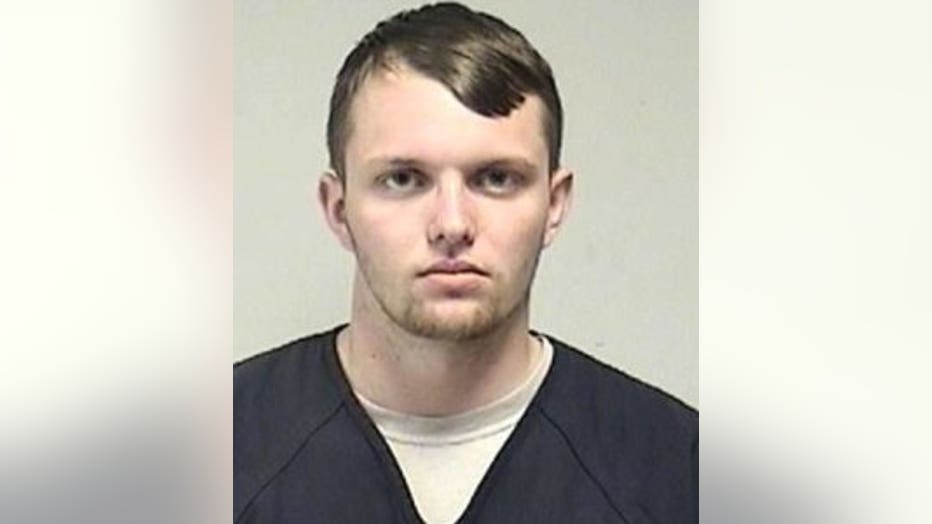 Kenosha County prosecutors said Tyler Huffhines, 20, had employees make professionally packaged cartridges. Authorities said the employees filled about 3,000 to 5,000 cartridges per day and were sold for $16 each.

"Based on how everything was set up, this was a very high-tech operation that was running for some time," Andrew Burgoyne, Kenosha County assistant district attorney, said during a Monday court hearing to set bond. Police said the business started in January 2018.

Police arrested Tyler Huffhines on Thursday, Sept. 5. He was being held on a $500,000 cash bond on charges of manufacturing/delivering THC, drug possession, maintaining a drug trafficking place, and misusing identifying materials. As of Tuesday, Sept. 10, formal charges had not been filed.

His attorney, Mark Richards, did not respond to an email or a phone message left at his office.

In a text message to FOX6 News, the mother of Tyler and Jacob Huffhines told FOX6, "It is sad what they are saying about really good kids," and, "The facts are so far off."

The arrests came as health officials continued to investigate 450 possible cases in 33 states where vaping was linked to a severe lung disease. Kansas reported its first death tied to the outbreak on Friday, Sept. 6. Nationwide, as many as six people had died as of Tuesday.

Health officials continued to warn against buying counterfeit vaping cartridges. It wasn't immediately known whether the Kenosha County operation was linked to any illnesses.

No single vaping device, liquid, or ingredient was tied to all the illnesses, as of Tuesday, but attention had been focused on devices, liquids, refill pods, and cartridges not sold in stores.

New York state officials have focused on an ingredient called Vitamin E acetate, which has been used to thicken marijuana vape juice, but is considered dangerous if heated and inhaled.

Officials with the Centers for Disease Control and Prevention were also investigating Vitamin E acetate, but officials said they were looking at several other ingredients as well. The CDC warned against buying vaping products off the street because the substances in them may be unknown. The agency also warned against modifying vaping products or adding any substances not intended by the manufacturer.

This wasn't the first time Tyler Huffhines has made it into the headlines. In 2018, the Kenosha News wrote a feature story about him when he was an 18-year-old Central High School student, selling athletic shoes online. The story's headline was, "Who Wants to Be a Millionaire?"