MILWAUKEE -- A vigil was held Sunday, Feb. 2 for a Milwaukee man critically wounded in a hit-and-run Friday, Jan.31 near 46th Street and Burleigh Street. A 50-year-old man was arrested after police said a witness followed the reckless driver.

On Sunday, loved ones came together to pray for 57-year-old Julius "Bud" Rodgers' recovery.

"I got a phone call from a friend of mine telling me my dad had been ran over by a drunk driver," said Dana Willis-Rodgers, Julius' son.

Rodgers' son fought back tears as he spoke about his father.

"We need the support," Willis-Rodgers. "My daddy fighting for his life right now. He's in critical condition. He's fighting." 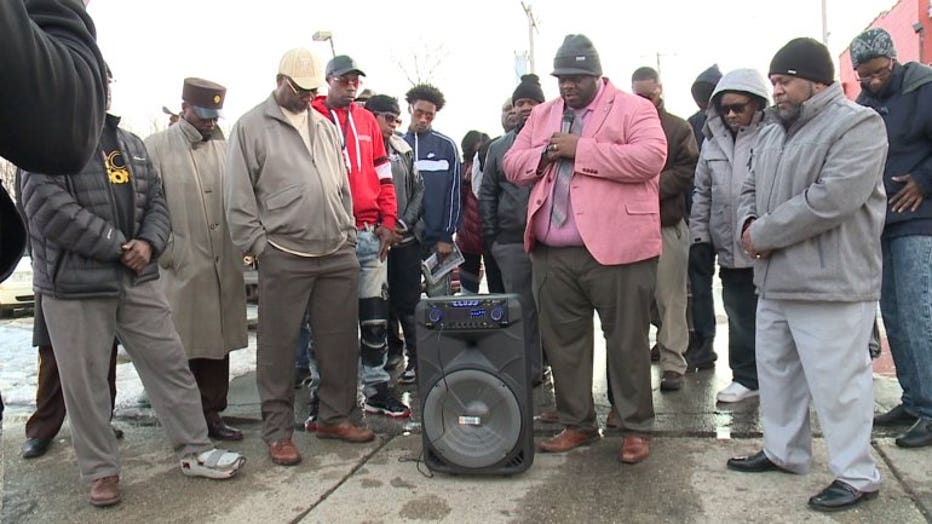 Rodgers is well known on the block where he was hit -- often helping business owners and strangers, picking up litter on the street. Dana Willis-Rodgers said his father was helping someone put groceries in their vehicle when he was struck.

After the crash, police said a witness followed the striking vehicle -- a white Cadillac DeVille, and the 50-year-old driver was arrested. Police said he was under the influence.

"We as a community have to attack this problem together," said Andre Lee Ellis, Julius' friend.

Family and friends not only asked for prayers but also, for the community to be smarter on the road.

"Let's talk about how to make these streets safer, and how to make the mentality of the people driving cars better, so we have healthier, whole people on the streets and less tragedy," said Andre Lee Ellis.

"Y'all almost killed my daddy, man, but he's a fighter," said Dana Willis-Rodgers. "He's a soldier, and he's going to get through this."