The Smith family had just finished celebrating the second birthday of their daughter when they smelled smoke coming from the garage.

PEACHTREE CITY, Ga. - The community is rallying to help a Georgia couple whose home was destroyed by fire this past weekend.

The Smith family was celebrating a birthday last Saturday at their home in Peachtree City. They’d just finished dinner and had settled into the living room. Mary Smith smelled heavy smoke coming from the garage. When Robert opened the door he quickly knew the house was a lost cause and it was time to save his family.

Two-year-old Braelyn was celebrating her birthday just a couple of hours earlier with her family in the kitchen - the nearest room to where the fire broke out. The next day in the ruins, there were still cupcakes on the counter and birthday decorations on the table. 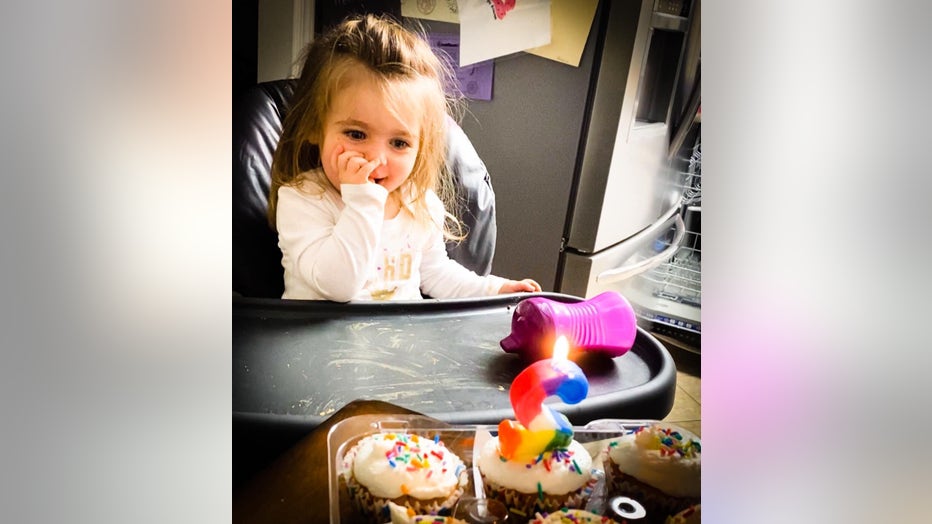 Braelyn Smith at her birthday just shortly before the family’s home was destroyed by fire.

Mary smelled smoke coming from the garage and screamed for Robert. When he opened the garage door, he says the hopes of fighting the fire quickly evaporated.

“I grabbed a fire extinguisher and opened the door and was immediately hit by a wall of black smoke,” Robert Smith said.  “There was no going in there." 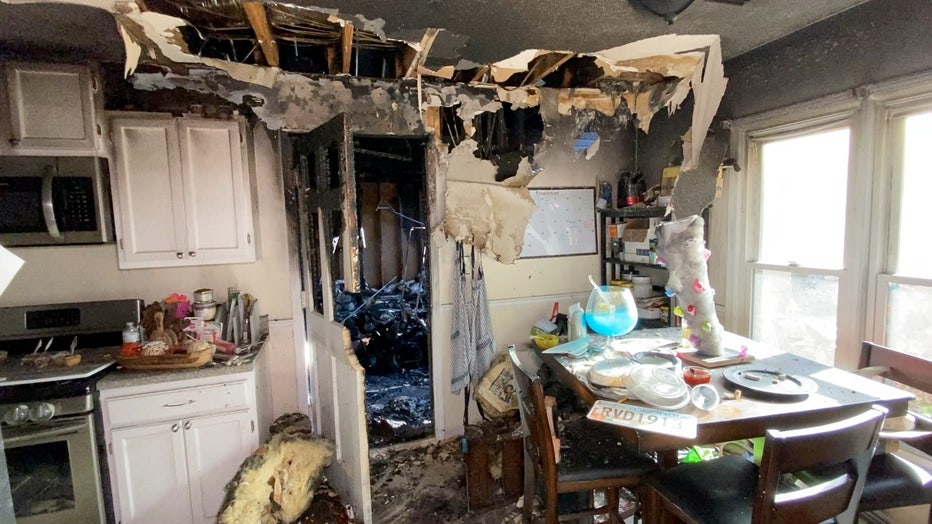 Their family is salvaging what they can from the house. It was destroyed, along with the family’s new mini-van in the driveway.

The community is rallying to help out. Mary is an evidence tech at the Peachtree City Police Department. Robert works on the security team at Trilith community. Both are grateful for the support they’ve gotten from both and the community. 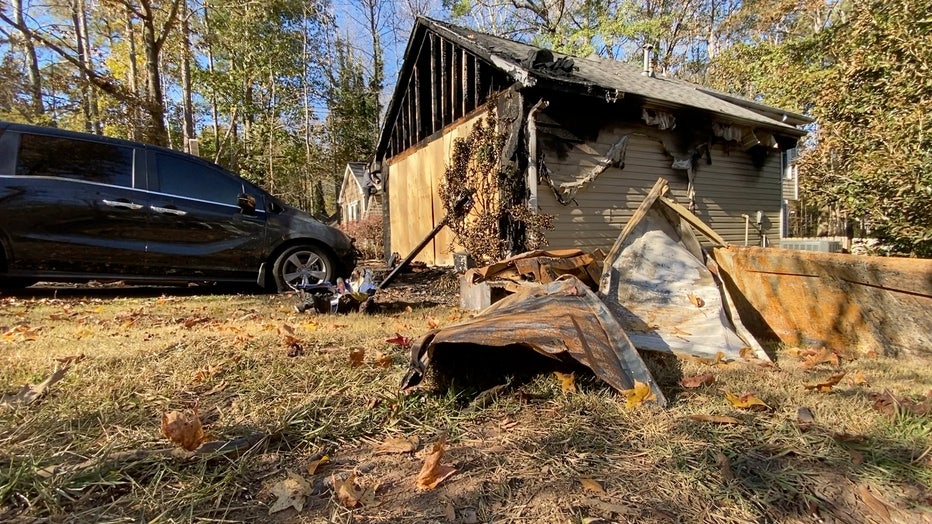 The Smith’s home in Peachtree City was destroyed by fire Saturday night.

But there is still a lot of need. A GoFundMe Page has been set up to help the family for anyone who wants to help donate online.

Fire officials say the cause of the fire may be an electrical issue in the garage.

It was a birthday that 2-year-old Braelyn and her 10-year-old brother Logan won't forget.