MILWAUKEE -- Do as I say, not as I do -- or much ado about nothing? Milwaukee Mayor Tom Barrett was photographed at a bar in Door County with a mask on, and, at one point, with his mask off. FOX6 News tracked down the person who took the photos, who now says the mask wasn't what she was concerned about.

"If you don't want to wear a mask, then stay home," said Mayor Barrett as he signed Milwaukee's mask mandate on Tuesday, July 14.

So, when someone snapped a mask-less shot of the mayor vacationing in Door County Saturday, July 18, it stirred the pot on social media. 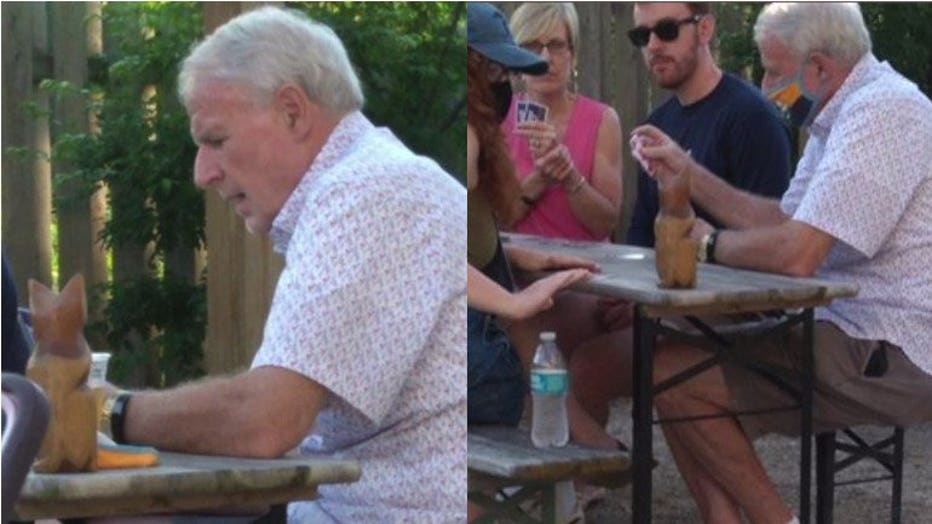 "I sent it to my friends and said how I thought it was hypocrisy right there, but I wasn't the one who shared it on social media," said the woman who took the photo.

Critics pounced on the "blatant hypocrisy," while supporters pointed out that Door County has no mask requirement, and Milwaukee's ordinance allows you to take off your mask to eat and drink.

"To be honest, he was following all of the mask protocols," said the photographer.

The woman who took the mask-less photo also took another one moments later showing the mayor with a mask on. She asked not to be identified, but said the mask was not her concern. It was the mayor both traveling, and going to a bar.

"He was one that said the bars are part of the problem, and he was at a bar in a different county," said the photographer. 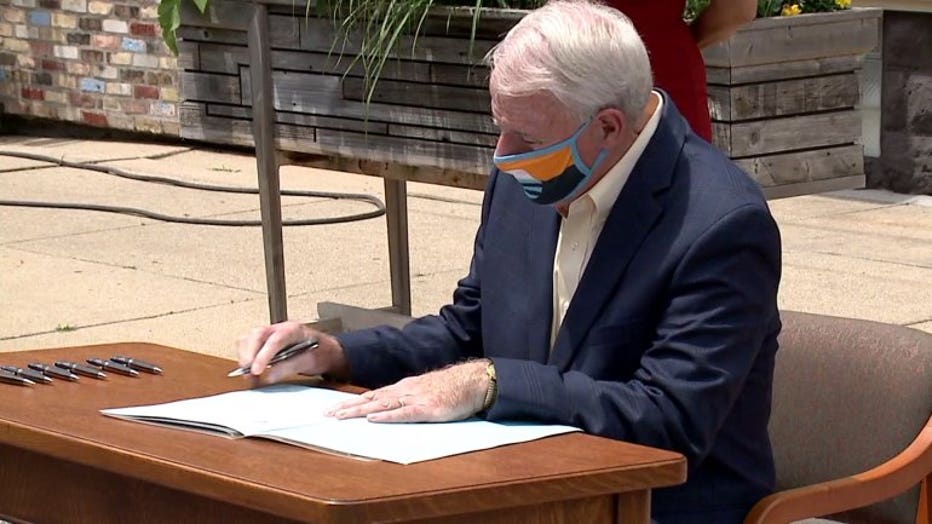 The Wisconsin Department of Health Services recommends Wisconsinites postpone or cancel all travel, including in-state travel, but it's not a requirement.

"It's more of the example he's setting," said the photographer. "If he wants people to listen to his advice, and stay home, and limit travel, he should do the same thing."

With Barrett still vacationing in Door County, his assistant told FOX6 News it's more about how you conduct yourself while traveling than whether you should travel in state at all. In a statement to FOX6 News, the mayor's staff wrote, "Mayor Barrett pleads guilty to having a beer with his wife and two of his children while appropriately social distancing. His actions were 100% in compliance with the mask ordinance in Milwaukee."

That statement does not address whether it's safe to travel when state health officials advise against it.