MILWAUKEE -- A growing number of voices are calling on Milwaukee County Sheriff David Clarke to apologize. This all stems from Clarke's confrontation with a passenger after a flight to Milwaukee earlier this week. Part of the controversy involves a meme the sheriff posted to Facebook. Some people see it as a threat.

The meme on the Milwaukee County Sheriff's Facebook page is generating hundreds of comments -- many disturbed by what's written.

The man in the hat is Dan Black.

"Foolishly I asked him, 'are you Sheriff Clarke?' He responded 'yes,' so I shook my head a little bit. From behind I hear 'you have a problem?' I shook my head again and I kept moving," said Black.

Black says he approached the sheriff on Sunday, on a flight from Dallas to Milwaukee. Clarke was allegedly wearing Dallas Cowboys gear, and Black says he simply shook his head at the sheriff. When the plane landed in Milwaukee, Black says he was met by six deputies and two K-9s. On Facebook, Clarke says he preempted a possible assault.

"I've already apologized to Dan Black on behalf of the county," said Abele. 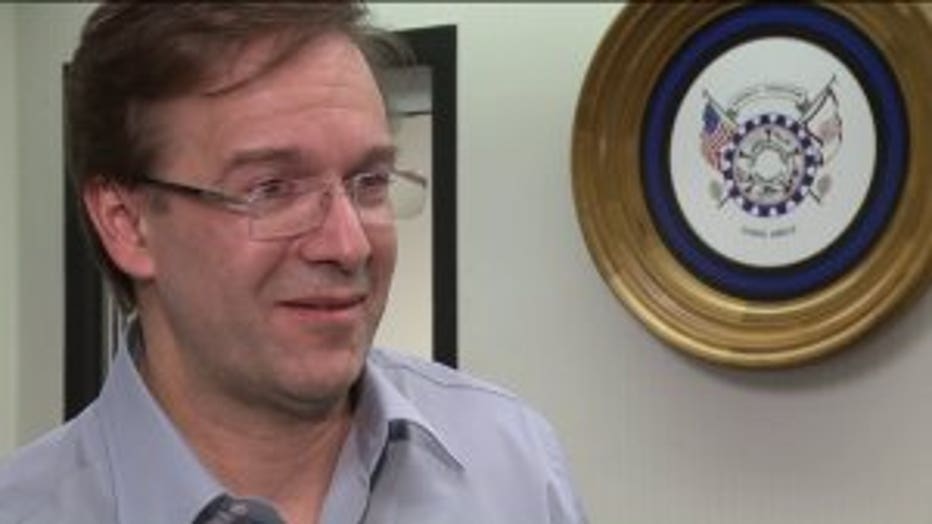 When FOX6 News wrote to Clarke, asking for comments on a press conference held by Milwaukee Coalition Against Trump, calling him out for alleged abuse of power.

"He needs to apologize, absolutely," said Maricela Aguilar Monroy, co-chair of the Milwaukee Coalition Against Trump.

After our request, that's when the sheriff posted the meme and a response to the coalition's planned protest, calling it a juvenile, leftist, anti-cop tantrum. The post went on to read, "FOX6 continues to be snookered into fake news. Milwaukee deserves better."

"And a threat! Don't do it again or maybe I'll knock you out. I mean, it's just juvenile," said Abele.

Abele says the airport incident was a waste of taxpayer dollars. He says the only way to truly make a stand against Clarke, is to vote him out of office.

An attorney representing Dan Black has reached out with a statement reading:

I represent Dan Black, who is being harassed by Sheriff David Clarke. My statement is below.

Citizens should be able to complain about public officials without fear of retaliation. Sheriff Clarke's statements are coldly calculated to intimidate Mr. Black with physical violence for engaging in Constitutionally protected activity. Law enforcement simply do not have license to beat up citizens for whatever perceived slight. Mr. Black will preemptively stop Sheriff Clarke's attacks with the full force of the legal system. In addition to protecting Mr. Black’s rights, we will work to ensure that Mr. Black is safe from the dangers caused by Sheriff Clarke’s promotion of violence.

Meantime, the "Milwaukee Coalition Against Trump" is speaking out against Clarke's comments. The group is demanding that he apologize.

The group's leaders said they'll be in downtown Milwaukee on Friday, January 20th, to protest the inauguration of President-elect Donald Trump. 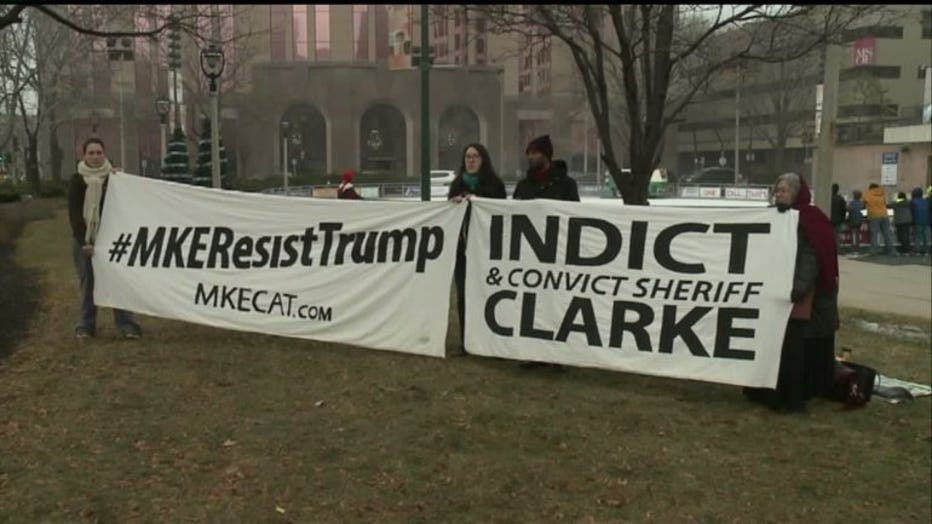 "He has to go out there and verbalize that he is here to protect the people of Milwaukee. To threaten somebody he was sworn to protect doesn't make sense in any way," said Aguilar Monroy.

The sheriff has been out of Milwaukee this week, he's in Washington, D.C. attending President-elect Donald Trump's inauguration.