Police say the two suspects -- a man and woman -- stole numerous Milwaukee brand power tools from the Home Depot on Thunder Ridge Drive in Menomonee Falls and fled in a black Nissan Maxima that did not have license plates.

Authorities say the suspects have been involved in other recent retail thefts. 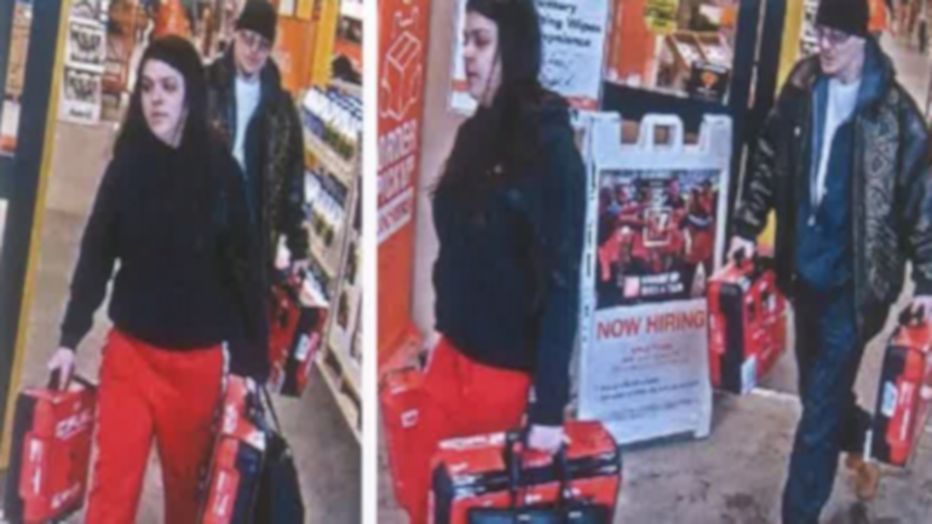 Anyone with information on either suspect should contact the Menomonee Falls Police Department at 262-532-8700 and reference case #20-012414. To make an anonymous tip, contact Waukesha County Crime Stoppers by calling 1-888-441-5505, through the website at HERE, or through the new P3 phone app that can be downloaded through either the App Store or Google Play.