Justin Suarez, the artist behind the mural, said the history behind the painting's design tells a story.

The mural depicts a waterfront scene and features different animal species -- such as beavers and the belted kingfisher -- that were found in great numbers in the greater Milwaukee River many years ago, but have since mostly disappeared as the health of the rivers deteriorated.

As the waterways' health improved, some species have begun to return -- leading to beaver and otter sighting in downtown Milwaukee. 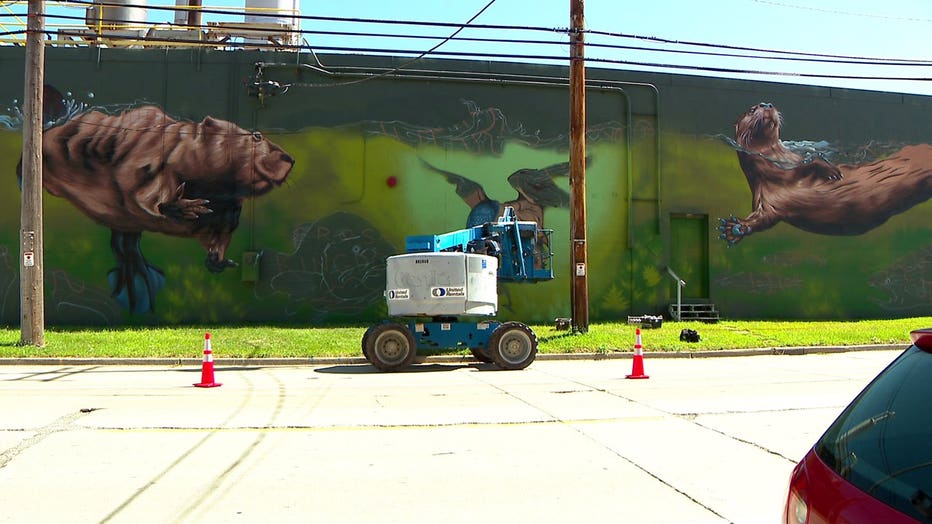 "During quarantine and lockdown, river otters and beavers have come back to this section of river in the city, and that hadn't happened in about 100 years," Suarez said.

The project, which started Aug. 1, is the latest in a series of art installations meant to enliven the area. The first mural was painted in 2017 on the railroad bridge over Greenfield Avenue near Barclay Street by artist Nova Czarnecki.