Police say a vehicle is suspected to be involved in two pursuits Thursday, but it's what was inside the car that was more disturbing.

The same vehicle is suspected to have been involved in another pursuit earlier that day, but it's what was inside the vehicle that made the chase even more disturbing.

"Our community service officer became aware of a hit-and-run when he was flagged down by a citizen," said Eric Lindstrom with the Greenfield Police Department.

Police said a truck hit a car near Highway 100 and Layton Avenue, then drove off. Officers later found the truck near 60th and Howard, and it took off again.

The pursuit continued from Howard south onto 60th and onto I-894, Lindstrom said. 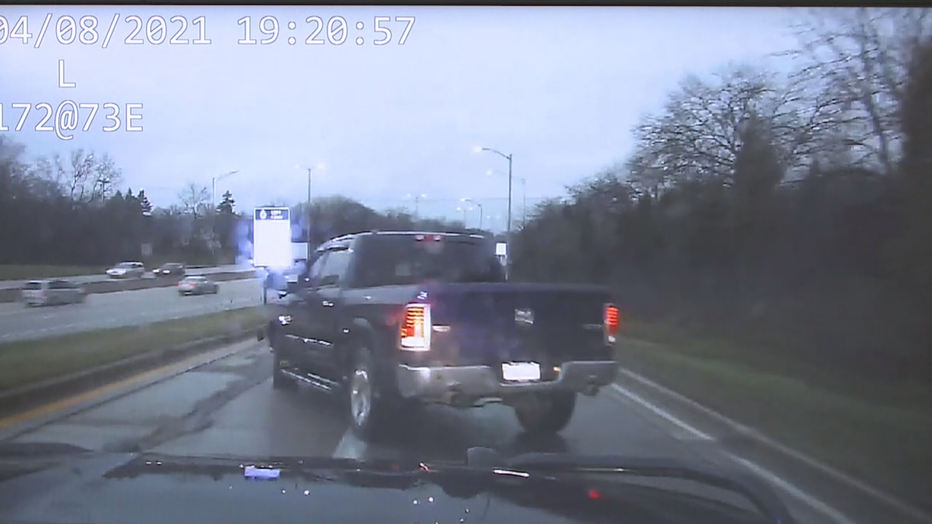 The chase was less than a mile, lasting just 10 minutes. Dashboard video shows the moments police performed the PIT maneuver and brought the suspect's vehicle to a stop.

No one was injured, but what police found inside the truck was shocking.

"We found two adult males in the car and, unbeknownst to officers due to tinted windows on the vehicle, once it was stopped and they searched the car -- they found a 9- and a 6-year-old child in the back seat," Lindstrom said.

"I can’t believe that a parent or guardian or anybody else having children in their car would even consider putting them in that kind of danger." 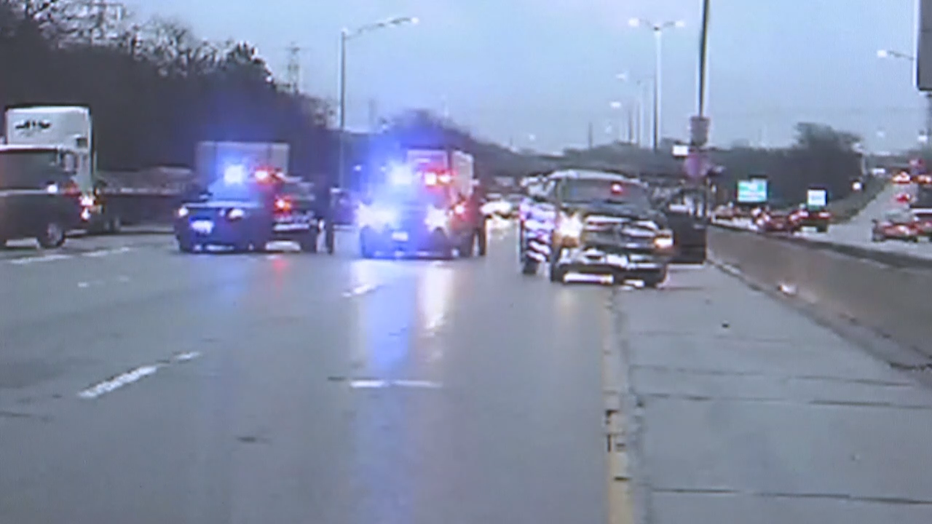 A resident, who lives nearby, caught footage of the incident on his drone. 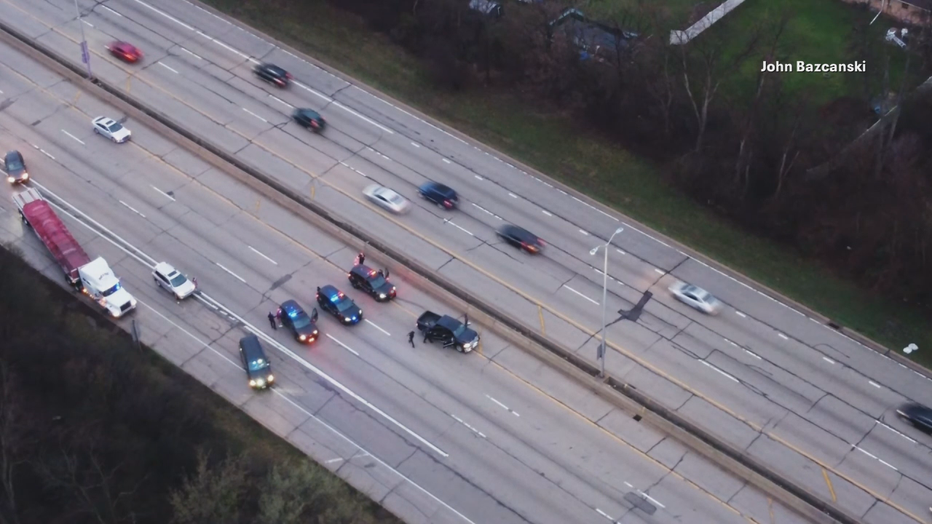 Police said they also found a gun, drugs and money in the truck.

The two suspects -- a 31-year-old driver and a 33-year-old passenger, both from Milwaukee -- will be charged in the coming days.

The entrance ramp on I-894/43 WB at 27th Street is closed Friday, April 9 after a semi-truck flipped over on its side.