Greendale police: Suspect in series of crimes dead after crashing car during pursuit

Greendale police: Suspect in series of crimes dead after crashing car during pursuit 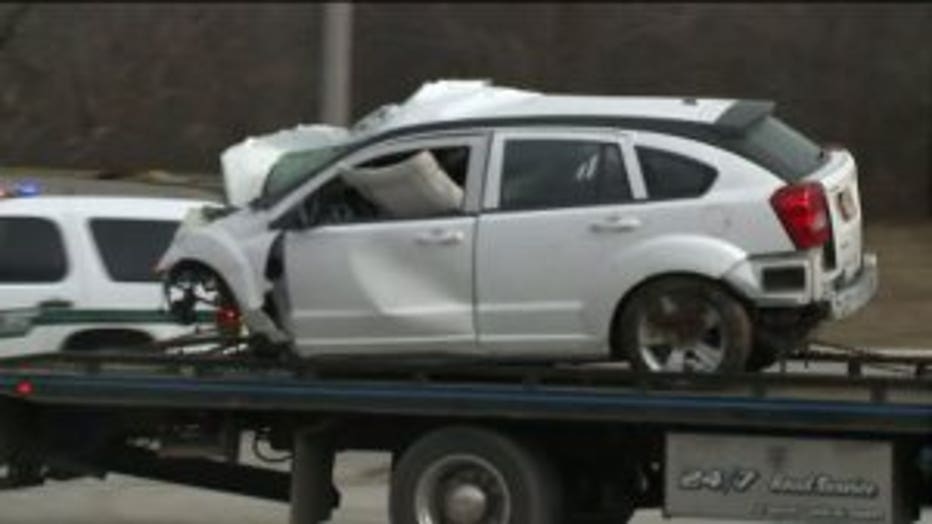 BROOKFIELD -- Greendale police say a man who was suspected in a series of crimes, beginning with an attempted bank robbery in Brookfield is dead after crashing his car on Loomis Road in Greendale on Monday, February 29th.

The wreck happened on Loomis Road, a few blocks south of Grange Avenue.

Police say the suspect's car left the roadway and crashed into a concrete pillar. The car initially caught fire.

The suspect was pronounced dead at the scene.

Officials say the suspect attempted to robbed a bank at Bluemound and Calhoun in Brookfield on Monday morning. He was driving a white Dodge Caliber with license 804-VXX. 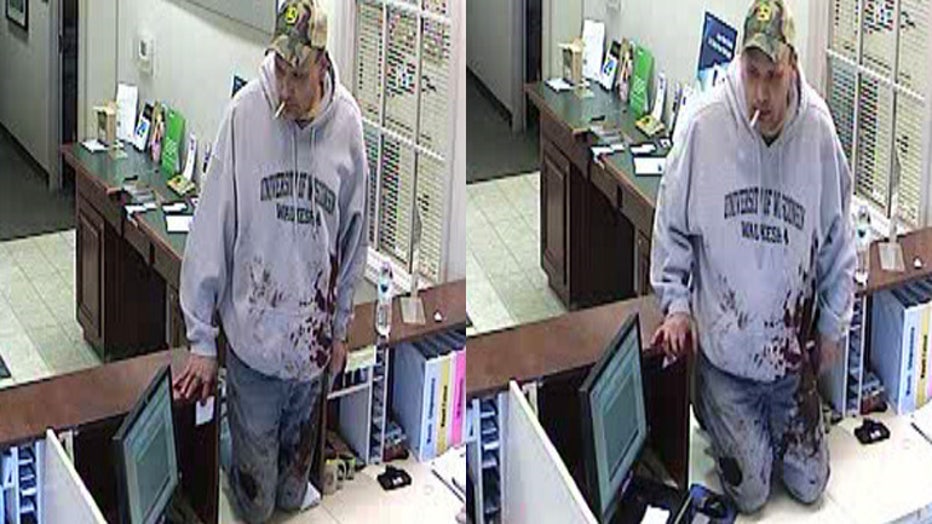 The suspect was described as having blood on his clothing -- but officials said those injuries were self-inflicted -- a result of an earlier domestic incident, police said. 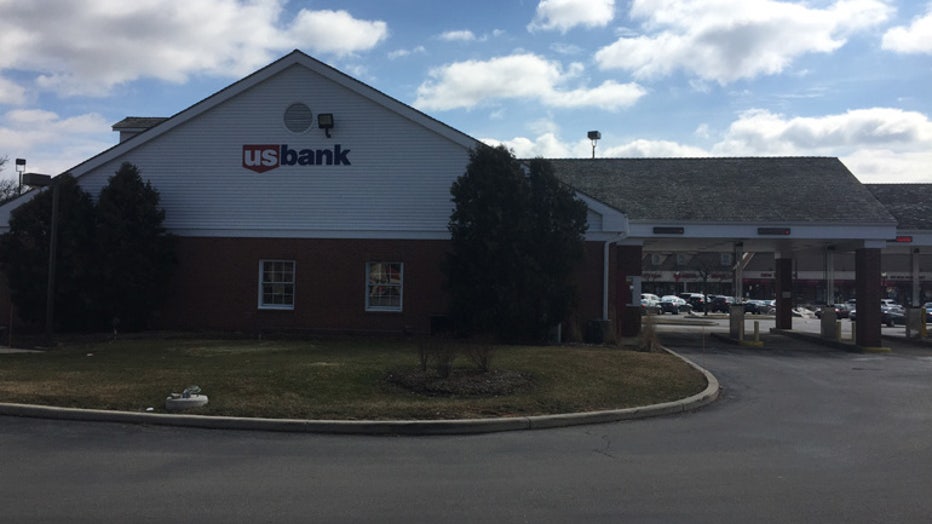 Greendale police say after the attempted bank robbery, Greendale officers responded to two reports of attempted carjackings at Southridge Mall. Prior to officers' arrival at the mall, the suspect fled in his own vehicle. He was last seen heading northbound on S. 76th Street.

Witnesses were able to obtain a vehicle description and license plate number. 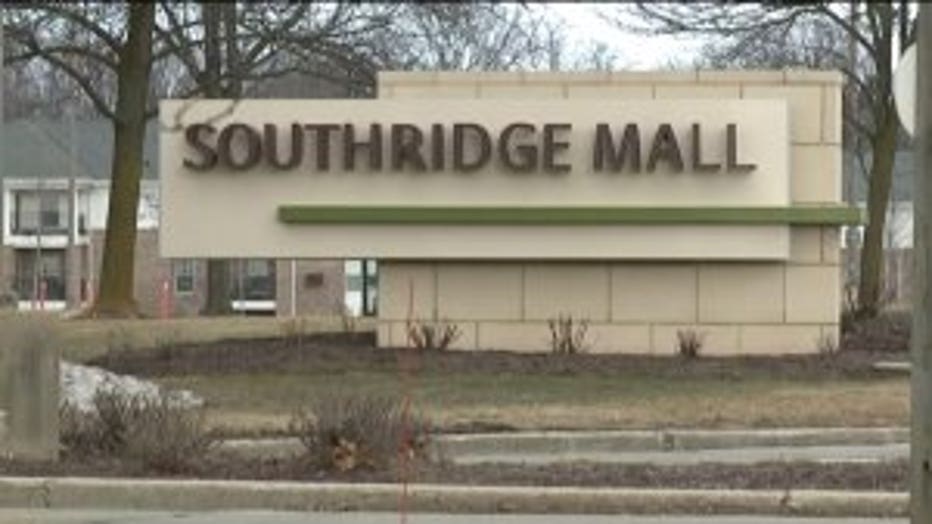 In the attempted carjackings, Greendale police say the suspect never displayed a weapon, and no one was hurt. The suspect wasn't able to get away with the victims' vehicles.

Greendale police say the suspect vehicle description, the license plate number and the suspect description was the same as it was following the attempted bank robbery in Brookfield, and a domestic incident in Waukesha County in which the suspect suffered self-inflicted wounds.

After fleeing the scene of the attempted carjackings in Greendale, police say the suspect and vehicle were observed at a gas station in Oak Creek, where the suspect committed a theft.

Store employees contacted police, and officers located the suspect vehicle and attempted to stop it.

Officers from the Oak Creek and Franklin Police Departments were pursuing the vehicle northbound on Loomis Road when the vehicle left the roadway and struck the concrete pillar. 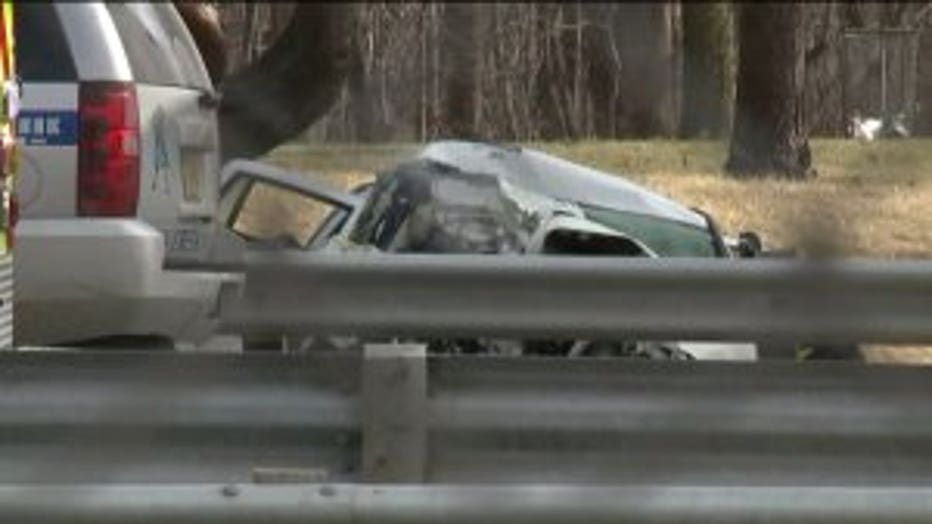 The driver was pronounced dead at the scene. He was the only occupant of the vehicle.

"It was not a PIT (maneuver) or stop strips. The vehicle left the roadway and crashed into the pillar. The vehicle was on fire for a small time, but it was not fully engulfed," Rosenow said.

Officials closed down Highway 36/Loomis Road during this investigation. The mangled vehicle was towed away just before 3:00 p.m.

The driver/suspect hasn't been identified. 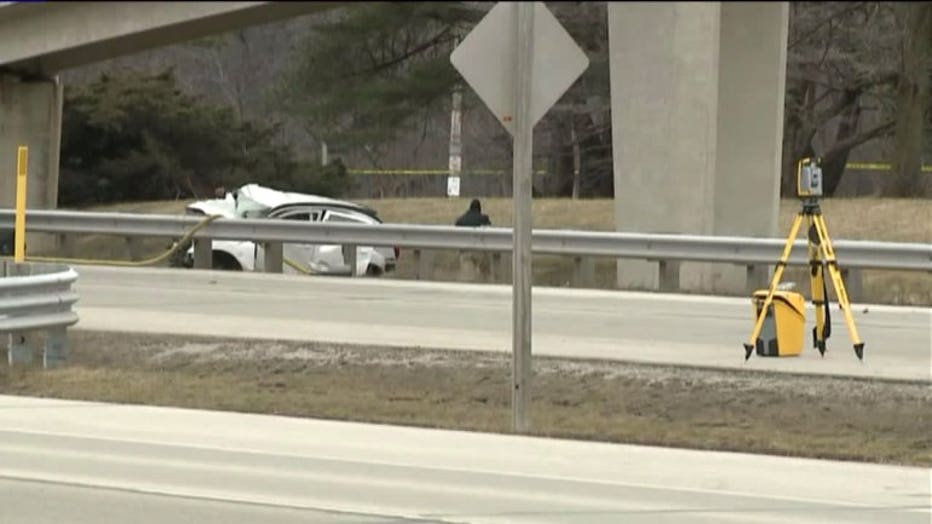