Saying thank you from one hero to another, the Wisconsin VFW honored a Greendale fire chief for his service to his community, including one of his own firefighters.

GREENDALE, Wis. - Saying thank you from one hero to another, the Wisconsin VFW honored a Greendale fire chief for his service to his community, including one of his own firefighters.

In February, Greendale Fire Lieutenant Mike Schmitt was among the crews rushing to a house fire in Muskego. He'd learn the fire was at his home.

Since then, his chief, Kenten Kais, has worked diligently to help his family rise from the ashes, including an assist from a high school student. 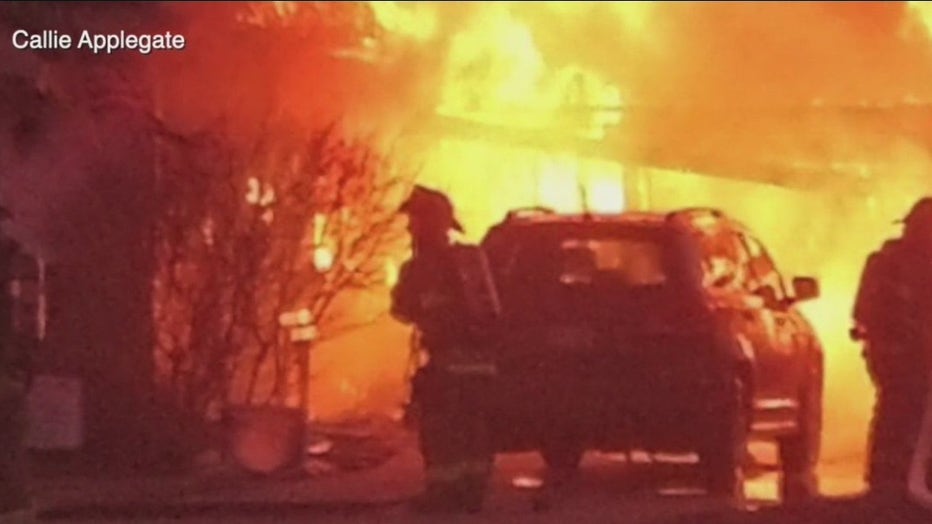 "He's been able to help raise so much money for the Schmitt family, it's unbelievable," said Morgan. "I cannot believe how dedicated he is to the Greendale community and beyond."

In February, on the ride home from her high school play practice, Morgan saw a plume of smoke fill the air. The flames were just down the street from her home.

"I really wanted to help in some way. I just didn't know how," said Morgan. 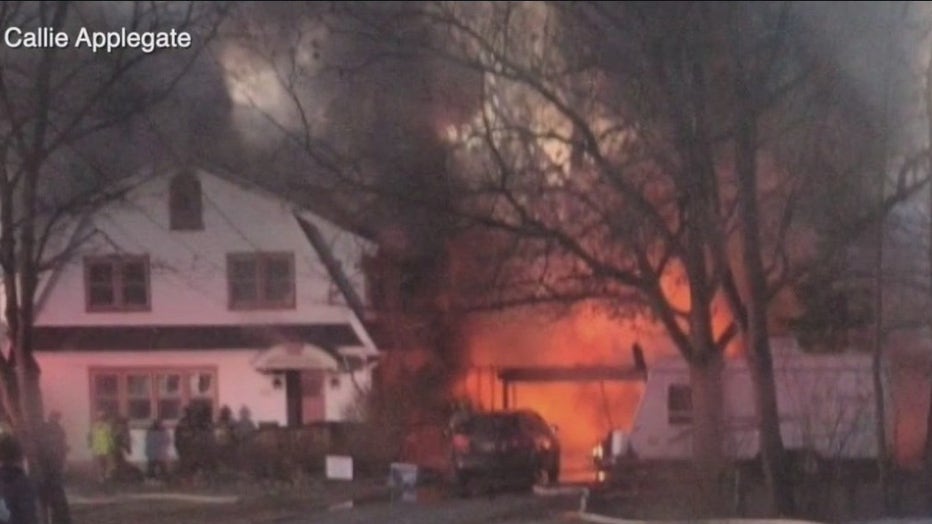 She learned that fire destroyed the home of a Greendale Fire Lieutenant Mike Schmitt, so she reached out to Chief Kais to help, designing T-shirts to benefit the family. It was a conversation that would result in so much more.

"She wanted to reach out without even knowing the family yet," said Kais. "It didn't matter who they were. She wanted to help."

The benefit went both ways. Chief Kais helped her build up the confidence to perform in a school play that he attended, which brings us to Monday night, June 27. 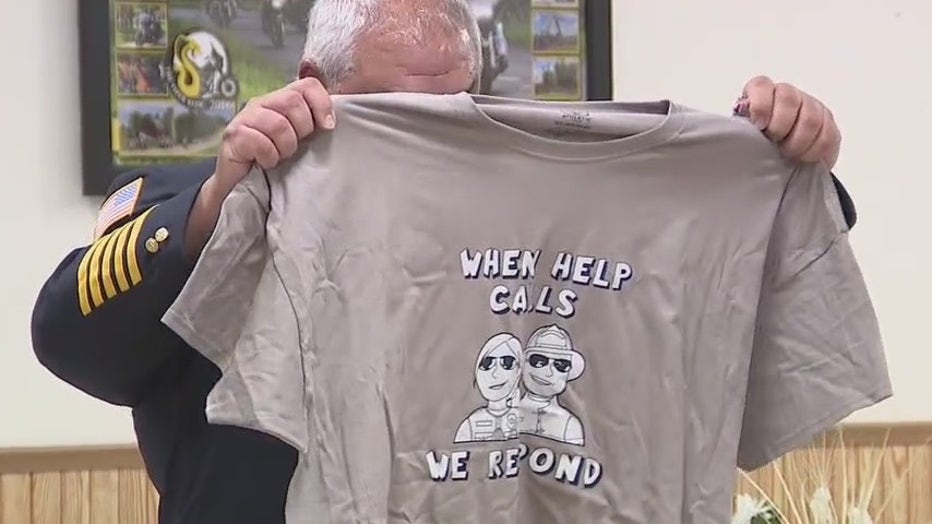 "Ever since I've known him, he's just been one of the nicest people I've ever met in my life, and he's such an inspirational leader," said Morgan.

Her family nominated Kais for a hero's award through the VFW, a gesture of thanks for a public servant helping more than just his own community. 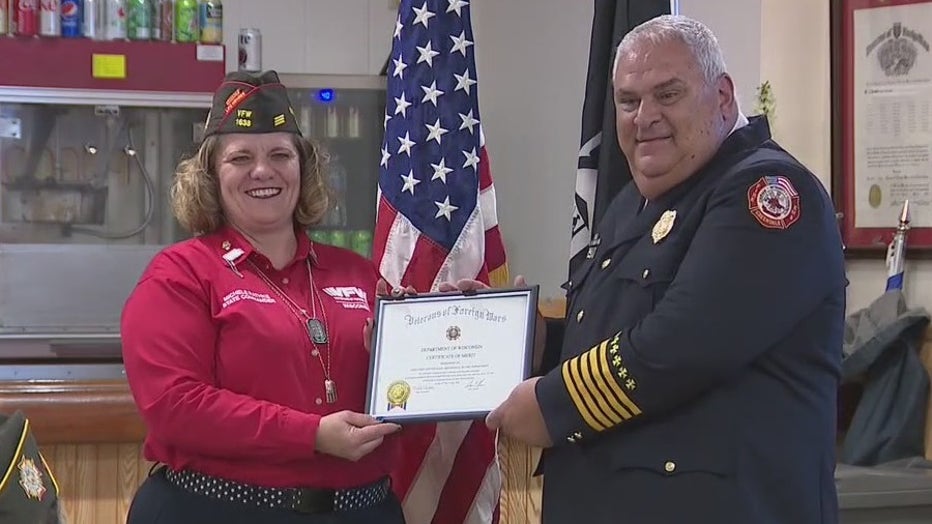 Kais said Schmitt has returned to work, and their house is being rebuilt. He said while the award has his name on it, it's really meant for his entire department.