A D.C. man is taking his grandma on the road trip of a lifetime. FOX 5's Jacqueline Matter spoke with the duo about their joyride across the country.

WASHINGTON - A D.C. man is taking his 92-year old grandma Joy on the road trip of a lifetime. The two have set out to visit every national park in the United States.

FOX 5's Jacqueline Matter spoke with the duo about their joyride across the country. 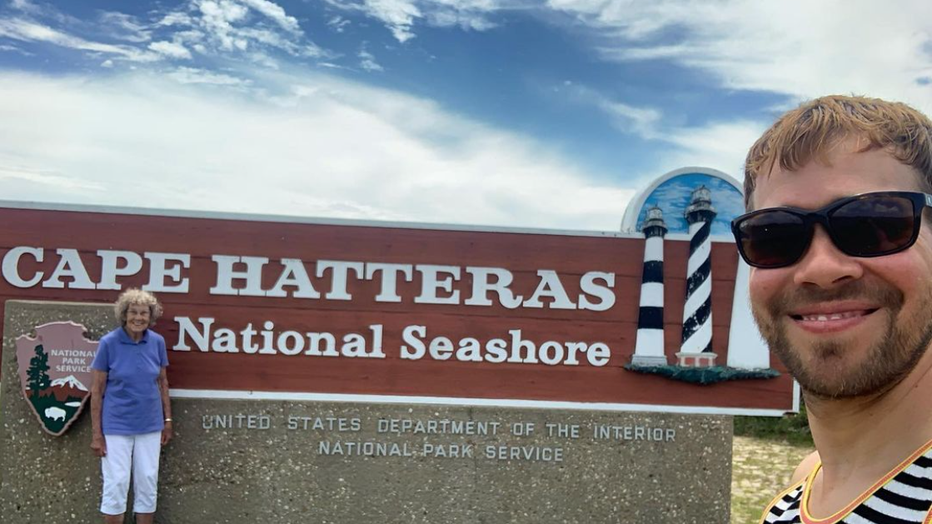 Brad Ryan has made it his mission to take 92-year old Joy Ryan, also known as Grandma Joy, to all 63 U.S. National Parks.

Until seven years ago, she had never seen a mountain or an ocean.

Now they are just one park away from reaching their goal.

Brad Ryan and his 92-year-old grandma are nearing the finish line of their journey.

A feat they once thought was impossible. 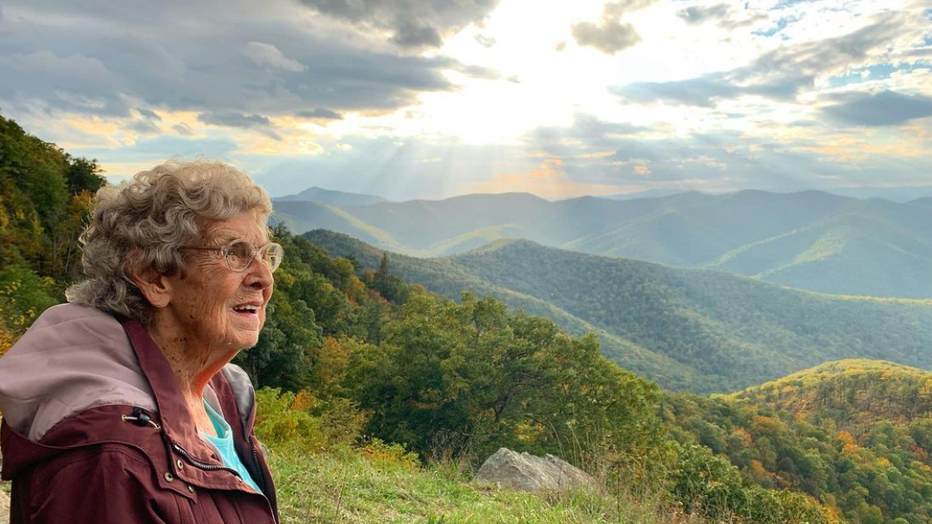 Seven years ago, this Labor Day weekend, Brad was having a conversation with Grandma Joy and trying to make plans for the holiday.

"I’m talking about my memories on the Appalachian Trail that I hiked in 2009 and she's telling me, ‘I've never seen a mountain, I wonder what that's like.’"

That’s when the duo took off on their first trip to the Great Smoky Mountains, not expecting it to be anything more.

"When you end up in a tent with this, this person who’s smiling and laughing in the rain, and then climbing a mountain the next day," Brad said. "It really opened my eyes up."

Grandma Joy climbed her first mountain at the age of 85.

"I always knew that she had this larger-than-life soul," Brad said.

Since then, she’s stood under the trees of the Redwood Forest and rolled in the sand dunes of Colorado.

The pair have trekked to Yellowstone, Zion and Yosemite.

Most recently, she set a new record as the oldest person to zip line and rappel through the newest national park at New River Gorge, proving along the way that age is nothing but a number.

"Everybody has the capability of doing something," Grandma Joy said. "A lot of people let age hold them back. I know everybody thinks well you’re too old to do that kind of thing. And I feel like

what the heck do you know about us?"

When the COVID-19 pandemic hit, the two were forced to slow down.

In July 2021 they were able to get back to their adventures taking on their biggest feat yet: All eight national parks of Alaska.

With more than 60,000 followers on Instagram, Brad documents the special bond they share on their adventures reminding us all of the magic that can unfold in the company of others.

"I just felt that if she was willing to come along for the ride that she deserved to have these golden years be as golden as possible," Brad explained.

"It's great to get to the end in one way and sad that the adventure is over. So, we'll have to figure out something else to go from here on I guess," Grandma Joy added.

Brad and Grandma Joy’s last park to visit is the National Park of American Samoa.

They plan to cross that off their list sometime this spring, around the time she turns 93.