MILWAUKEE -- The return of Milwaukee Brewers baseball has some fans feeling fired up, but high school seniors who planned to throw their caps in the air at Miller Park may now be out of luck.

Several high schools in southeastern Wisconsin -- including Homestead High School in Mequon -- planned to host graduation ceremonies at the ballpark in July.

However, in a recent letter to seniors and their families, Homestead's principal, Eric Ebert, wrote that he was informed by the Brewers about a conflict with the to-be-resumed MLB season. 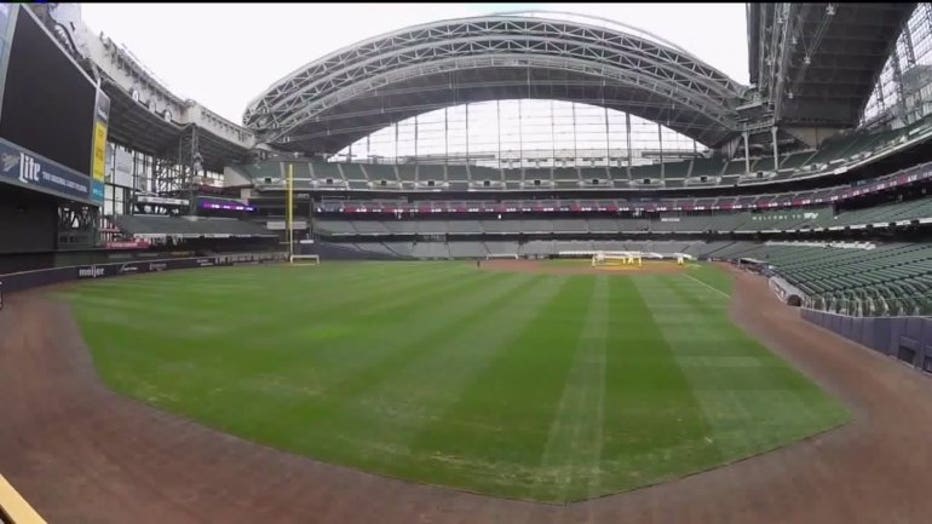 Because the team will be returning to practice, commencement for Homestead could no longer be held on July 18 as originally scheduled.

"We were all pretty excited to be going there, we talked about instead of walking the stage, we'd be rounding the bases instead," Josh Teplin, a Homestead senior, said. "At this point I'd almost rather just have it on the 18th at Homestead, just to get all of us seniors together one more time, at a safe space."

Ebert also said the school is working with Miller Park to discuss an alternate date for the ceremony. If that isn't an option, they plan to host a smaller event at the high school.

Miller Park issued the following statement on the conflict:

"With Milwaukee being in Phase Four of reopening, we are complying with the attendance restrictions that are in place. To that end, hosting graduation ceremonies is not possible. We support the health and safety measures that are in place, and look forward to hosting these groups and many other high-attendance events in the future."

Statement from Ebert to families:

At this time, I regret to inform you that our graduation ceremony cannot take place on July 18 at Miller Park as planned.

Earlier this week, the Brewers let us know that because the baseball team was returning to practice, and doing so at Miller Park, that no other events would be able to take place at Miller Park. Area high schools who were planning to hold their commencement ceremonies there have been notified of this change.

In working with Brewers officials, we are still optimistic that our event can take place at Miller Park, albeit at a later, undetermined date in July. This will depend on the Brewers schedule which will be released next week, as well as local health guidelines for the end of July.

As you are aware, we chose Miller Park as our graduation site because we felt it provided us with the greatest chance to hold an event with the same number of people we would have had at a typical Homestead commencement.

If it becomes clear next week that Miller Park is no longer an option, we will work with the public health department to design a small ceremony for students at our Homestead campus on July 18. Should this be the case, I will provide more information as plans get developed.

Please know, I want nothing but the best for the Class of 2020. I understand how disheartening this news is and how it alters plans for all of us. I appreciate your patience and flexibility as we work through yet another bump in the road during your senior year.