"I'm thrilled to welcome these new Cabinet secretaries to the team. The idea that in order for me to win, you have to lose badly, and the victory is more important than the end result are not the way it's always been in Wisconsin, nor should it be that way. Working together in collaboration with labor, advocacy groups, the community at large, the subject matter experts -- we can make a real difference. I look forward to working collaboratively with the leaders of our Legislature to ensure that all people from all walks of life feel welcomed," said Evers. 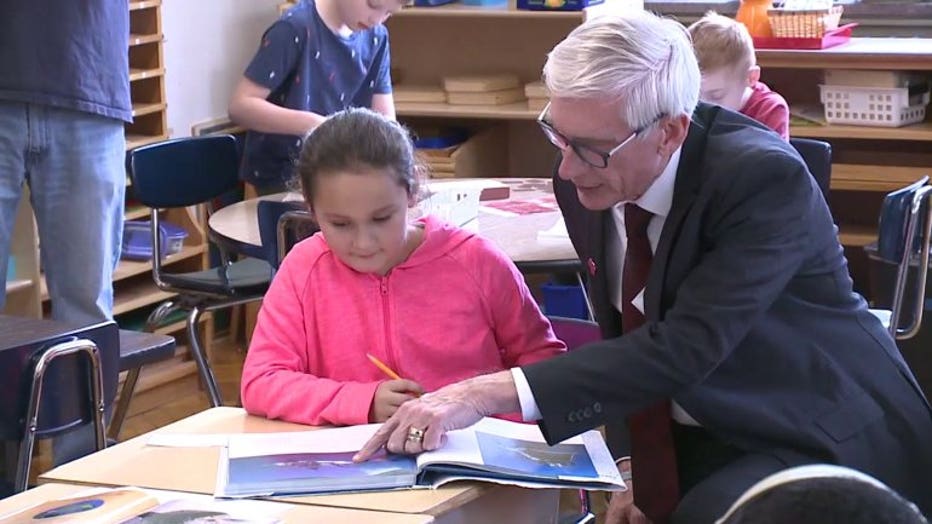 The picks drew criticism from Republicans, who accused Evers of not looking outside of Wisconsin's largest city for appointments. But outgoing Gov. Scott Walker, a Republican, praised Evers' choice to run the Department of Natural Resources as a "solid pick" who understands issues statewide.

The four Cabinet secretaries named Wednesday are the first of 17 Evers will make before replacing Walker on Jan. 7. Evers said at a news conference to announce the picks that concern over a lack of geographic diversity will dissipate with subsequent announcements in coming days. 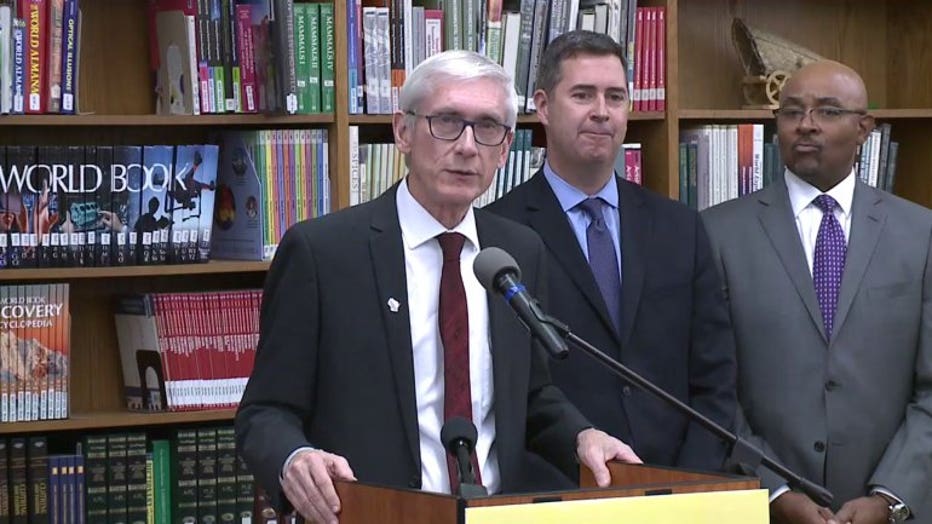 Evers, the state school superintendent who lives in Madison, said his choices were based on his appointees' talent, not their addresses. But he also said that having a thriving Milwaukee is good for all of Wisconsin, as it "absolutely drives" what happens in the rest of the state.

Still, that didn't stop criticism from Republicans outside of Milwaukee.

"For those that may not be aware, there are good, qualified people outside of Milwaukee and Madison," tweeted Republican Assembly Majority Leader Jim Steineke, of Kaukauna. "Hopefully the rest of the state will eventually be represented in this administration."

Republican Rep. Scott Krug, of Nekoosa, tweeted that picking leaders of the Department of Natural Resources and Tourism from Milwaukee is "not very encouraging so far. I'm glad the Legislature is full of great voices for rural WI. Doesn't look so far like the administration will be."

Evers won Milwaukee with 78 percent of the vote.

All of the appointees are subject to confirmation by the state Senate, where Republicans will have a 19-14 majority. Under a change approved in the lame-duck legislative session earlier this month, Evers would be barred from nominating the same person again if the Senate has already declined to confirm them.

Evers won Milwaukee with 78 percent of the vote.

All of the appointees are subject to confirmation by the state Senate, where Republicans will have a 19-14 majority. Under a change approved in the lame-duck legislative session earlier this month, Evers would be barred from nominating the same person again if the Senate has already declined to confirm them.

The appointees Evers announced are: 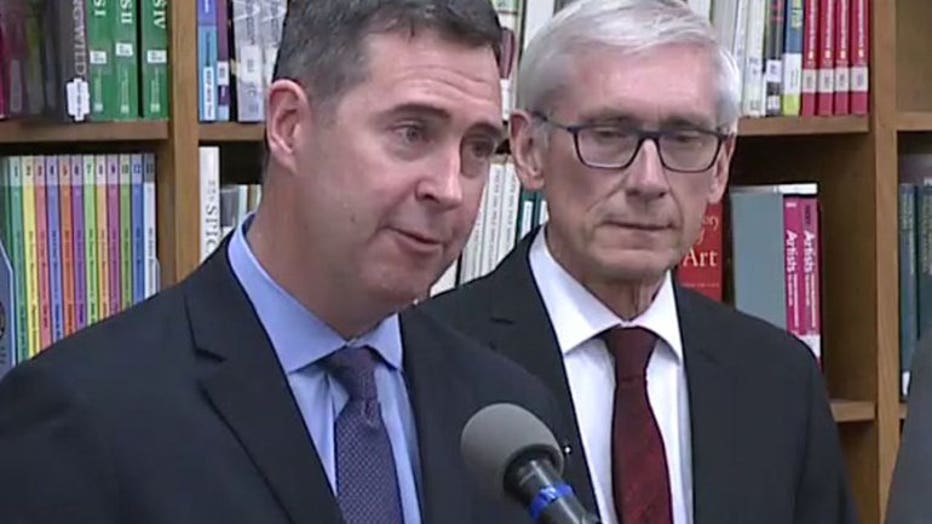 — Joel Brennan, chief executive officer for the Discovery World Science and Technology Museum in Milwaukee, will serve as Evers' top aide leading the Department of Administration. Brennan previously worked as campaign manager for Barrett's unsuccessful 2002 run for governor and his winning run for mayor in 2004. Brennan has run Discovery World for the past 11 years. His brother-in-law is Kevin Conroy, the chief executive officer of Exact Sciences Corp. and the co-chair of Evers' transition team.

"If independence is supposed to be a hallmark of his administration, he's already disproving it by showing that political connections are more important than anything else," Vos said of Evers. 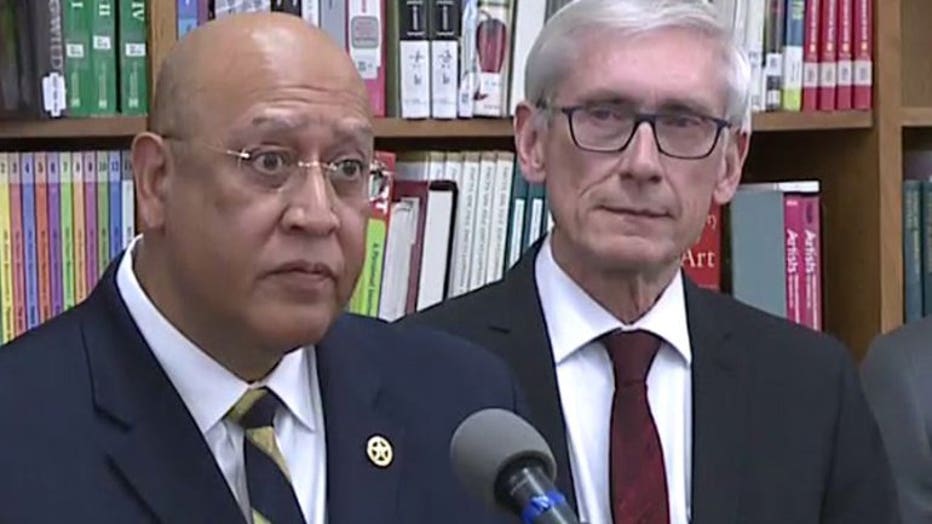 But Walker tweeted praise for Cole, while also seeming to discount concerns about him being from Milwaukee.

"He did a good job on the board and understands the importance of the entire state," Walker tweeted. 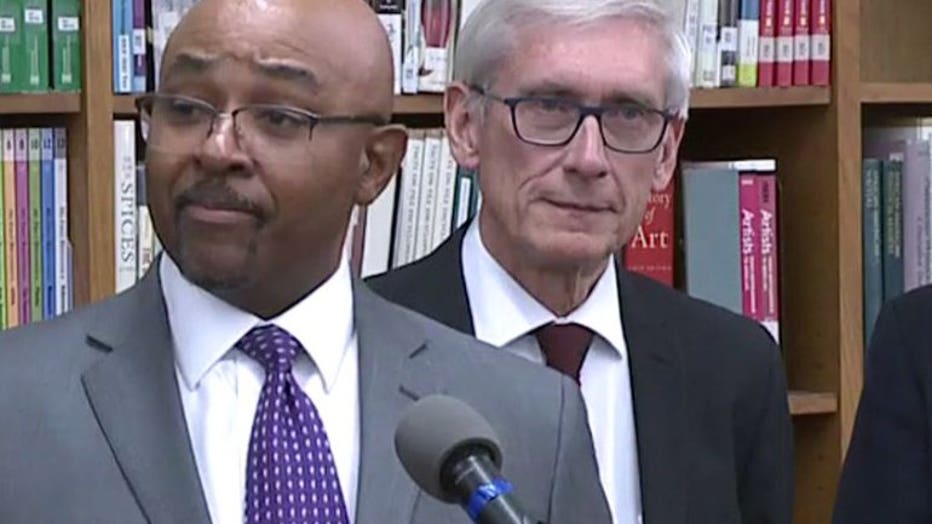 — U.S. Marshal Kevin Carr will be secretary of the Department of Corrections. Carr previously worked 30 years in the Milwaukee County Sheriff's Department before becoming a marshal for the eastern district, which includes Milwaukee, in 2010. He is a member of the National Organization of Black Law Enforcement Executives.

Referencing the criminal justice overhaul passed by the U.S. Senate on Tuesday, Carr said Wisconsin "has an unprecedented opportunity to move in that same direction." 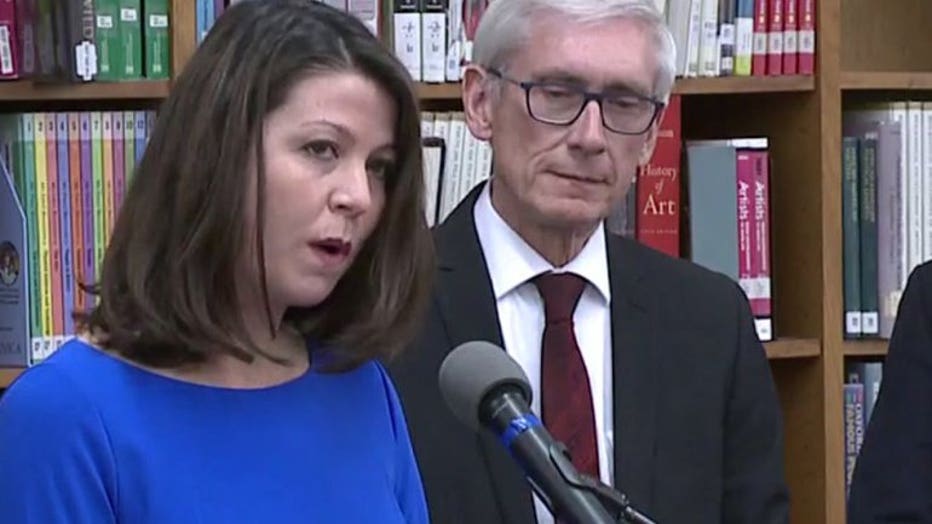 — Sara Meaney, chief marketing and development officer at Milwaukee Film, will serve as secretary of the Department of Tourism. She replaces Stephanie Klett, who has been Tourism secretary for eight years under Walker. Several Republican lawmakers, and even on Democrat, urged Evers to retain Klett , a 1992 Miss Wisconsin and former host of the long-running "Discover Wisconsin" tourism television program.