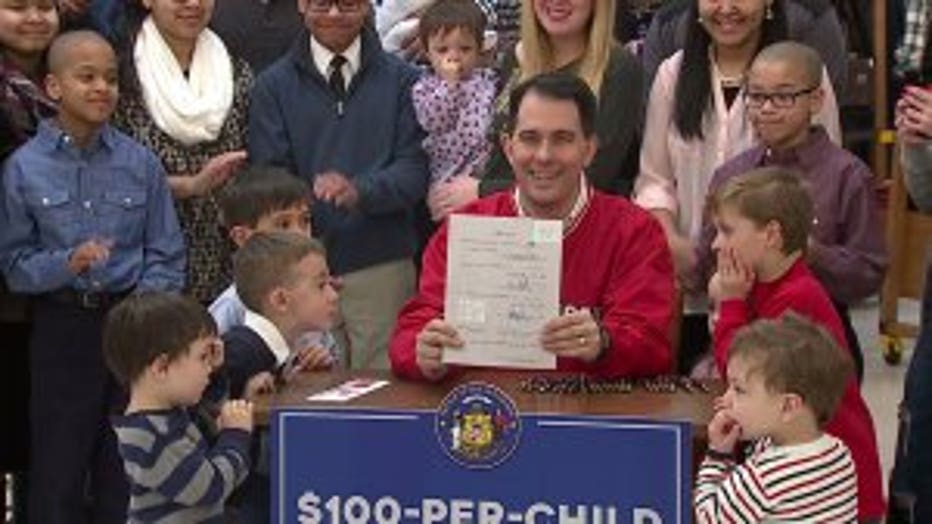 WAUKESHA -- Gov. Scott Walker says most Wisconsin families with children at home will get money from the state by the end of July because of a child tax credit he signed into law on Tuesday, April 17.

The measure also includes a sales tax holiday, which the governor expanded to exempt certain items from the state's 5 percent sales tax during the first five days in August. Together, the two tax breaks are estimated to cost the state $137  million.

The Legislature passed the proposal earlier this year despite criticism from Democrats who said it was an election-year gimmick from a governor who faces a potentially tough battle to keep his job this fall.

"Good policy is always good politics," Walker told reporters after signing the bill in the children's clothing department at Blain's Farm and Fleet in Waukesha. "Not only is this a big boost for families, it reminds people that when I talk about a reform dividend,  this is their piece of it."

"We know that a lot of parents and grandparents work on the weekends," Walker said. "We want to make sure they’ve got plenty of time to take advantage of that sales tax holiday."

Walker pledges that his administration will send families child tax credit payments by the end of July. Families will receive $100 for every child under the age of 18 living at home. 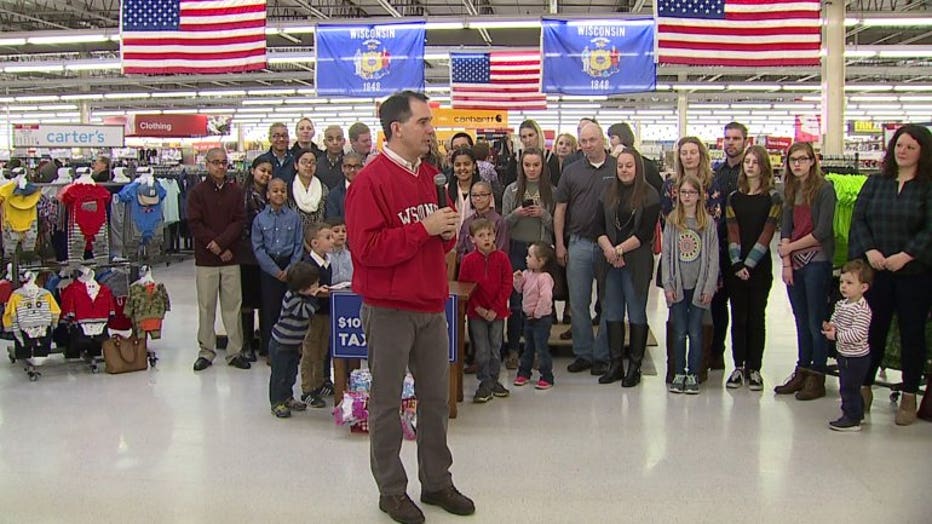 That part of the law is estimated to cost the state $122 million. Walker expanded it Tuesday with another partial veto so it will cover children who live with their grandparents or other family members.

People will have to sign up on a state website, though it won't go online until May 15. Walker said more details about how to apply through the state Department of Revenue will be announced later. The deadline for applying will be July 2, and payments will be made either through direct deposit or a mailed check. 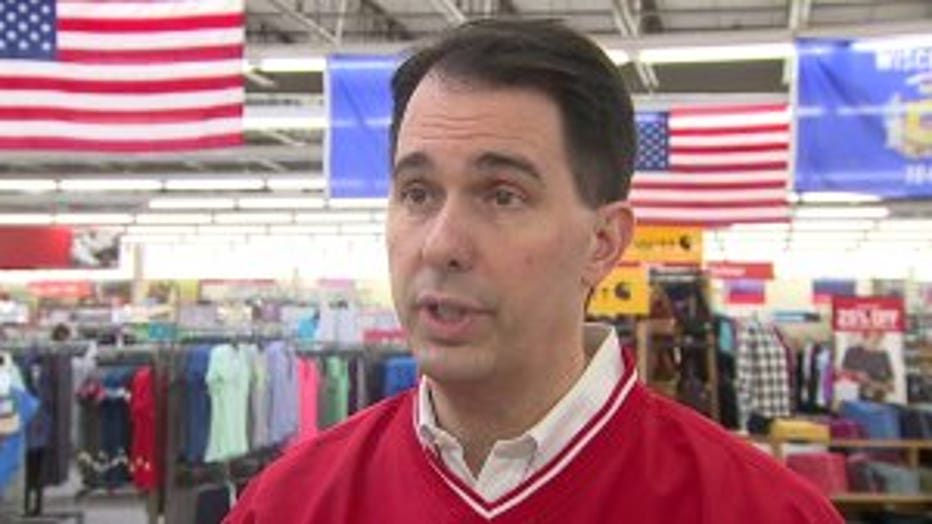 "I would say the overwhelming majority, particularly those who have direct deposit, that money should be in hand sometime before the end of July," Walker said.

Democrats said the measure was an attempt to boost Walker's approval ratings before the 2018 election.

"Gov. Walker is desperately trying to cover up how he ignored Wisconsin roads, schools and health care by spending more taxpayer dollars on election year gimmicks without ever addressing the potholes and leaky school house roofs caused by his neglect," said Melanie Conklin, a spokeswoman for the Democratic Party of Wisconsin.

Walker did four stops across the state on Tuesday to promote the bill signing, timing the events to happen on Tax Day. The tax breaks will only happen this year unless a future Legislature extends them. 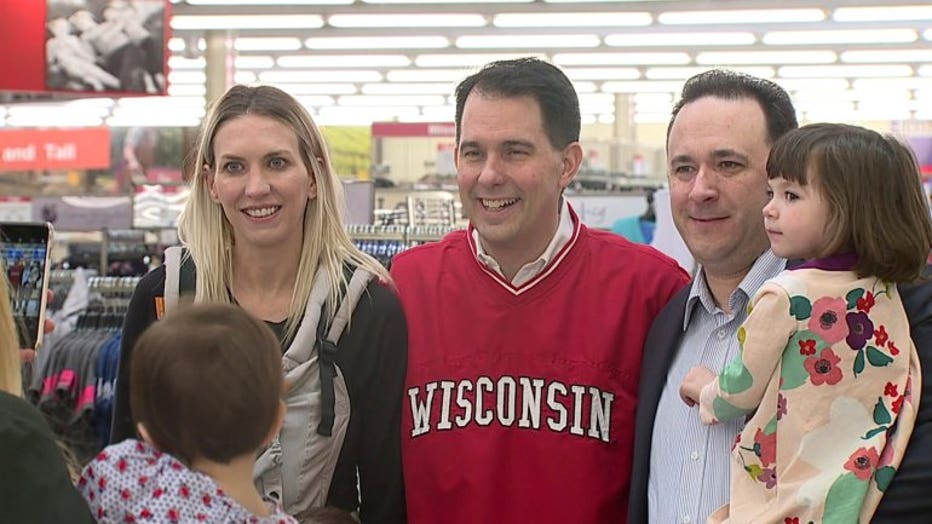 Critics of sales tax holidays, particularly retailers, argue they are costly and difficult to administer.

Sixteen states had some type of sales tax holiday in 2017, according to the Federation of Tax Administrators.

"It does no good to start chipping away at a policy that’s very favorable," said Darling, R-River Hills, who attended the bill signing in Waukesha.