Gov. Scott Walker at odds with Assembly Republicans over how to fix road funding shortfall

Gov. Scott Walker at odds with Assembly Republicans over how to fix road funding shortfall

MADISON -- Gov. Scott Walker wants the state Transportation Department to delay spending on major road projects in southeastern Wisconsin, putting him at odds with fellow Republicans in the Assembly. 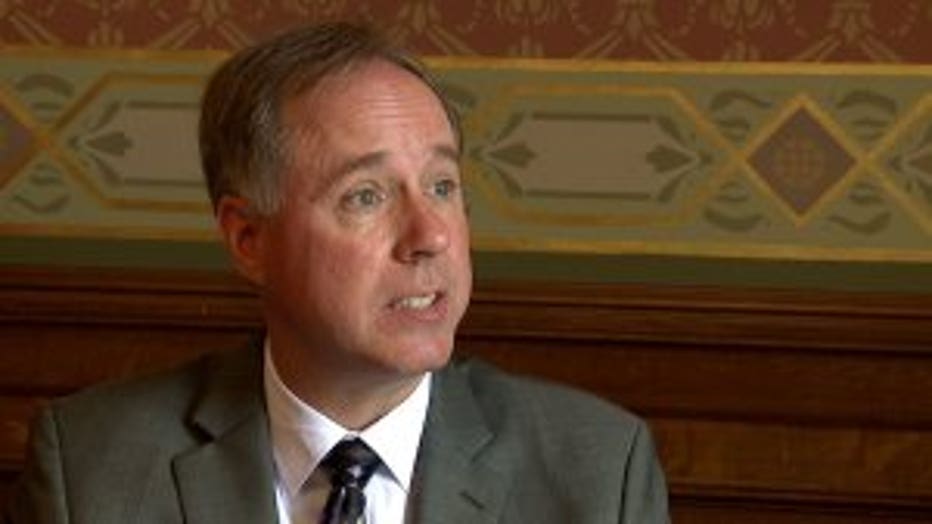 This week, Walker sent a letter to the DOT instructing administrators to cut costs and help reduce the state's road fund shortfall, which is estimated at $600 million. He said spending on so-called mega projects in southeastern Wisconsin should be "minimized."

Assembly Speaker Robin Vos, who represents an area that includes one of the major road projects, said Walker's plan was "not smart."

"To just delay the projects thinking that somehow the problem’s going to solve itself really flies in the face of reality," said Assembly Speaker Robin Vos, R-Rochester.

Vos said he was concerned that the planned expansion and rebuilding of the Interstate 94 "North-South corridor" through Racine County would be further delayed because of Walker's request to the DOT.

The project was once scheduled to be completed this year, before state leaders bumped it down the priority list. It is currently listed on the Transportation Department's website with a completion date of 2022. 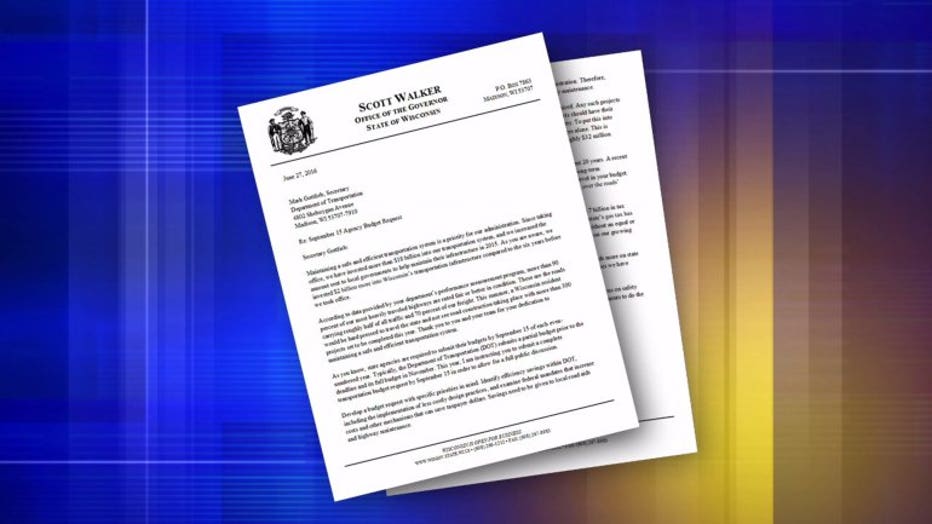 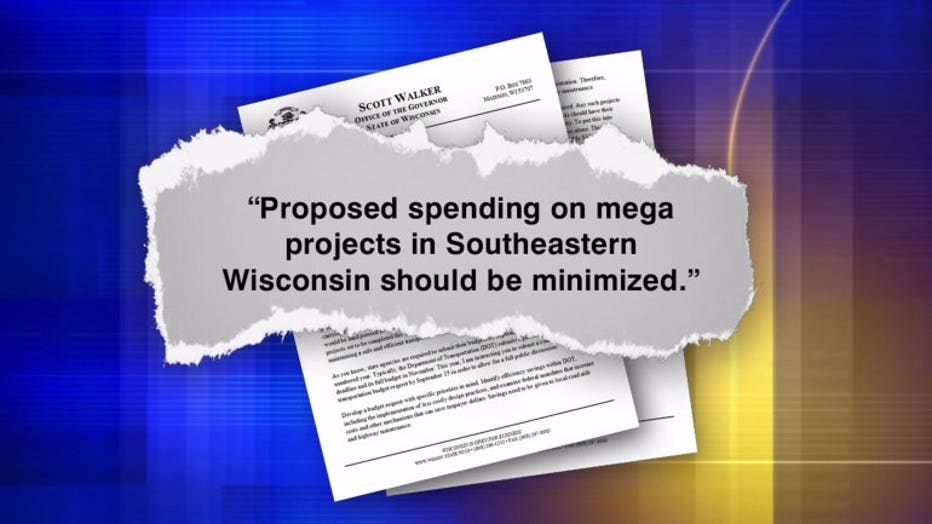 The disagreement between Vos, who's open to increasing the gas tax or vehicle registration fees to ease the shortfall, and Walker, who is not, precedes a contentious debate in the legislature next year over road construction spending.

Walker reiterated his opposition in his letter to DOT administrators.

"Raising the gas tax or vehicle registration fees without an equal or greater reduction in taxes elsewhere is not an option, and it would throw a wet blanket on our growing economy," Walker wrote.

Vos said the legislature has already eliminated certain "low-hanging fruit," such as requirements that the DOT include artwork and extra bike lanes on certain road projects. Additional revenue may be needed, he said.

"What’s the cost of getting a chip in your windshield?" he asked. "Is that more than the $10 or $20 or $30 more you would pay in an increased fee to make sure we don’t have those kinds of roads?" 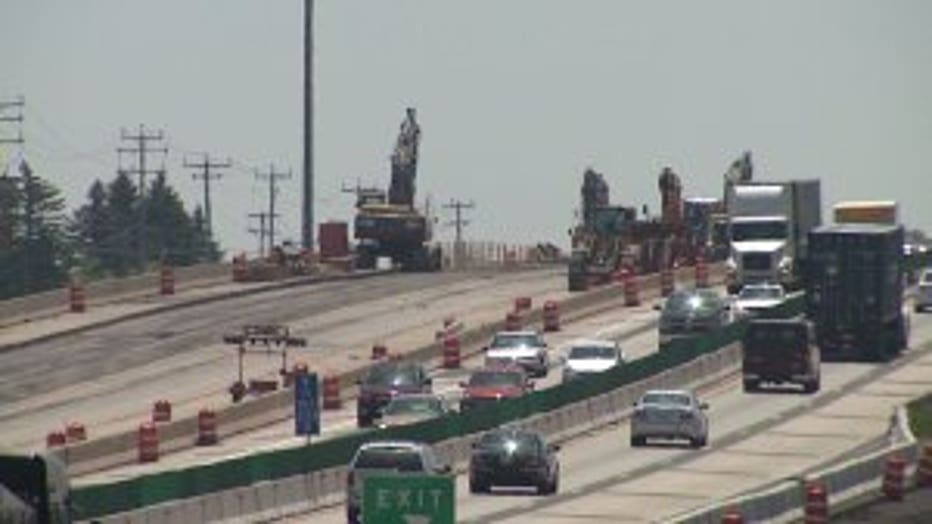 State Sen. Duey Stroebel said he would push for a full repeal of the state's prevailing wage law as a means of reducing costs. The law sets the wage level for laborers, and Stroebel blamed it for contributing to the road fund woes.

"We need to fix the problem, and then we`ll see if we need more money," Stroebel said. 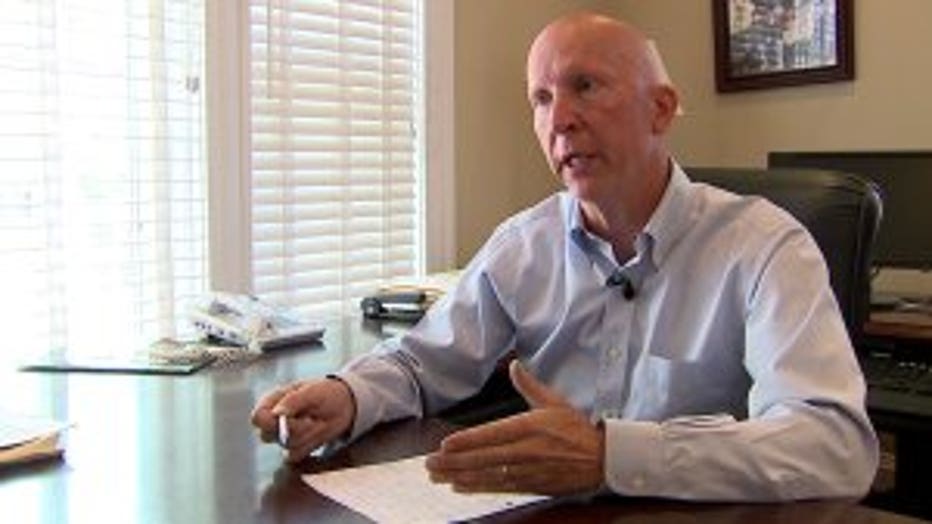 Last year, lawmakers repealed the prevailing wage for local projects, but not for state work.

Stroebel said road flaggers in Waukesha County would make nearly $100,000 in pay and benefits if they worked year-round. He said that figure was too high.

Kent Miller, a spokesman for the Wisconsin Laborers District Council in DeForest, said Stroebel was comparing "apples to oranges" because road flaggers only work about seven months a year in Wisconsin.

"If they were in California and had great weather year-round, you might see (that kind of pay)," Miller said. "It just doesn't happen in Wisconsin." 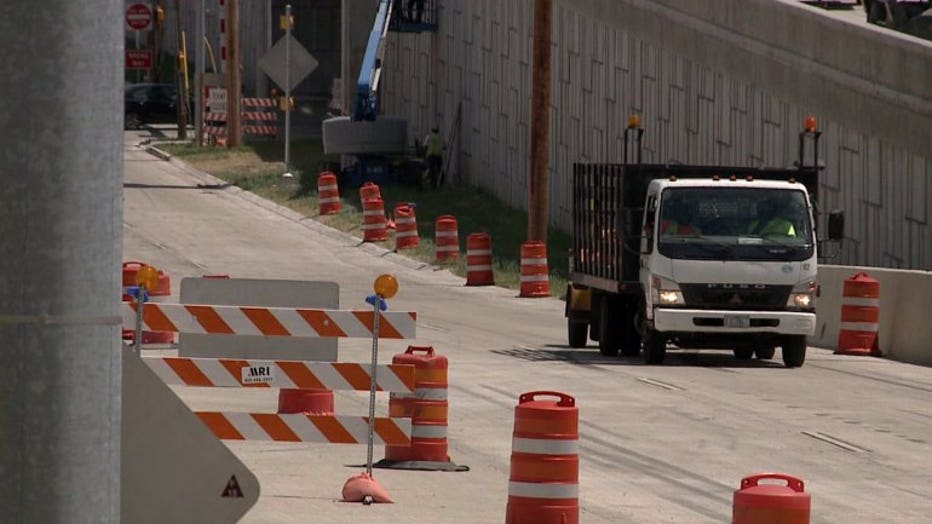 State records show the prevailing wage for a Waukesha County flagger is about $23.50 an hour, or about $28,000 over the seven-month construction season. Total compensation, including benefits, is $43 an hour, or nearly $52,000 over a seven-month period.

Vos said he was open to repealing the prevailing wage but said labor costs are a small percentage of construction costs compared with material and land acquisition.

"It comes nowhere near solving the problem with the deficit we have in the transportation fund going forward," Vos said.

Democrats say the legislature will need to find solutions because Walker hadn't proposed any. 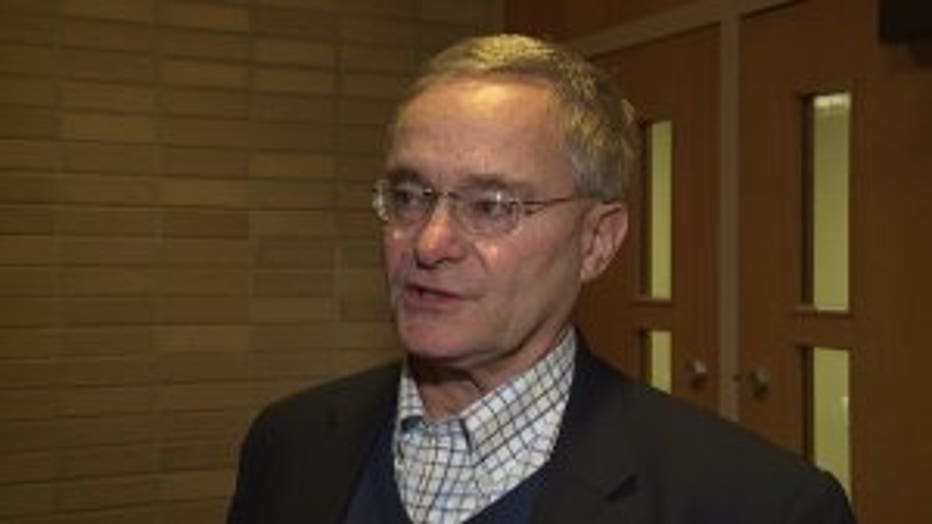 "It`s good to know what the governor does not want to do. The question is, how do we make sure that we re-build our infrastructure?" Assembly Minority Leader Peter Barca said.

Vos' counterpart in the Senate, Majority Leader Scott Fitzgerald said he's unable to forecast next year's budget this far out because new members will be joining the debate after the fall election.