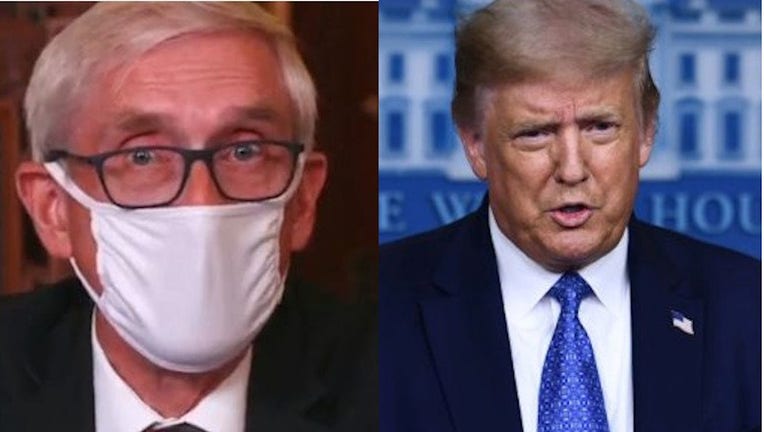 Evers, a Democrat, issued a statewide mask mandate in July to combat rising coronavirus infections. Nearly 70% of respondents in a Marquette University Law School poll released Tuesday agreed that masks should be required in all public places, although Democrats were more supportive of the mandate than Republicans.

President Trump had been reluctant to wear a mask for months but has shifted his stance over the last few weeks in the face of rising infections across the country and is now encouraging their use if people can't socially distance.

The governor told reporters during a teleconference on Thursday that he expects Trump and others to wear masks Monday when they’re inside buildings and stay 6 feet apart.

“That’s our expectation as a state," Evers said. “We can’t afford for these events to make it more difficult for us to prevent the virus from being transmitted in the state of Wisconsin."

The president's visit will coincide with the beginning of the Democratic National Convention in Milwaukee. The convention will be mostly virtual after presumptive presidential nominee Joe Biden decided not to travel to Milwaukee to accept the nomination out of fear of the virus.

Evers said he plans to deliver a speech from Milwaukee but everyone will be wearing masks and will practice social distancing. He added that he didn't think there would be a audience physically present except for reporters. He said he wasn't sure what day he would speak.