Democrats versus Republicans: Wisconsin legislators and the governor present dueling proposals on how to spend $3.2 billion of federal COVID-19 relief money.

MILWAUKEE - Democrats versus Republicans: Wisconsin legislators and the governor have dueling proposals on how to spend $3.2 billion of federal COVID-19 relief money.

Assembly Republicans want to use some of that funding to give rebates to property owners. They say it is not a tax cut, as that's not allowed under the new federal rescue law.

GOP legislators revealed their hopes for the $3.2 billion on Tuesday, speaking at The Packing House restaurant in Milwaukee, highlighting a hard-hit industry.

"This was by far the worst year in 47 years in business," said Chris Wiken, general manager of the restaurant.

Republicans bring up that the Wisconsin Legislature has the constitutional power to oversee appropriations. "If anyone watches 'Schoolhouse Rock!', I don’t think the intention was one branch of government gets to make decisions without some sort of oversight from the other," said Assembly Speaker Robin Vos (R-Rochester).

Vos and colleagues' remarks came a day after Gov. Tony Evers vetoed a bill that would have given the Republican-controlled legislature oversight of the money.

"This money belongs to them, to the people of Wisconsin, not Republican legislators," Gov. Evers said Monday.

The GOP plan offers a 10% rebate check on what residents paid in 2020 property taxes. It would also help nursing homes and invest $500 million in broadband with the goal to get high-speed internet to 95% of Wisconsinites within four years.

"Anybody who does business with someone up north, it’s very hard to communicate. You can’t get a call, it drops frequently. For those of you who want to vacation up north, it sure would be nice to get internet and maybe work from your vacation home," said Rep. Cindi Duchow (R-Delafield), the Majority Caucus vice-chair. 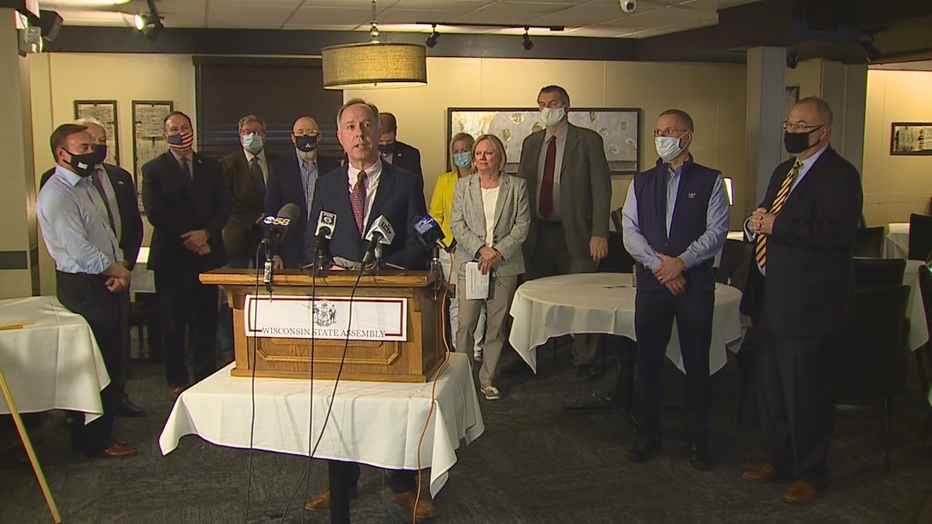 Republicans also talked Tuesday about possibly having no sales tax during the summer.

"We need to incentivize the public to leave their house, and go out and actually patronize the businesses that need to thrive," said Vos.

Vos also said the Assembly plans to vote on the proposals in April. If the governor vetoes the bills directing where the money goes, Vos said they will look at possible legal challenges. 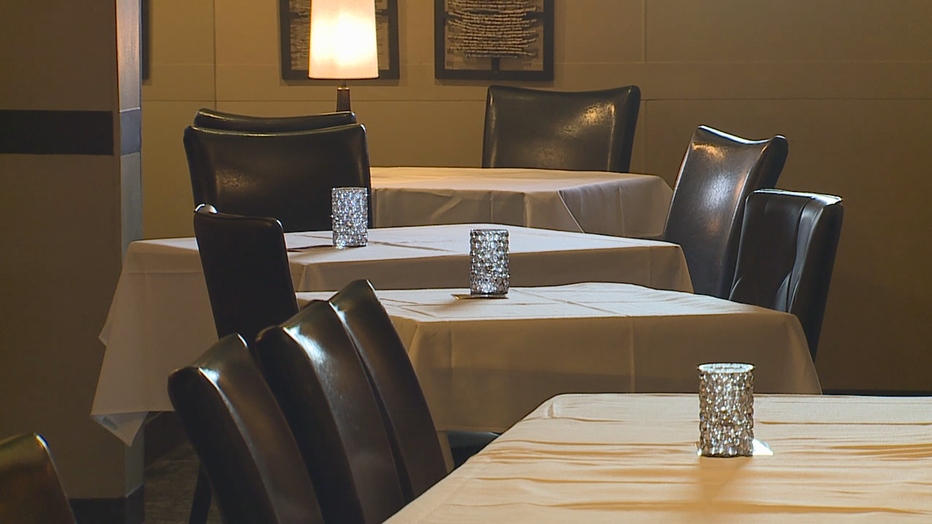 Both the plans of the governor and legislators have similarities. Gov. Evers' plan for the money includes $200 million for infrastructure and broadband; $500 million for pandemic response; and $2.5 billion for the state's economic recovery -- including money for small businesses and the tourism industry.

Both Speaker Vos and Governor Evers visited Milwaukee restaurants to make their pitches. The Wisconsin Restaurant Association estimates 10-15% of the state's restaurants permanently closed during the pandemic.

"There were some days were I’m looking at the bank account, going, boy, I don’t know if we’re going to see through to the end of this," Wiken said.

Aside from what the state finally ends up handing out, the COVID-19 relief law already will pump $28 billion into struggling restaurants and bars across the county.

Gov. Evers traveled to Milwaukee to veto a bill. His action means the governor will control $3.2 billion in federal COVID-19 relief money -- with no legislative oversight.

The Wisconsin Supreme Court is set to rule on Wisconsin's mask mandate -- before the governor's current order expires April 5.