MADISON -- Wisconsin cities that ban their police from cooperating with federal immigration agents would be fined under a Republican-backed proposal circulating in the state Legislature.

Similar legislation failed last year after an estimated 20,000 people rallied against it at the state Capitol. The GOP's renewed efforts in 2017 has led the pro-immigrant group Voces de la Frontera to call for a general strike on May 1st.

Milwaukee County Sheriff David Clarke has endorsed the legislation, while Mayor Tom Barrett said it won't force a change in how Milwaukee Police handle cases involving people who are in the country illegally. 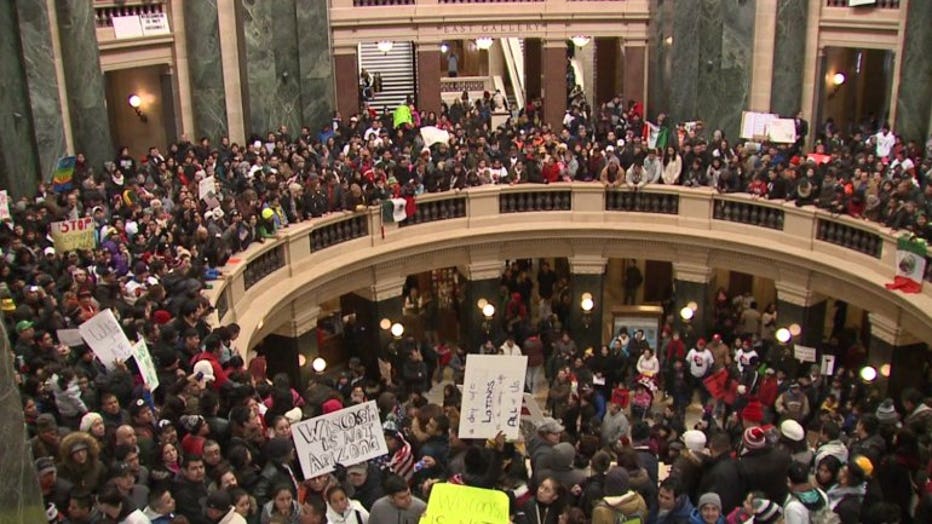 "The endgame of this bill is safe communities," said Rep. Janel Brandtjen, R-Menomonee Falls. "We need to start talking about getting rid of the most dangerous criminals in our neighborhoods, because that’s best for the community overall."

Brandtjen's proposal and a second, similar bill come as President Donald Trump has ordered a new office created within the U.S. Department of Homeland Security that would allow crime victims an outlet to report people who are in the country illegally. 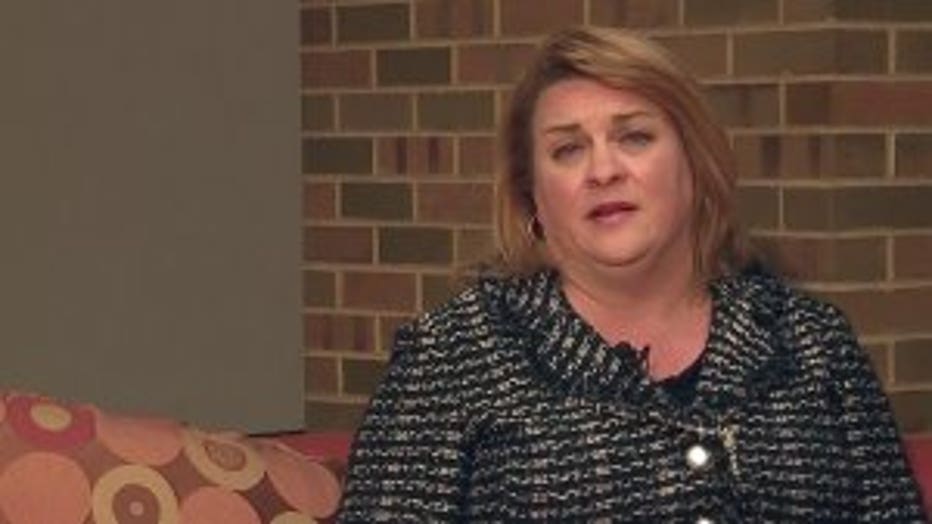 Brandtjen said the federal government shouldn't face local stonewalling when they're looking for violent criminals in Wisconsin. Her bill would fine municipalities up to $5,000 per day if they pass ordinances or create policies prohibiting their police from working with federal agents. 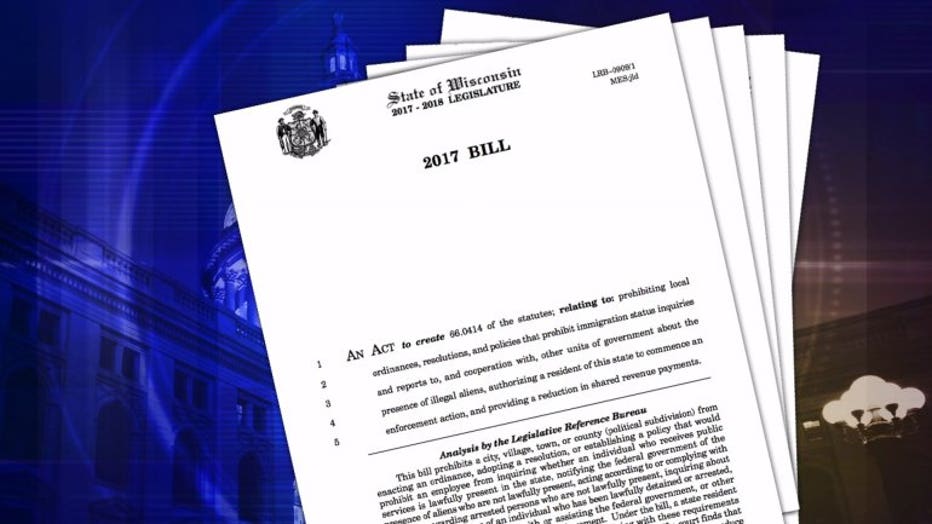 "This bill is about upholding federal laws. If you are here illegally and not breaking our current laws, this bill will not affect you," Brandtjen said. 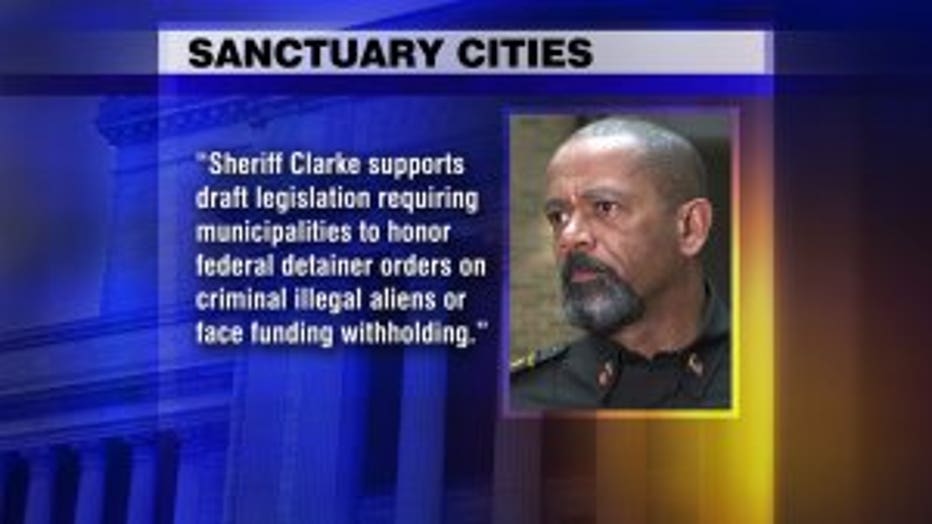 Clarke, who has said he will cooperate with federal agents, endorsed the legislation.

Milwaukee Mayor Tom Barrett said Milwaukee Police will continue its current policy of referring violent criminals to federal agents, but will not report people for minor offenses like traffic violations. 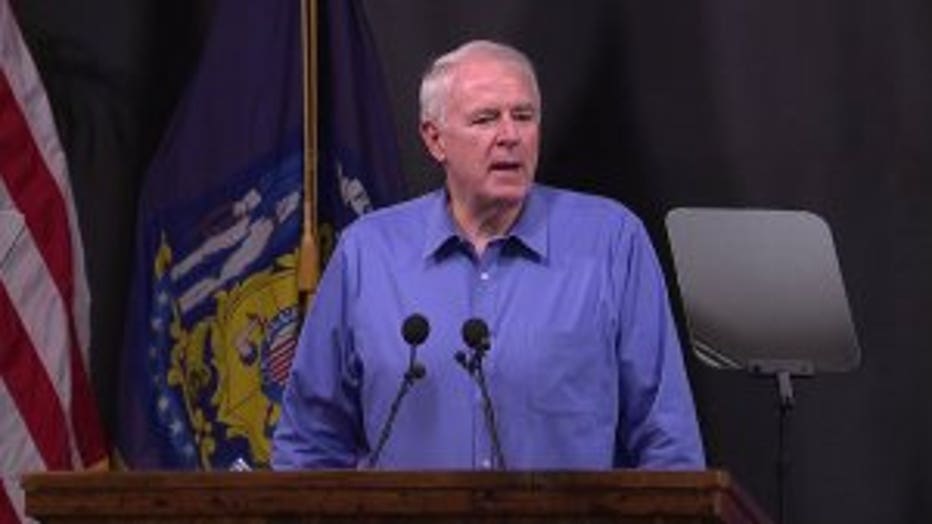 Voces de la Frontera, which is based in Milwaukee, is calling its May 1st strike in hopes of defeating the legislation again this year.

Sofia Flores of Milwaukee, whose parents are in the country illegally, said her family had been making plans about what would happen if certain members face deportation.

"We're definitely going to keep fighting (against the legislation)," Flores said. "They say they want to keep bringing it in. We're not going to let that happen. We're just going to keep resisting." 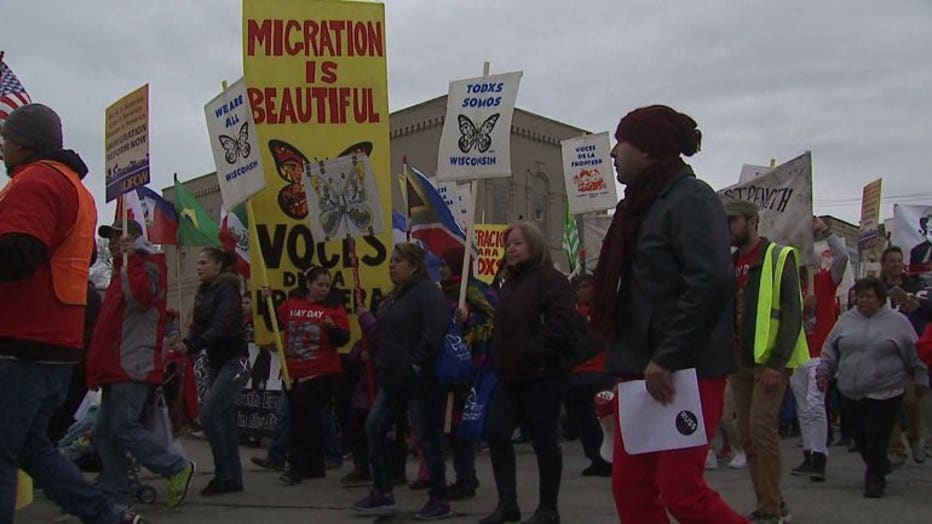 The bills are in draft form. It's not clear when either one will be scheduled for a committee hearing in the Legislature.