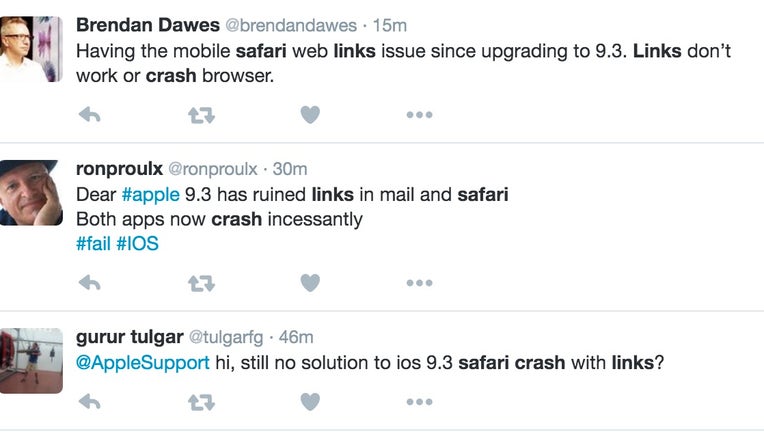 A glitch in iOS 9.3 is causing links to crash some apps including the Mail and Safari apps, according to multiple reports.

Users with iOS 9.3 installed on iPhones and iPads first reported the glitch late last week. When attempting to open a link within the Safari app or other iOS apps, the app will hang up or crash completely.

Apple has not officially confirmed the glitch involving Safari and links, but users have flooded Apple's support website and other forums with similar reports. According to comments in this thread, Apple is aware of the issue.

Some users have been able to avoid the glitch by going to Settings > Safari > Advanced and disabling JavaScript. This workaround may not work for everyone and may only work on the Safari app, not the other apps impacted by the glitch.

Apple's latest iOS has had several issues, including some users unable to complete activation on older devices causing Apple to temporarily pull the software before a patch was released on Thursday.