Police were called to a hotel near Port Washington and Green Tree around 12:45 a.m. for the reported thefts of a Kia and Hyundai.

A short time after the call, officers spotted the stolen vehicles nearly two miles away in the area of Port Washington and Silver Spring.

Officers gave chase as both vehicles fled westbound on Silver Spring at speeds of more than 100 mph. When the fleeing vehicles split up, officers continued to pursue the Kia.

Three minutes into the chase, the video showed the Kia fly through an alley kicking up dust. The Kia and a squad car nearly crashed. 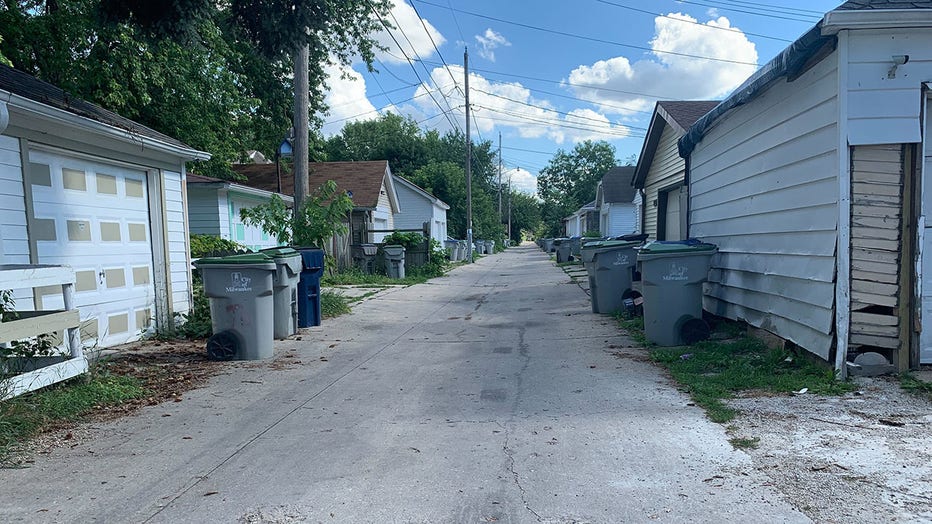 Alley near 39th and Custer, Milwaukee

Police said they have not found the drivers of either stolen vehicle and have made no arrests.