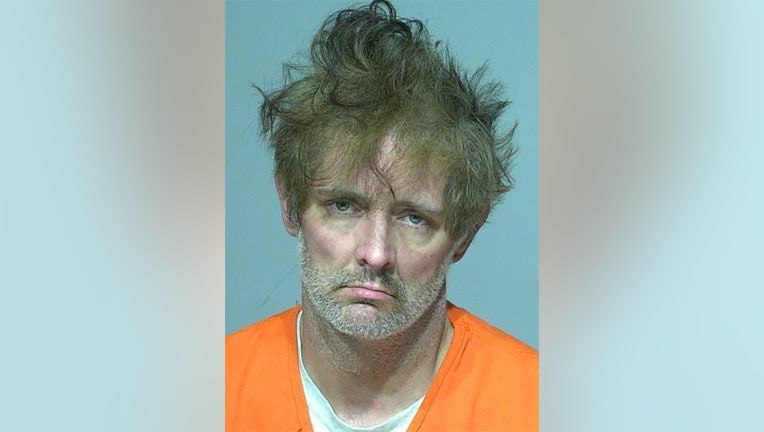 GLENDALE, Wis. - A 43-year-old Plymouth man faces a pair of burglary charges for allegedly breaking into and stealing from two Glendale businesses. The accused is Matthew Scherper.

According to the criminal complaint, Glendale police were dispatched early on Tuesday, March 29 to the Village Ace Hardware store on Port Washington Road. An officer who arrived on the scene spotted "the front door had been broken by a large piece of asphalt/concrete which was laying on the floor inside the store," the complaint says.

Officers spoke with the store's manager who provided them with access to surveillance video which captured the burglary. The complaint says it shows a Mini Cooper with an Illinois license plate "pull into the parking lot for a minute, then leave, and then return to the lot. A white male gets out and throws a large piece of asphalt/concrete through the door and enters the business. The video shows him take merchandise from the store including fuel and batteries." The store manager said the value of the property taken was just shy of $2,000. The complaint says the Illinois license plate on the Mini Cooper was registered to the defendant's aunt.

On the morning of Saturday, April 2, Glendale police were dispatched to the Mobil Gas Station near Port Washington and Green Tree for a burglary. A manager told officers when he arrived at the station, "a window had been broken and there was glass on the ground. He said he looked through the windows of the business and saw that numerous boxes of cigarettes were gone," the complaint says.

The store manager shared surveillance video from the gas station which "showed a Mini Cooper park on the side of the building and the driver remove a rock from inside the car and throw it through the window of the station. He goes into the store and enters the cashier area, and he takes a small garbage can and puts merchandise into the can and hands that to a second actor and that actor loads the can into the Mini Cooper. The first suspect also steals lighters and candy and more packs of cigarettes and then takes a large garbage can from outside into the store and fills that up with merchandise," the complaint says. Officials estimated about $3,600 worth of merchandise was stolen.

The complaint says on Monday, April 4, the defendant was in custody. During an interview with police, he "admitted to committing both" of the crimes alleged in the complaint.

Scherper was scheduled to make his initial appearance in Milwaukee County court on Thursday, April 7.

A counselor got $6,000 for Waukesha North through the Herb Kohl Fellowship to help cover costs and pay for students who can’t afford the $100 fee to tour campuses.