MILWAUKEE -- Most students in southeast Wisconsin will be back in class in just a few weeks. Now, some Milwaukee police officers are reaching out to some of those students -- to bring them new school supplies.

Officer Michael Ward and his colleagues showed up at an apartment complex on N. 75th St. on Thursday, August 13th. They were bearing gifts.

"We're just trying to find areas where there's a large amount of kids where we can just randomly show up and hand out school supplies," said Ward.

Ward popped his trunk and got the kids in the neighborhood to fall in line. Then he began handing out about 75 kits of small school supply items. This outreach started with Ward and his wife years ago -- when he was in ministry.

"So when I joined the force about a year ago, I didn't want to stop doing that," said Ward. "So I just figured, why not continue it? And luckily the Milwaukee Police Department supports ideas like this."

"...the role models and the influence that they're showing for these kids are just incredible."

Chad Wells will start his freshman year in college at the end of August. He says the officers are also showing the kids that a variety of people do care about them.

"And I think they're doing a very good job. So, I mean, the role models and the influence that they're showing for these kids are just incredible," said Wells. 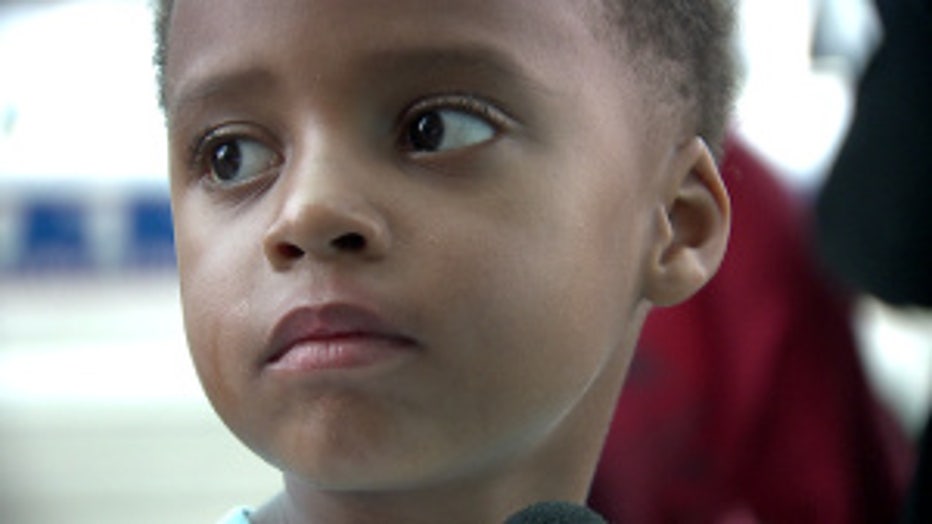 Four-year-old Jamari Reed got his school supply kit. He has his own ideas of what K-4 will be like.

Jamari's father Nik knows what school is really like -- and the cost of supplies that goes along with it.

"It's giving back to the community and it helps a lot of parents out who can't afford school supplies this year," said Nik Reed.

Officer Ward says he was involved in this area before he become an officer. He says he wants to keep the connection. Ward says he changed careers -- but that doesn't diminish his desire to support this community.