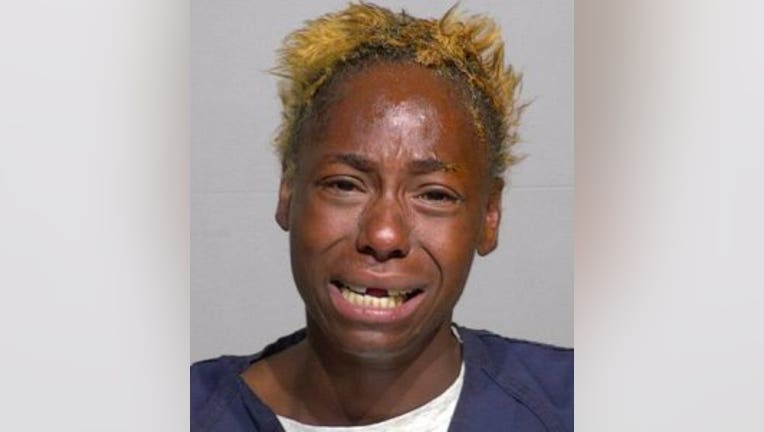 MILWAUKEE -- A Milwaukee woman stands accused of attacking a Milwaukee County Transit System employee as he drove home from work, and when police responded, prosecutors said she attacked officers, behavior that allegedly continued once she was in custody.

According to a criminal complaint, on July 9, police were dispatched to the area near 29th and Lisbon, where an MCTS employee indicated he had just left MCTS and was headed west in an MCTS truck when he spotted Burch laying in the middle of the grassy median. As he approached the intersection, the complaint said Burch jumped up and ran in front of his truck, causing him to slam on his brakes. She then jumped on the driver steps of his truck, grabbed his arm, and started reaching for the cigarette hanging from his mouth, telling him to "give me that cigarette." He said she tried to punch him, and he put his hand up to block the punch, which left him with an injured, bloody finger, which required eight stitches at the hospital. He said he parked and called 911 and his supervisor. Burch got off the truck and walked away.

Later, she was taken to the Criminal Justice Facility, where, the complaint said, she made an attempt to run into the bathroom near the nurse's station. An officer attempted to stop her, and she began to scratch him on his arms.

The complaint said Burch was convicted of battery in separate 2018 cases out of Milwaukee County. Online court records showed she was sentenced to 18 months' probation in each case, after pleading guilty in June 2019. She was also convicted of battery in a 2017 case out of Milwaukee County. She also pleaded guilty in that case in June 2019, and was sentenced to 18 months' probation.

Additionally, the complaint said at the time of this crime, Burch was out on bond in a separate 2018 case charging her with disorderly conduct and misdemeanor bail jumping out of Waukesha County. A plea/sentencing hearing was set for Aug. 5.

In the latest case, Burch made her initial court appearance on Saturday, July 13. Cash bond was set at $10,000, and a preliminary hearing was scheduled for July 19.