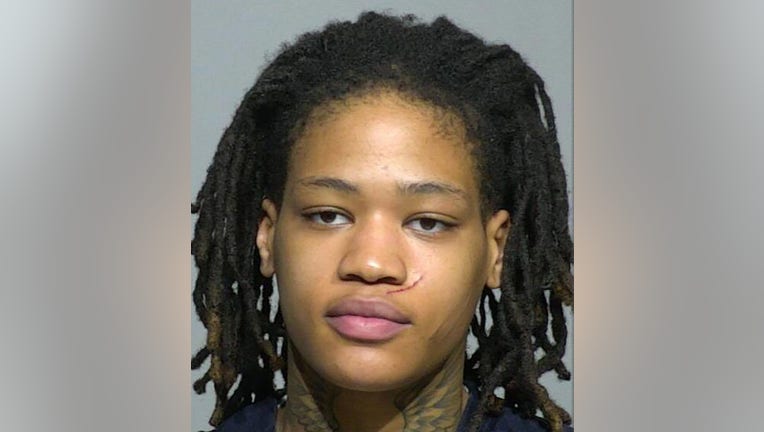 MILWAUKEE - A Milwaukee woman is charged with second-degree reckless injury and disorderly conduct after a girl was shot on the city's north side Monday, Nov. 14.

Prosecutors said Ajanay Pembelton admitted to firing a shot inside an apartment building – but said she did not intend to hurt the girl.

According to a criminal complaint, Milwaukee police were first called to an apartment complex near Fond du Lac and Beale after a resident reported Pembelton pointed a gun during an argument. During that incident, which happened around 3 p.m., the neighbor told police that Pembelton said: "I will blow your brains back." Responding officers took a statement and left without "encountering" Pembelton.

Several hours later, just before 7 p.m., the complaint states police were called back to the same address for a shooting. A 15-year-old girl was shot in the leg. At the hospital, the girl told police that she and three others had just entered the apartment complex when she was physically assaulted by someone – later identified as Pembelton. The victim said the group began running after someone yelled "gun." The victim heard a gunshot and realized she was hit.

Pembelton later called police to turn herself in, the complaint states, and said she only intended to scare the four – not hurt them.

Court records show Pembelton made her initial court appearance on Nov. 17, and her cash bond was set at $15,000. She is due back in court on Nov. 28.