Just four months ago, the historic Colby Abbot building in downtown Milwaukee was the scene of a devastating fire. Now, the smoke is replaced by splashes of color.

MILWAUKEE - There's a new mural going up in Milwaukee this week. It's a collaboration with some big-name artists.

Just four months ago, the historic Colby Abbot building in downtown Milwaukee was the scene of a devastating fire. Now, the smoke is replaced by splashes of color -- as a 7,400 square feet mural is being installed on its north-facing wall. 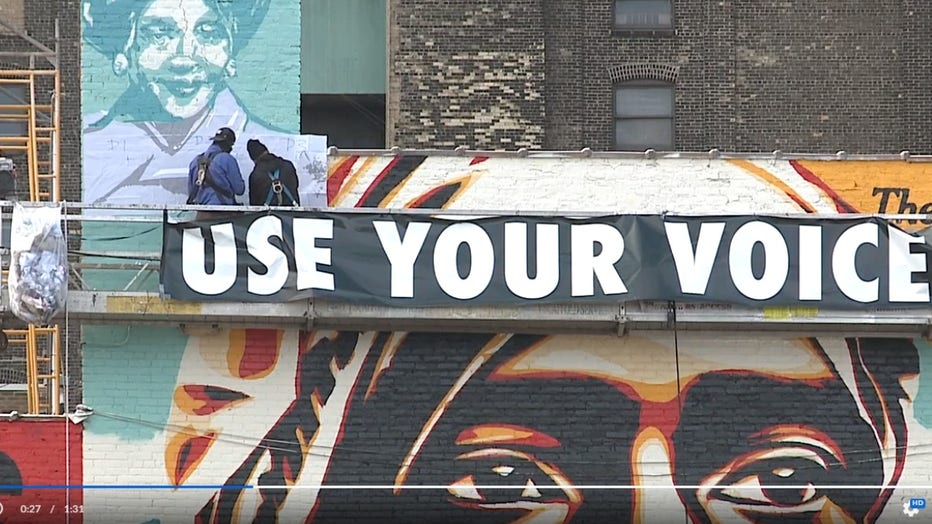 "The main purpose of this piece is to empower people to get out and vote," said Niki Johnson, contributing artist.

The mural is titled "Voting Rights Are Human Rights." The lead artist is internationally acclaimed Shepard Fairey -- known for the "Obama Hope" poster. He's collaborating with five Wisconsin artists to create the piece. 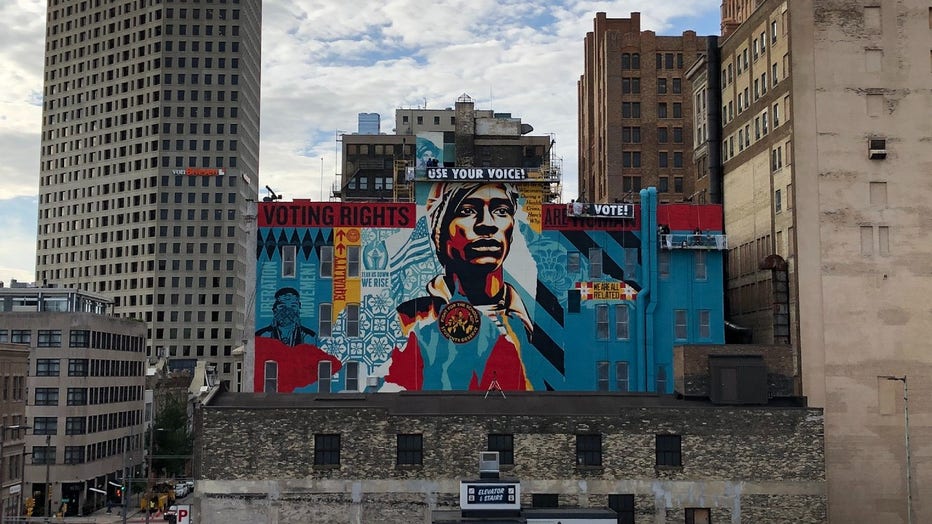 "He has an incredible platform, and the fact that he is so willing to share it to create a sense of equity and diversity and celebrate the talent that we have here is just incredible," said Johnson.

Niki Johnson is one of the collaborating artists. She hopes the mural not only encourages people to vote -- but also encourages them to feel welcome in Milwaukee.

"What this does is not only add a pop of color in a sea of beige, but it also brings acknowledgment to the fact that this is a people’s space. I also hope people who don’t oftentimes feel comfortable coming downtown take the time to be here and make the most of this public space," said Johnson. 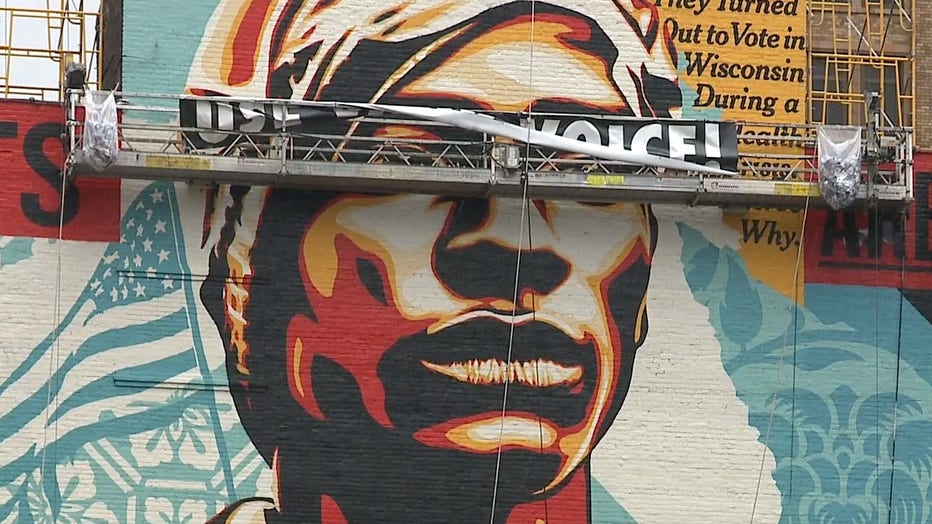 The mural was initially part of a National Tour for the 2020 election. But the tour was canceled when the main corporate sponsor withdrew due to COVID-19. However, anonymous donors stepped in to help pay for part of the Milwaukee mural -- and Fairey is also covering some of the costs out of his own pocket.

Wisconsin absentee case may be headed to US Supreme Court

Democrats will ask the U.S. Supreme Court to decide whether absentee ballots in Wisconsin that are received up to six days after the election can be counted.

Vice President Mike Pence is scheduled to make a campaign stop on Tuesday, Oct. 13 at a manufacturing company in Waukesha.