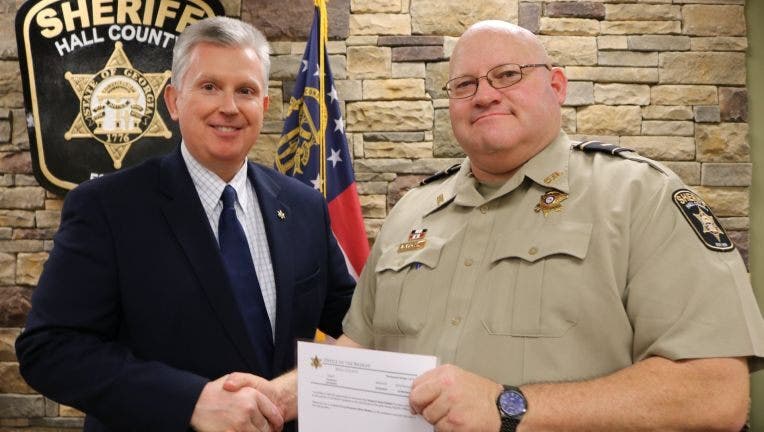 Sheriff Gerald Couch with Lt. Brian McNair at a December 2019 ceremony where McNair was promoted to the rank of Lieutenant. (Hall County Sheriff's Office / Facebook)

HALL COUNTY, Ga. -- Deputies with the Hall County Sheriff’s Office are remembering one of their own who died after battling a serious illness.

Lt. Brian McNair was rushed to Northeast Georgia Medical Center from his Habersham County home on Sunday evening, July 19. Deputies say he died the next morning.

“The news of Lt. McNair’s passing came as a great shock to his family and his law enforcement family this morning,” Hall County Sheriff Gerald Couch said. “He will forever be remembered for his dedicated service to our country and the counties he served in Georgia. Words cannot express my desire for this community to pray for Lt. McNair’s family.”

McNair, who serves in the Jail Division, last worked July 9 before falling ill.

The lieutenant began his service with the county on Jan. 30, 2000. He had worked for the Habersham County Sheriff’s Office prior to that.

McNair, who was a veteran of the United States Marine Corps and Georgia National Guard, served on active duty on deployment several times.

He is survived by his wife Wendy and their nine children, ranging from toddler to college-aged. 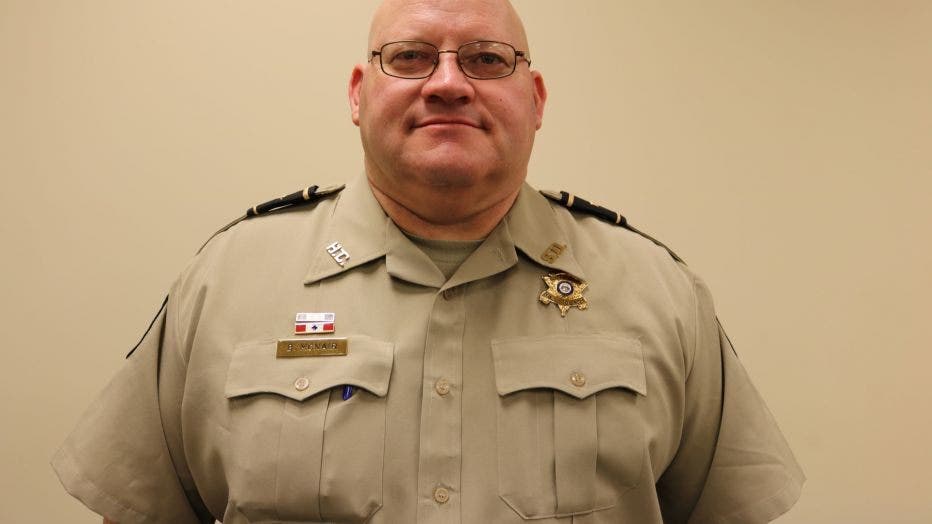 Lt. Brian McNair at a December 2019 ceremony where he was promoted to the rank of Lieutenant. (Hall County Sheriff's Office)

His co-workers have established a memorial fund at Peach State Bank & Trust in Gainesville to benefit his family. Members of the community are encouraged to donate. Deposits to the memorial fund can be made in-person, at the bank’s drive-through, through the night deposit box or by mail.

Checks should be made payable to “In Memory of Lt. Brian Keith McNair.”

“The men and women of the Sheriff’s Office sincerely thank the community for its offers of support during this difficult time. For those with a desire to help, the fund is a safe and secure way to assist Lt. McNair’s family. All donations to the account will go directly to the family.”