WAUWATOSA -- Froedtert Hospital officials on Wednesday, Feb. 7 announced they're limiting visitor access to birth centers at Froedtert Hospital, St. Joseph's Hospital and Community Memorial Hospitals during the remainder of the flu season -- effective Thursday, Feb. 8. This, as officials shut down a school in Milwaukee for the remainder of the week because of the high number of sick students and staff members, and the generic version of liquid Tamiflu is in short supply in the Milwaukee area.

You're asked to please *not* bring children under the age of 12 to visit any patient in these birth centers, as they will not be allowed inside.


Hospital inpatient units and clinic appointments are not included in this restriction.

Additionally, any visitor with fever or influenza-like illness (fever, cough or sore throat) should *not* visit any patient in the hospital.


Froedtert officials said in a statement: "We know this restriction may be difficult for some of our patient families. This temporary change is being made to limit the spread of the flu. Patient safety is our primary goal. The restriction will be lifted as soon as possible and will be assessed regularly as new information about the flu season becomes available." 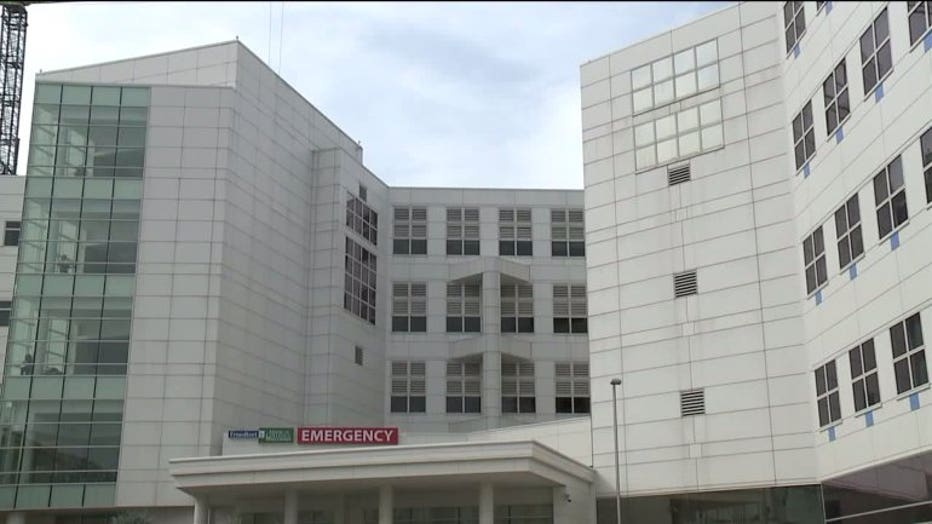 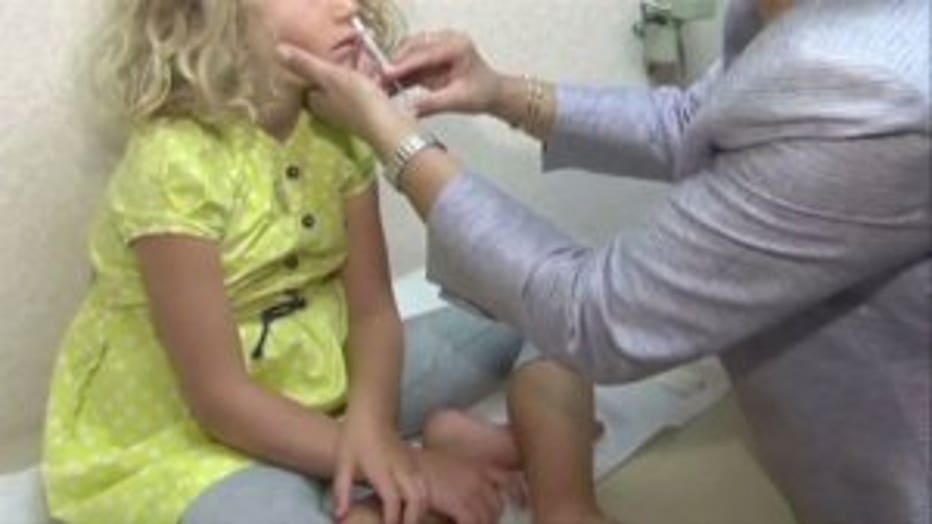 To avoid the flu, you're encouraged to wash your hands often, avoid touching your face and stay out of crowds -- and if you haven’t already, get a flu shot. It’s the best way to protect yourself and others, Froedtert officials said. They noted that even if you develop the flu, your symptoms are likely to be milder if you’ve had a flu shot.

Officials on Tuesday, Feb. 6 announced they'd be banning visitors under the age of 12 at Children's Hospital of Wisconsin beginning Thursday due to the flu -- until further notice.

Meanwhile, Mother of Good Counsel School in Milwaukee closed Wednesday for the remainder of the week due to an increasing number of children and staff becoming ill. Officials are shut down the school so it can be cleaned, and so kids can recover. Thirty percent of students were out sick on Tuesday alone. 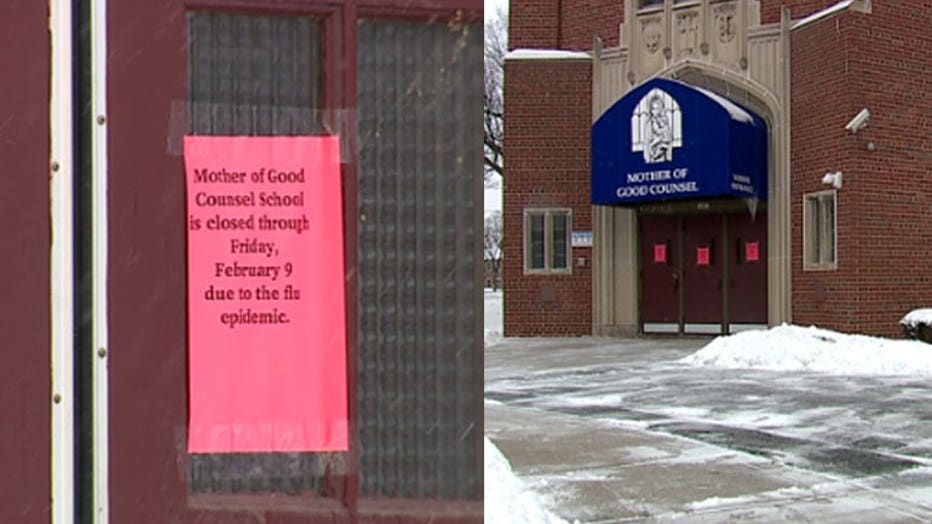 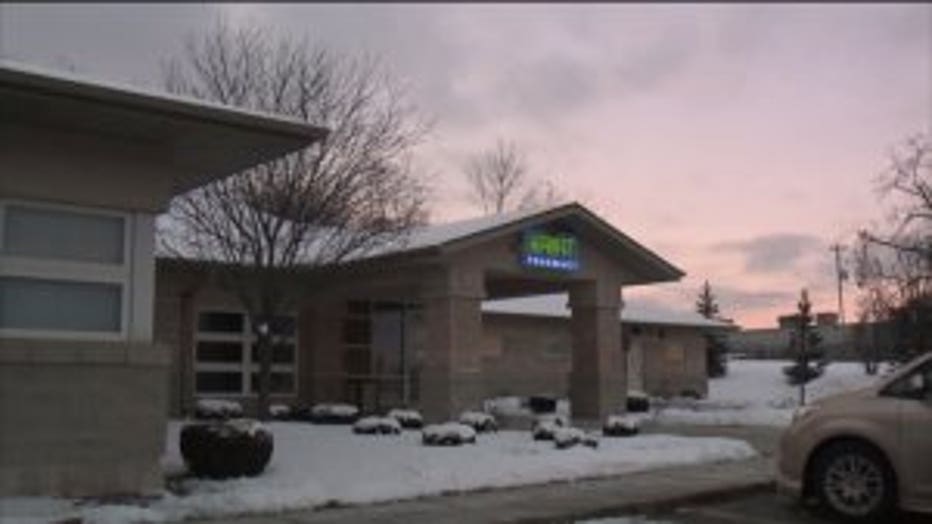 At Hayat Pharmacy in Greenfield, officials Wednesday said they're worried a generic form of Tamiflu may be in short supply as the flu season rolls on.

"We have one bottle that's left at this location of the generic. The suspension, which is the liquid for children, it's been on manufacturer back order for a while now," Hashim Zaibak, president of Hayat Pharmacy said.

Zaibak explained that brand-name capsules are fully stocked, but if your insurance company requires you to purchase the generic and you need it in liquid form there may be a wait. 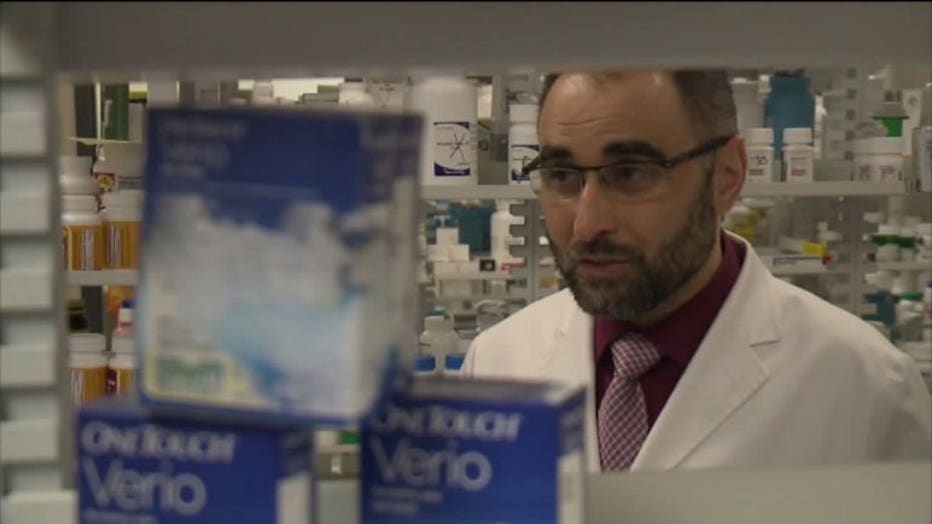 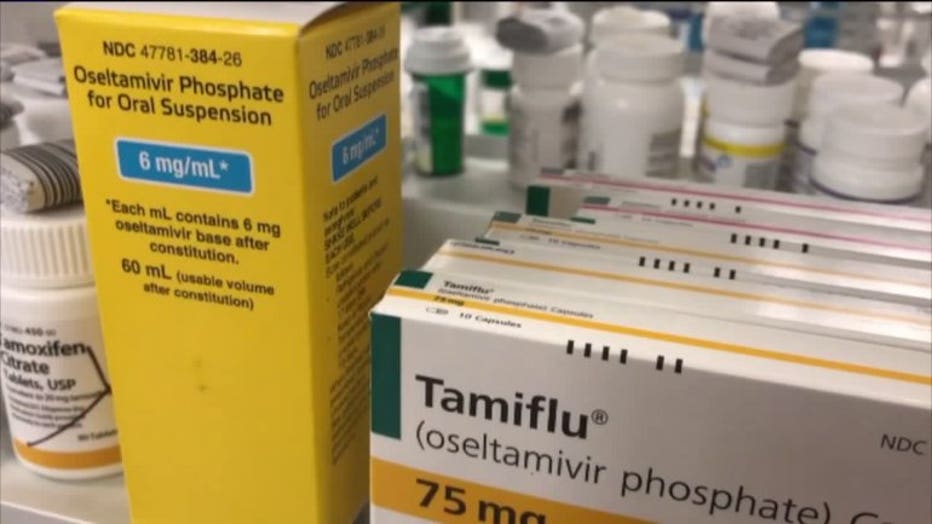 "In the state of Wisconsin, Medicaid does cover the brand name. We do anticipate in the next couple of days -- especially with the news of the school that closed --  that there will be a lot of panic.I think if they have the symptoms, they really should see their doctor -- especially people at high risk," Zaibak said.