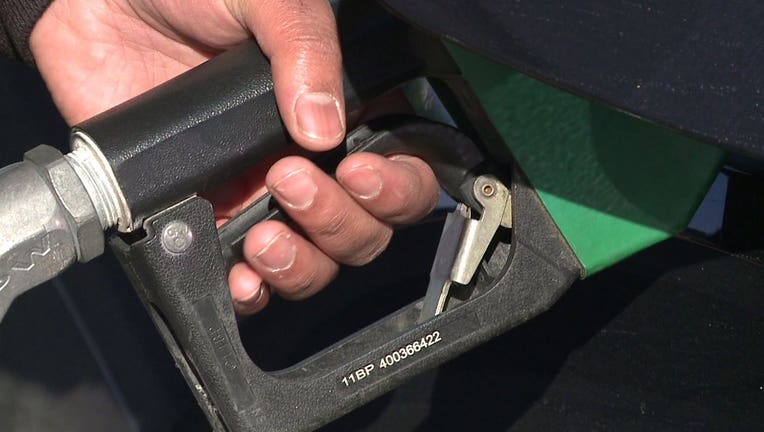 The national average for gas prices could rise as much as 10 to 20 cents per gallon in the coming weeks as a result of the "extreme cold shutting millions of barrels per day in refinery capacity" in Texas, according to GasBuddy's head of petroleum analysis Patrick De Haan.

"How much we ultimately see will depend on how quickly or slowly the affected refineries can get back online," De Haan told FOX Business. "In addition, continued improvement in the COVID-19 pandemic will also likely continue to help propel demand to recovery."

GasBuddy's data is compiled from more than 11 million individual price reports covering over 150,000 gas stations across the country.

Part of the reason for the increase in prices according to De Haan is "improving demand in the United States," and noted that the increase has "nothing to do with who sits in the White House, but rather how many motorists are filling their tanks on a daily basis."

"This situation will last as long as OPEC continues to restrain their oil production, creating the situation we’re in where demand is recovering faster than supply," he added. "The situation won’t get better- just wait until spring- it’s likely the national average will rise another 10 to as much as 50 cents per gallon if oil production doesn’t respond to the continued recovery in demand."

Gasbuddy data points to crude oil prices surging 15% over the past two weeks. A barrel of West Texas Intermediate crude oil rallying to as high as $60.55 per barrel during Monday's trading session, up from $57.44 last Monday and up 15% from $52.68 two weeks ago. Brent crude also rallied at $63.11 per barrel early Monday, up from $59.93 a week ago.

Prices continued to climb on Tuesday, with West Texas Intermediate crude oil rising rose 58 cents, or 1%, to settle at $60.05. Natural gas climbed 22 cents, or nearly 7.5% -- due in no small part to the freezing temperatures that have slammed the country from the Ohio Valley to the Gulf Coast.

GasBuddy data showed that the East Coast likely saw a recovery in gasoline demand due to "the previous week’s decline as a major snow event hindered free travel in the region."

The most common U.S. gas price encountered by motorists rose 10 cents per gallon to $2.39 per gallon, according to the fuel app and website's data. The median U.S. price is $2.41 per gallon, up 3 cents from last week and about 9 cents lower than the national average.

Roof of Sturtevant gas station collapses; snow, construction may be to blame

The roof of a Sturtevant gas station collapsed on Tuesday morning, Feb. 16 -- creating panic for those inside.&nbsp;

The incidents unfolded Monday night near I-41 and Main in Menomonee Falls, following an earlier reported vehicle theft in Hartford.