Females are fast becoming the future of farming.

MILWAUKEE - Females are fast becoming the future of farming. In fact, a recent census by the USDA Census of Agriculture showed that 35% of farmers in the U.S. are women.

Seven people will get technical diplomas in May in the Dairy Herd Management program at Lakeshore Technical College. All seven are female. It is a first since the program began in 1973. 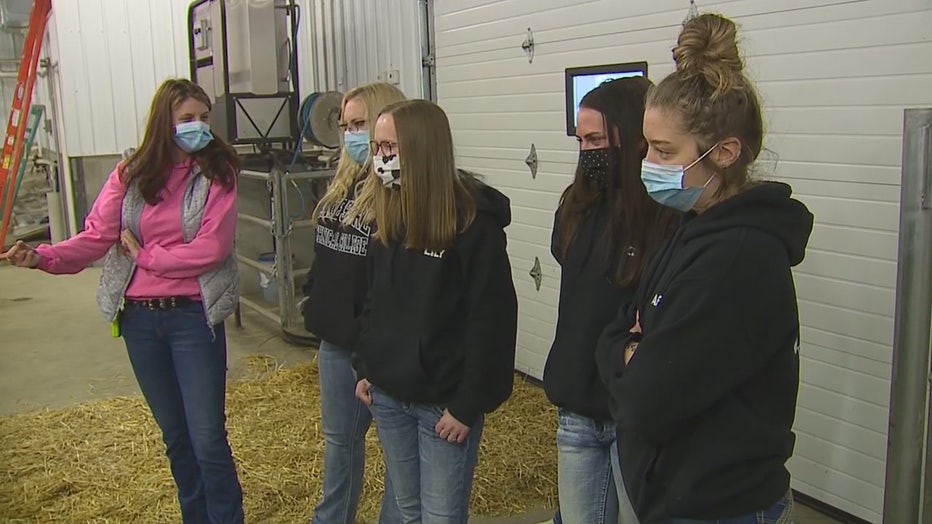 "There’s always people who are like there’s no way you do that," said Lily Charapata, one of the upcoming graduates.

At 5'2" tall, many underestimate Charapata's strength.

"You figure out ways to innovate and get the work done!" Charapata said.

Charapata’s love of farming started when she was young. She started buying her own cows when she was around 10. For her, caring for calves was her key to happiness – and it was a job she took seriously. 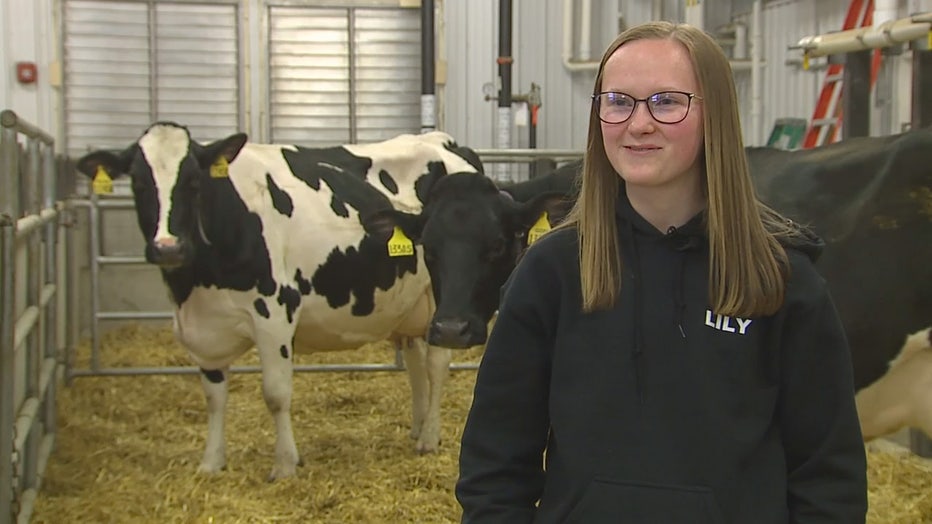 "My mom called me the mini herdsman at that point because I had a binder I left her when I went on vacation – one time telling her exactly what I was supposed to feed my calf and all this stuff," Charapata said.

As president of her 4-H Club, Charapata got a lot of experience. But nothing compared to the hands-on training.

"There’s a lot of little things for breeding cows. Obviously, they’re a lot taller than I am, so I have a step stool.  You know, there’s different ways you can work around things to work it out for yourself," Charapata said. 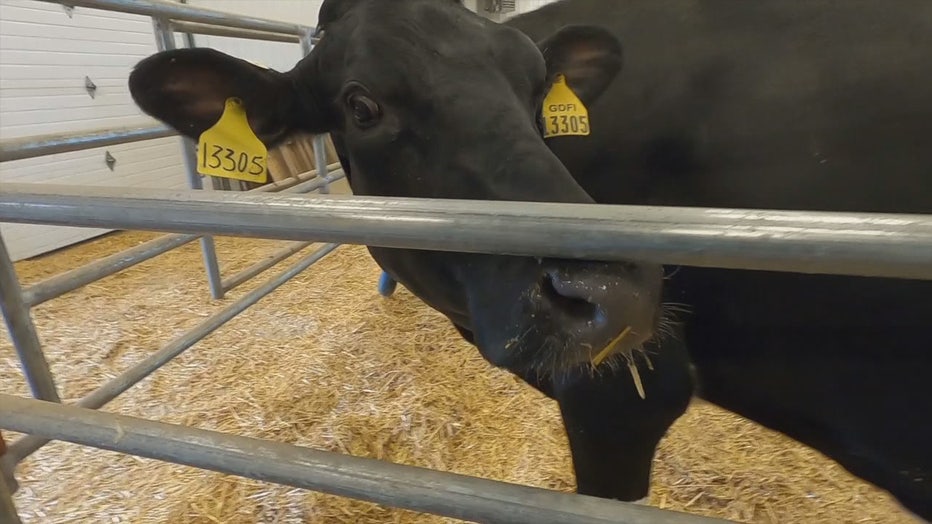 Charapata's goal is to become a herdsman. So what exactly is a herdsman?

"A herdsman is someone who manages the well-being of all the cows," Charapata said. "You’re working with a vet to check cows that a pregnant doing treatment, overall herd health."

The same goes for Kelsie Bramstedt who also wants to be a herdsman post-graduation. 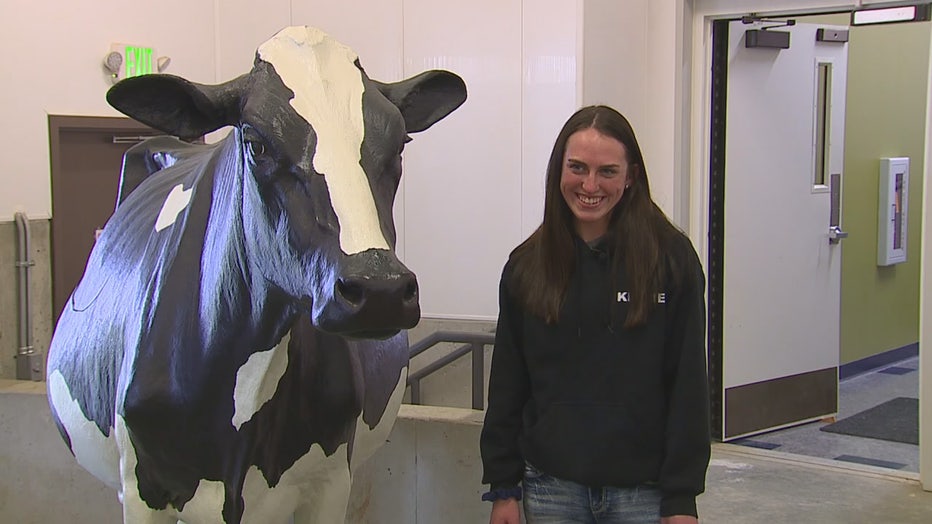 Bramstedt started showing horses at 8 years old. Her work with animals has been non-stop ever since. But eventually, pigs took the place of horses. Bramstedt began showing them in 8th grade, but decided they were a lot to clean up after.

So it was onto the Bovines for Bramstedt.

"Just because you’re a woman doesn’t mean that a big animal, like a 1,200-pound cow can stop you from doing anything," Bramstedt said. 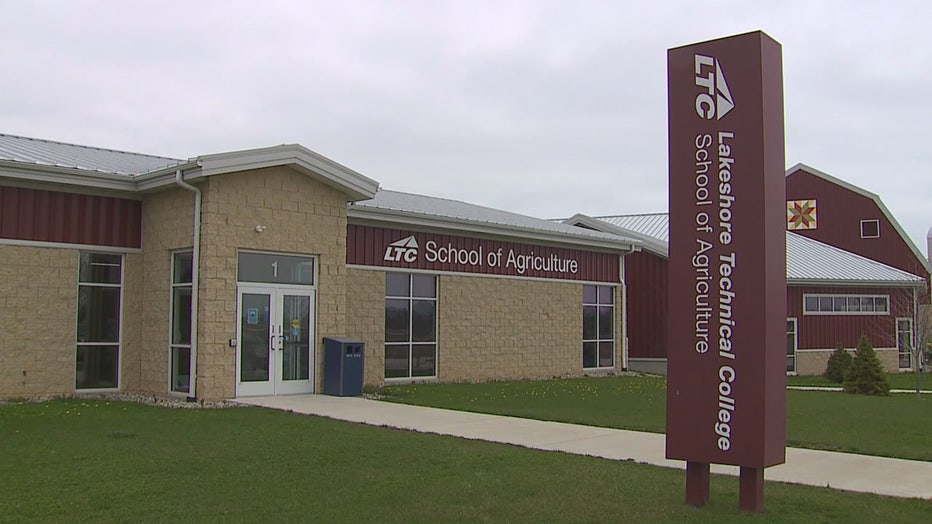 Dairy/Agribusiness Instructor Craig Lallensack said it is rewarding to see the passion for dairy cattle and other animals. The dairy herd management program includes classwork and training with the college’s cow birthing simulator at the Farm Wisconsin Discovery Center – as well as cows on-site where students learn about important components to their diet.

Charapata is already working on a farm in Kohlman, Wisconsin. She will return there after graduation. Charapata and her classmates want people to know while farming is physically hard work, it’s much more than a paycheck -- it’s a passion and a calling. 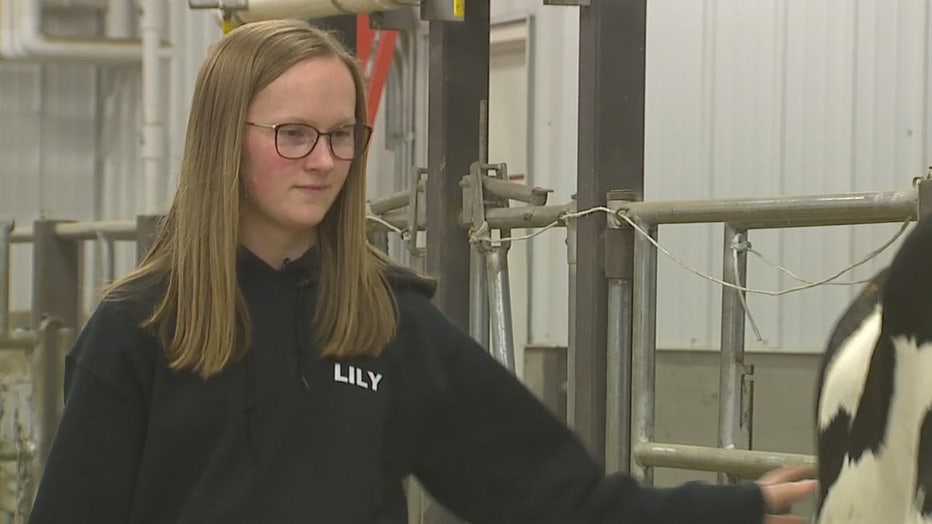 The best part for Charapata?

"You’re bringing new life to the world. It’s always fun seeing them, they’re cute 'cause they’re a calf. But it’s fun to have that moment where you’re seeing something new being born," Charapata said.