Fuchs is charged with three counts of physical abuse of a child, one count of second-degree reckless endangerment, one count of false imprisonment and one count of strangulation. WARNING – The details relating to these charges are disturbing.

The criminal complaint in the case says from January through October 2011, Fuchs abused a four-year-old and five-year-old, unbeknown to the mother, while he lived with her in Oak Creek.

The children told police he would hit them on the bottom of their feet with a spoon and put their feet in a tub full of hot water. 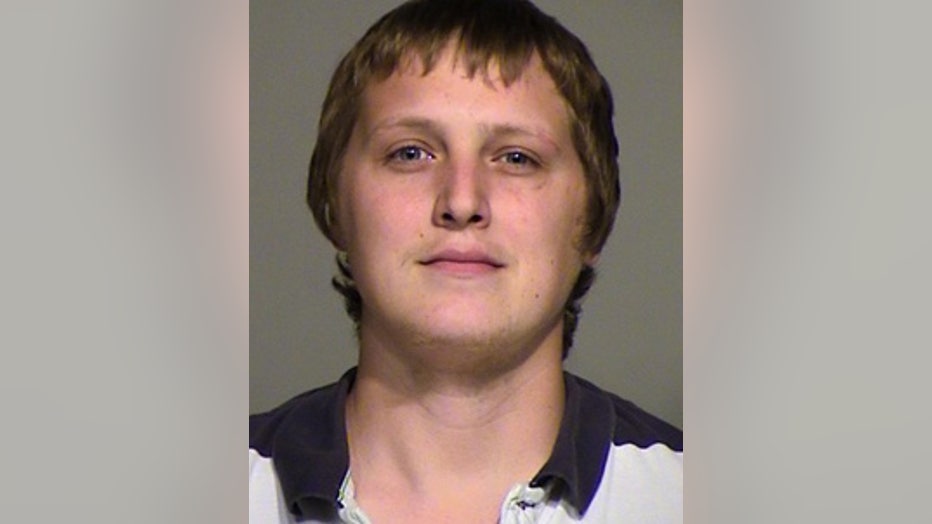 One child said they had urinated in their pajamas, so Fuchs put the child in a clothes dryer and turned it on. After further interviewing the children, police discovered he had done this on several occasions. “As punishment for wetting her pants, he put her in a dryer and that obviously caused her great fear,” Milwaukee County Assistant District Attorney Kent Lovern said.

The five-year-old boy also had to endure physical abuse for wetting his pants. “The defendant, at one point, is alleged to have strangled the little boy with his hands on the boy’s neck, and is also alleged to have pinched the boy’s penis and scrotum,” Lovern said.

Larry Koudelka and his wife live right across the street from where Fuchs lived with his girlfriend and the children. “He was always home with the kids. Me and the wife both love the kids. They’re cute little guys, him and her. I have no idea what was going on inside the house,” Koudelka said.

Koudelka said when the children were outside, there were times he noticed injuries to them. “The little girl had a broken arm, and she had a cast on her arm for a good three months. He said she must have broken it by herself,” Koudelka said.

Doctors and police found out the broken arm wasn’t the four-year-old girl’s fault. “He got angry at one of the kids, according to the complaint, and broke her arm as well. That fracture was documented by medical records, and we have that in our possession,” Lovern said.

The children and their mother have since moved out of their Oak Creek home. “She came back one day and got a bunch of her stuff and said ‘I got rid of him,’” Koudelka said.

Donald Heinrich lives across the street from where the family used to live and says he would always see the kids outside, and describes them as happy and healthy. Heinrich says he had never suspected anything was wrong. "We were in shock. Everything seemed pretty much normal. I mean, they had young kids. There was a dog running around the yard. They had a swing set, a pool. Anything that's done against kids I think is appalling," Heinrich said.

Fuchs' next court appearance is scheduled for Thursday, May 10th. A trial date has not yet been set. Fuchs' attorney asked for at least three weeks to gather information.