An amusement ride inventor said Tyre Sampson’s death could have been prevented with a simple addition to the seat.

ORLANDO, Fla. - An amusement ride inventor said Tyre Sampson’s death could have been prevented with a simple addition to the seat.

"The biggest issue is the 20 dollar issue," Bill Kitchen said, holding up a strap. "I went out and bought one at an auto parts store. This webbing can hold 6,000 pounds."

Kitchen, the founder of US ThrillRides, said he has a belt on all of his rides that turn upside down. He was not involved in the development of the Orlando FreeFall.

He said the straps add a layer of safety.

"It instantly struck me, as there must be some reason that this wasn’t included," Kitchen said.

The Orlando FreeFall only uses a shoulder harness to keep riders in their seats.

RELATED: How did 14-year-old Tyre Sampson fall from Orlando FreeFall?

In documents released by the state, the general manager of Funtime, the manufacturer of the Orlando FreeFall writes about the restraints.

He says: "It has two independent locking devices, and the shoulder restraints are monitored. There is no need for an extra safety or seat belt…" 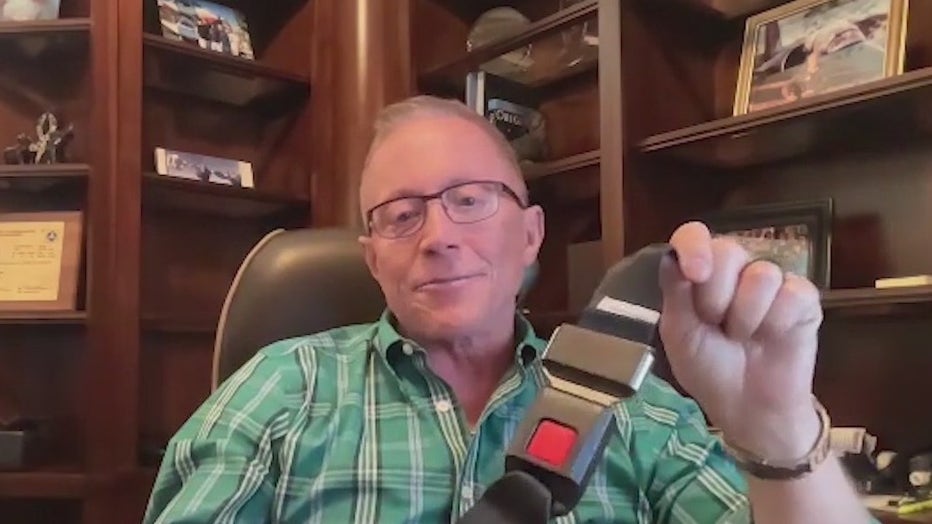 Bill Kitchen, the founder of US ThrillRides.

"I think this was an accident that should not have happened," Kitchen said.

The additional safety straps are not required per industry standards.

FOX 35 has also reached out to the owners of FreeFall for more information about the training employees working the ride received.

There are no set hours mandated by the state, but Kitchen says safety should be the priority for every manufacturer and operator.

He says at I-fly, one of the experiences he created, employees get almost 90 days of training.

Records submitted to the state show that FreeFall’s operator the night of the accident completed training last month.