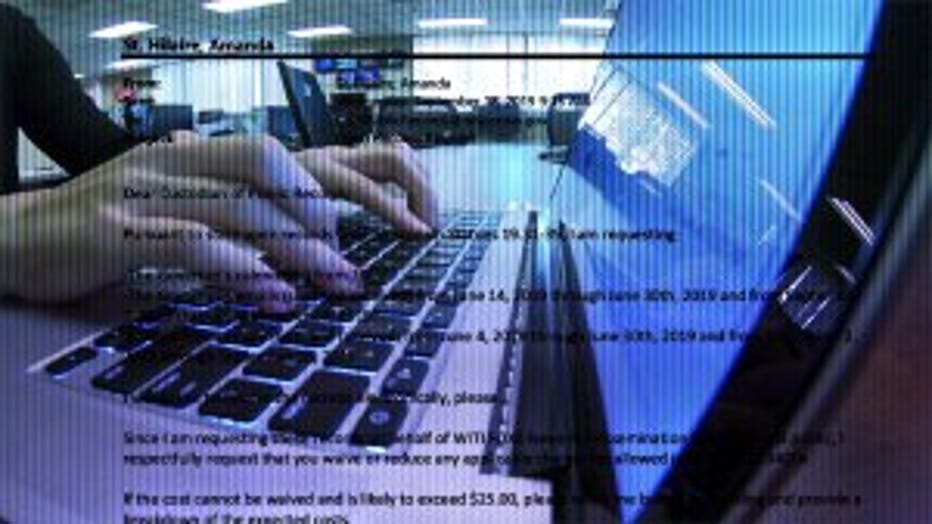 The station filed the lawsuit on Tuesday in Dane County Circuit Court, asking a judge to force the governor's office to release Evers' emails and award "reasonable attorney fees."

Ten minutes after providing the governor's attorney with a copy of the lawsuit, Evers' staff sent FOX6 his emails from June 14, 2019.

"The governor would save a lot of taxpayer money just by turning over these records the first time instead of wasting valuable resources in his office finding excuses not to turn them over," Wisconsin Transparency Project founder and open records attorney Tom Kamenick, who is representing FOX6 in this case, said. 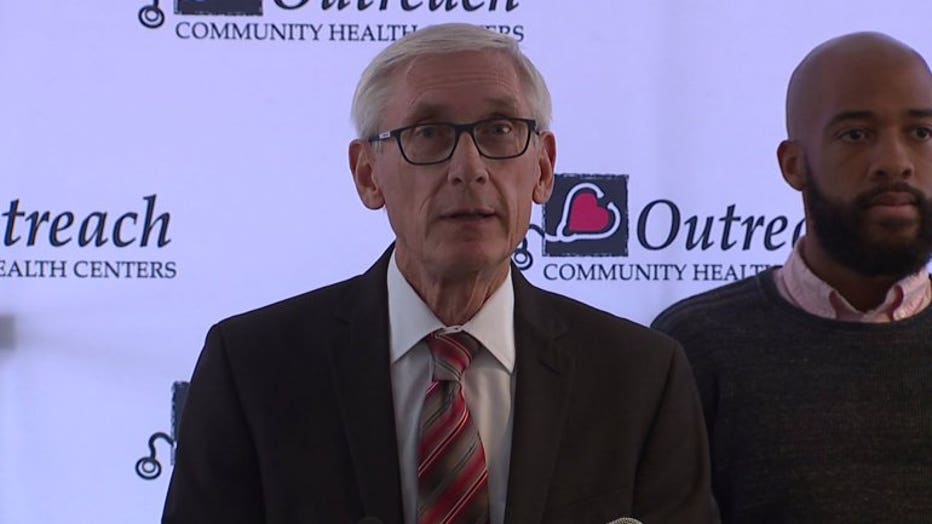 The governor's office says its position has not changed; FOX6's case is not over.

Government emails help track who is making decisions about tax dollars, how public employees make those decisions, and who has influence over the process. 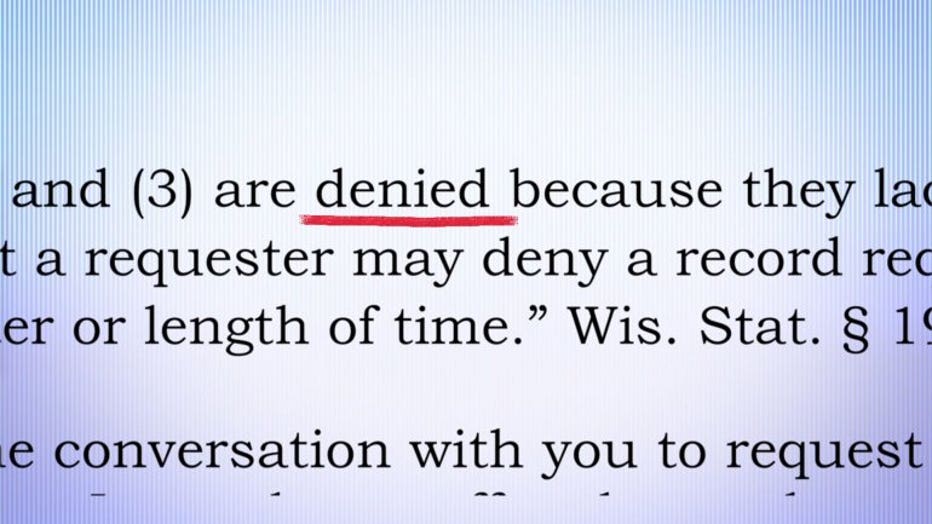 In September, FOX6 requested just over four weeks of emails to and from Governor Tony Evers and his chief of staff, Maggie Gau. Assistant legal counsel Erin Deeley denied the request and FOX6's subsequent attempt to narrow the request to emails from one week. 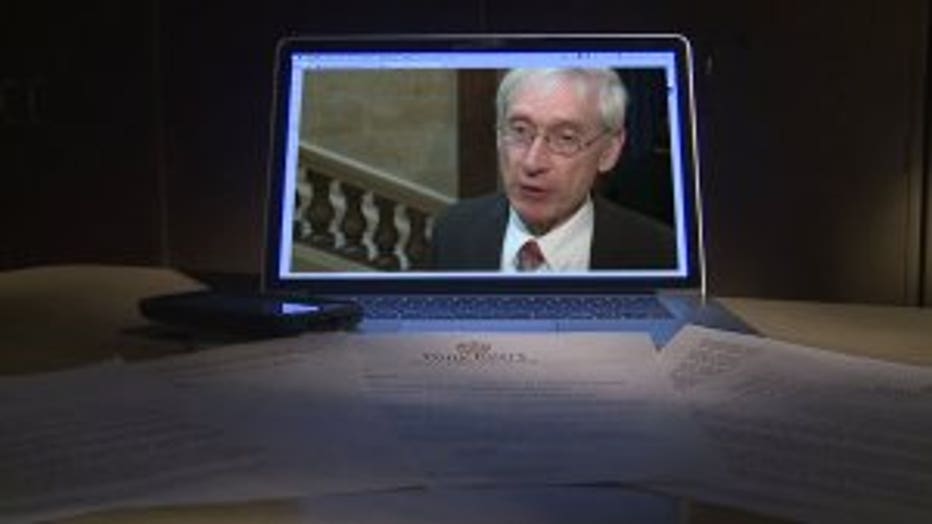 Governor Evers' attorney said all email requests will be denied if they do not contain search terms or wording she can turn into search terms. That is, requests for emails about the budget or containing the word "agriculture," for example, may be processed; requests for all emails over a specific time frame, no matter how short, will be denied.

When the governor's office would not provide comment for FOX6's story, FOX6 asked Governor Evers about the records denials at a press conference.

Amanda St. Hilaire: Governor, you've said that you are committed to transparency, so why is your office denying our request for one day's worth of your emails?

Governor Evers: When? No, I have no idea.

St. Hilaire: No one's told you?

Evers: Oh, that'll be pretty, pretty boring I'll tell ya. If I do one email a day, that's an extraordinary day. So, we'll work on that.

St. Hilaire: So you think the public should be able to see one day's worth of your emails?

Evers: Yeah. It's pretty boring. I mean, I can't remember sending an email all week.

Despite what the governor said, Evers' office continued to refuse to release his June 14, 2019 emails.

"Especially with elected officials and with people who have a lot of power in government, you’re worried that people are communicating with them in ways that influence them and then the public doesn’t get to find out who’s doing that or what it is they want from these powerful individuals," Kamenick said.

After FOX6 aired a story about the governor's office's record denials, media outlets across the state published editorials, calling on Governor Evers to release his emails.

The Republican Party of Wisconsin sent out a press release saying the governor "should be held accountable for his refusal to comply with the law," but did not address the Legislature's refusal to turn over investigative records, or FOX6's 2018 investigation into state lawmakers' ability to selectively delete public records.

Days after FOX6's report about his emails aired, Governor Evers told reporters the law prevented him from releasing the records. Transparency advocates said the governor was not correctly interpreting the law.

Evers' office also cited former Governor Scott Walker's denial of broader email requests without search terms as justification; Walker was criticized for his own record on open records while he was in office. 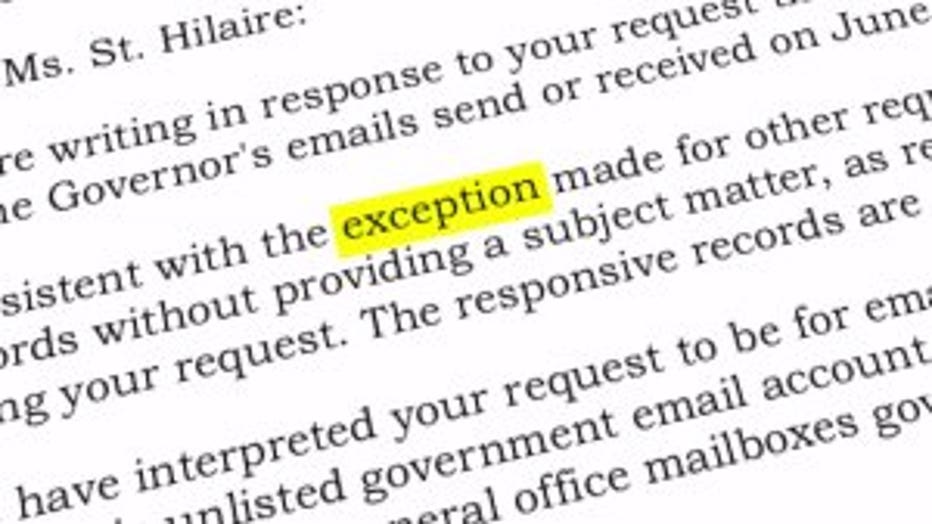 The governor's legal counsel then released Evers' emails from a different day to the Milwaukee Journal Sentinel, claiming the office was granting the media outlet an "exception."

"You have this attitude of, ‘Well, we’re just doing something nice by turning over these records when we don’t have to,'" Kamenick said. "I really hate to see that because that means they’re holding onto this excuse and they may use it again in the future. They’re not committing to be open and transparent, they’re simply ducking it for the moment."

FOX6 repeatedly emailed and called the governor's office, asking if Governor Evers would be willing to reconsider FOX6's request in light of the documents provided to the Journal Sentinel. No one responded.

After nearly two weeks of silence from the governor's office, FOX6 filed the lawsuit. 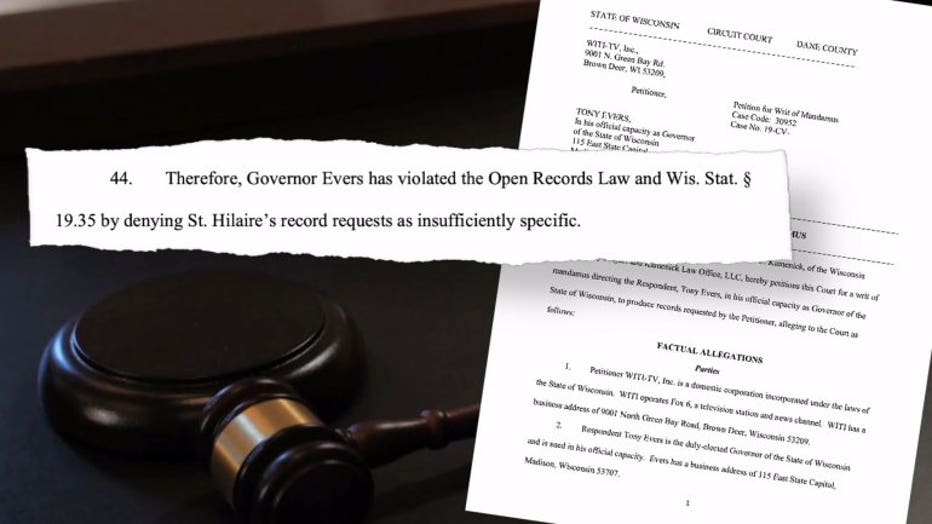 Information related to the governor's security detail and his non-public email address was redacted. The emails include press releases, the governor's schedule, and briefings for meetings, press conferences, and events.

The governor's office did not release emails from FOX6's previously denied requests and is still standing behind the claim that it is not legally required to release email records without search terms. 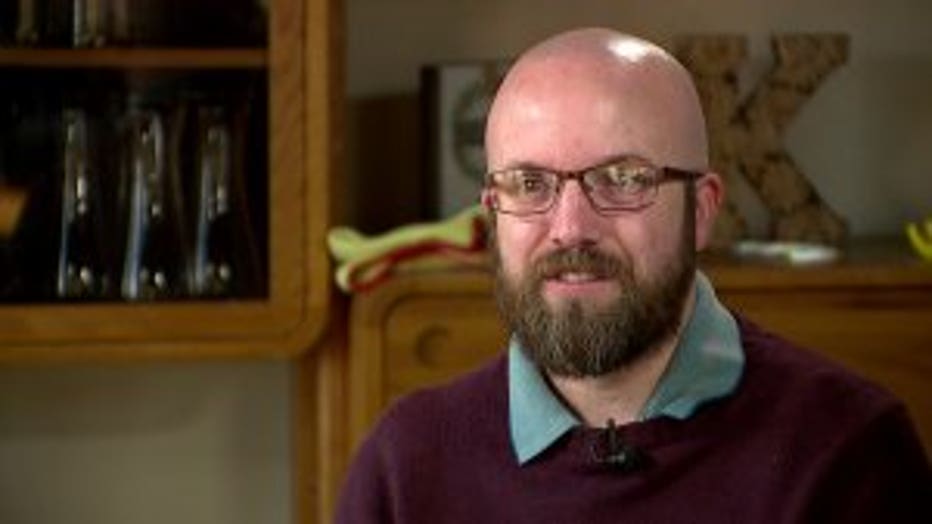 Now, FOX6 is asking a judge to decide.

"If custodians at school boards and the counties see the governor using these kinds excuses to cover things up and be untransparent, they’re going to start doing the same things too," Kamenick said. "So we need to put a stop to it at the top."

"Our position has not changed. The governor is committed to complying with state law and guidance from current and past attorneys general while ensuring transparency and accountability for the people of Wisconsin. Hopefully the legislature will demonstrate the same commitment to transparency and accountability by changing the law so they’re no longer permitted to destroy their public records.

The governor's office has 45 days to file an answer to the lawsuit.

The Department of Justice, which is charged with enforcing and overseeing Wisconsin's open records and open meetings law, is representing Governor Evers in his effort to withhold emails. 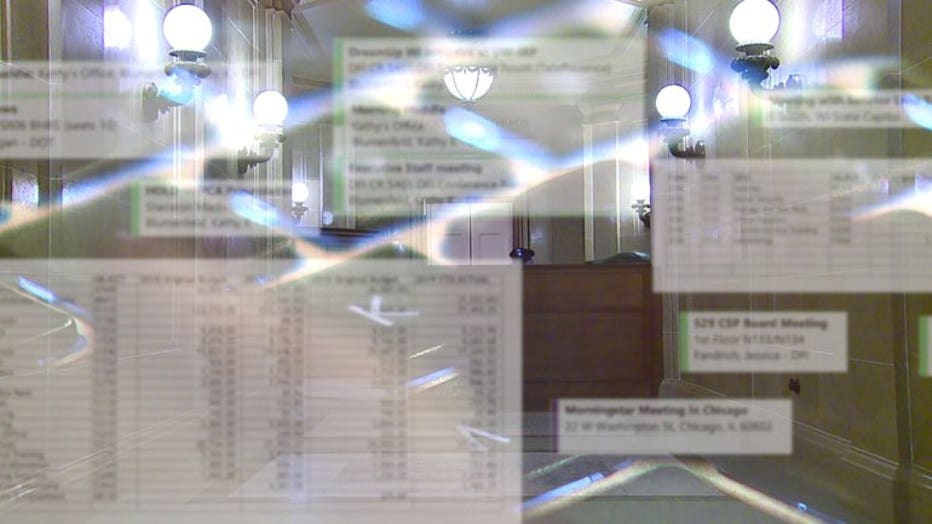 "In the end, these lawsuits are often a lesson," Kamenick said. "They’re expensive now but they save a lot of money in the long run because we won’t have to keep re-litigating and re-fighting over the same issues."