FOX6 reporter loses everything in 3-alarm fire in Bayside

FOX6 reporter loses everything in 3-alarm fire in Bayside

BAYSIDE -- A three-alarm fire roared through a 62-unit building at the White Oaks Apartments in Bayside early Saturday, March 30, leaving dozens homeless. North Shore Fire/Rescue officials said between 15 and 20 people had to be rescued from balconies, which slowed the process of extinguishing the flames. Sadly, one of our own at FOX6 lost everything in the blaze. 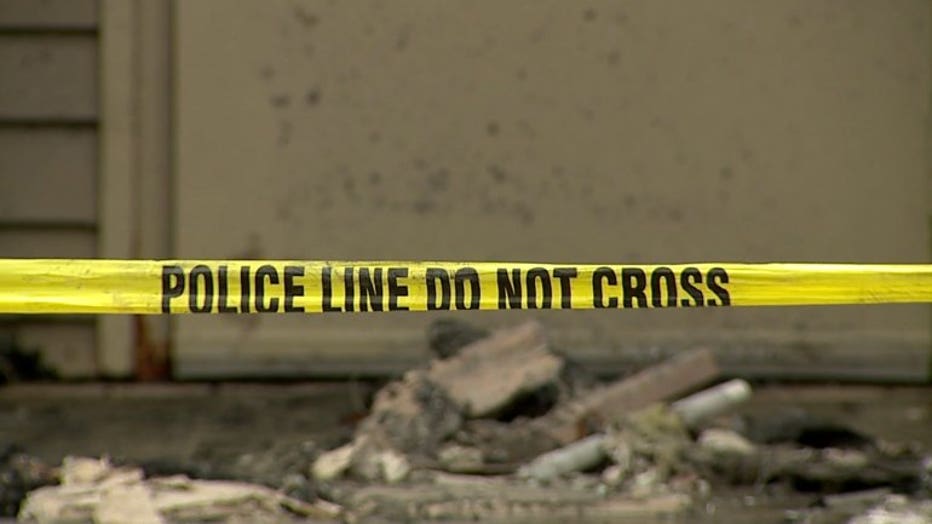 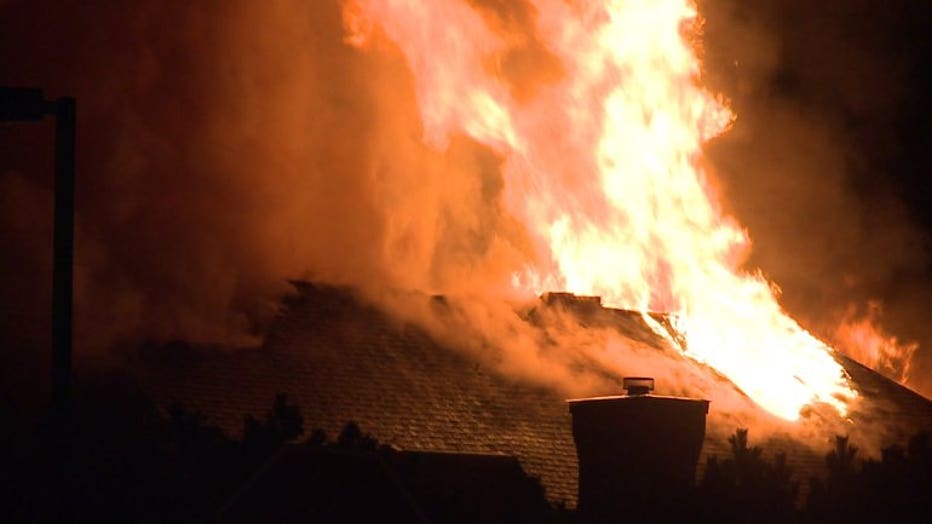 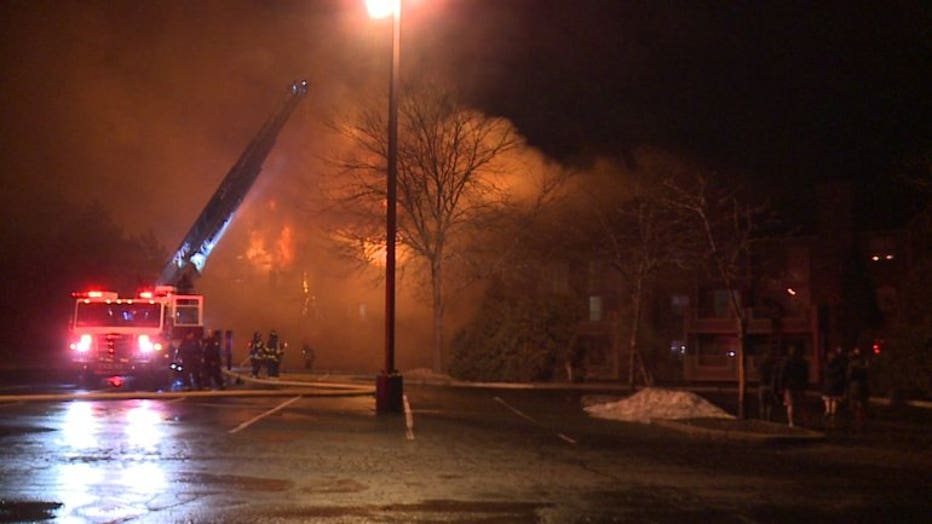 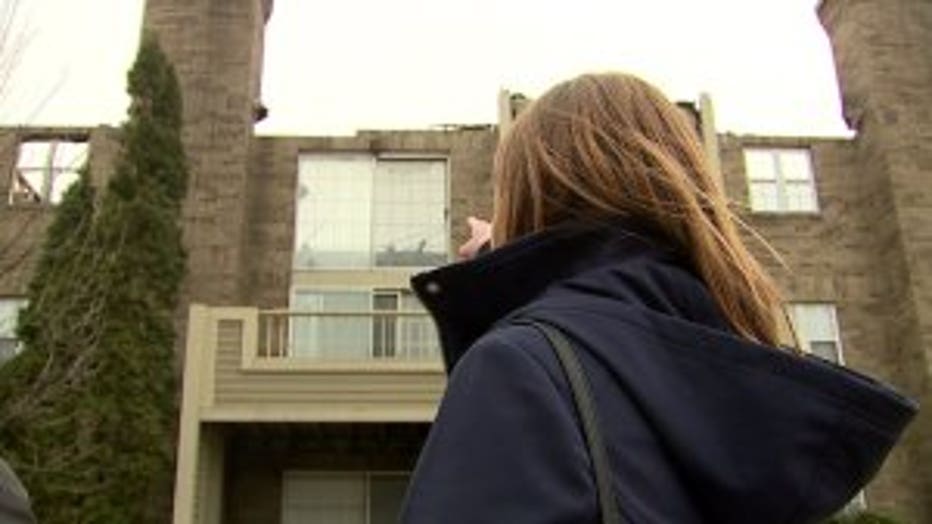 "There are some units that I know that are still unsafe to enter," said Chief Robert Whitaker.

Chief Whitaker said the fire started on a balcony on the first floor, impacting virtually all of the 62 units in the building.

"You see the devastation that puts in people's lives. That really hits our people hard," said Chief Whitaker.

"That would have been my living room there," said FOX6's Cassidy Williams. 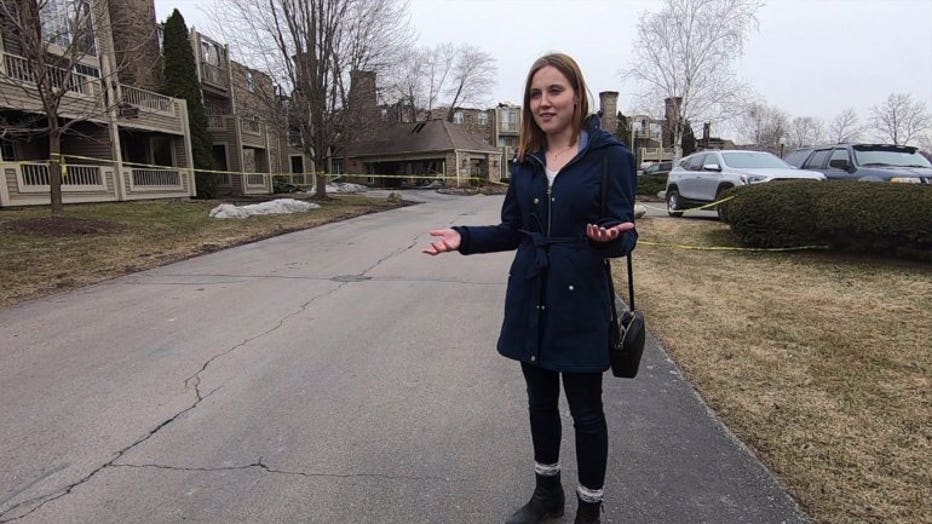 When Cassidy Williams, a WakeUp reporter, moved to Milwaukee three months ago, she made White Oaks her home.

"You never realize how much you own until you don't have anything," said Williams.

Williams had no time to grab anything more than her coat and cellphone. From a safe distance, she watched as the flames crept closer.

"Just moving down the roof. Once it hit a point, you just knew it was over," said Williams. 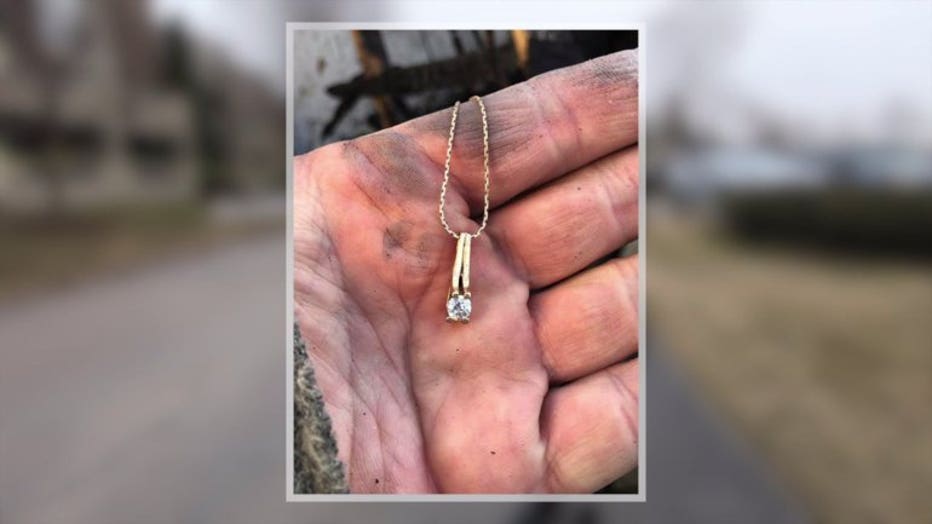 One of the irreplaceable items Williams thought she lost forever was her grandmother's necklace.

"She died when I was pretty young. She wore this every day," said Williams.

Williams said the firefighters who volunteered to go back in on Sunday somehow found it among the debris and returned it to the breaking news reporter who found herself on the other side of the story -- far from her family in Pennsylvania. She said she was finding comfort in the generosity of the American Red Cross, her co-workers and FOX6 viewers who reached out on social media. 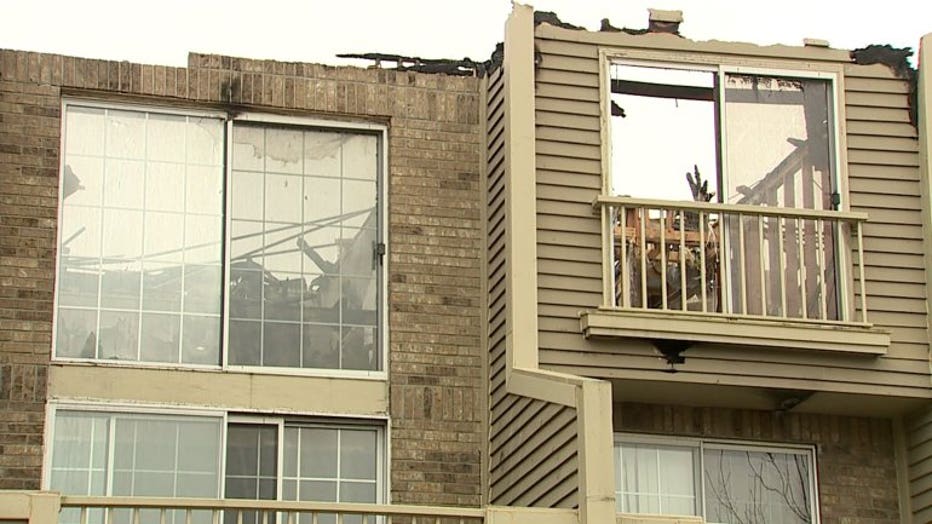 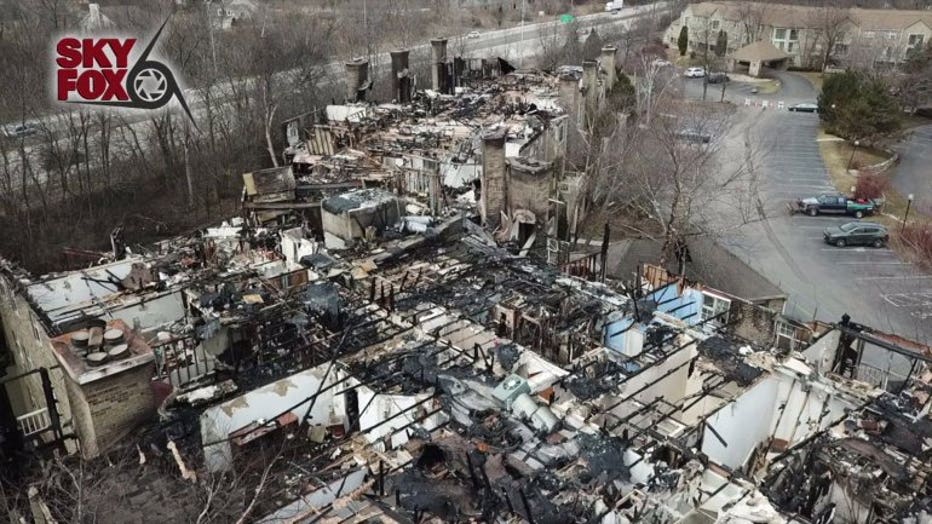 "The family that I didn't realize I had here has really come through," said Williams.

Chief Whitaker said fire alarms were working in the building, and there were sprinklers in the basement garage. That's all up to code, based on when the apartments were built.

The cause remained under investigation Monday. Officials said this was one of the largest fires in decades in Bayside. 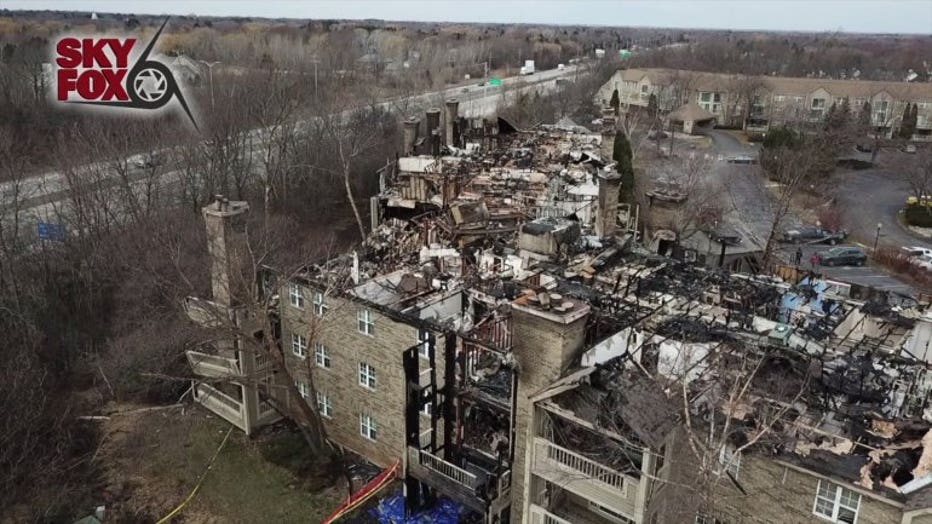 American Red Cross officials said the shelter at St. Eugene's Congregation on Port Washington Road remained open for those displaced as they transition to new lodging. Meanwhile, a multi-agency resource center (MARC) will be opened for those displaced by this fire to cover various available resources from nonprofit, government and other organizations from 8 a.m. to 7 p.m., Wednesday, April 3 at St. Eugene's.