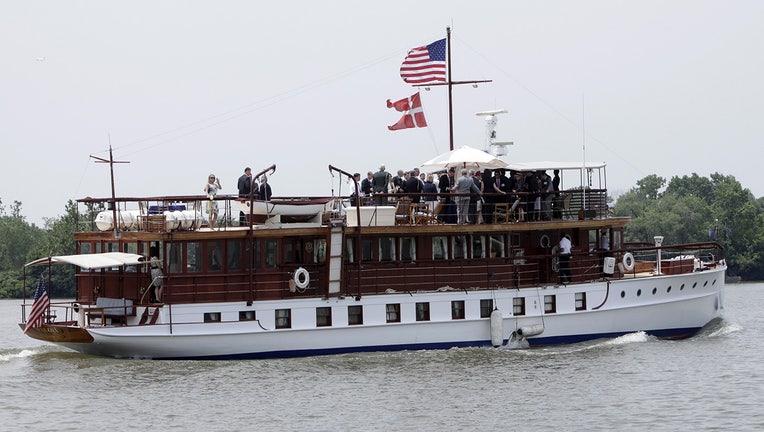 File: The USS Sequoia presidential yacht with Denmark's Queen Margrethe and Prince Consort Henrik on board cruises on Potomac river in Washington, DC in June, 2011. (YURI GRIPAS/AFP via Getty Images)

BELFAST, Maine - A private shipyard is preparing for a painstaking stem-to-stern restoration of a floating piece of presidential history.

The Sequoia is a 1925 motor yacht that served eight presidents before being sold by President Jimmy Carter in 1977.

French & Webb, a custom boat building company, was tapped for the restoration by the current owner. Strict guidelines must be followed because the vessel is on the National Register of Historic Places. 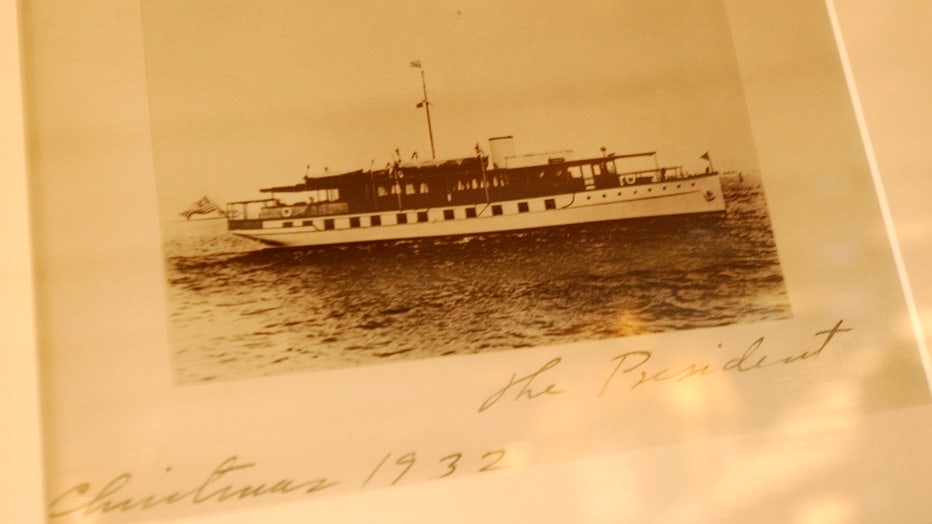 For now, the 104-foot vessel remains under a white tarp. Behind the scenes, workers have created a three-dimensional model because the original design plans couldn't be found, and assembled materials including longleaf pine from the Southeast and white oak from Denmark.

Once the physical work begins, likely in the spring, the restoration of the Sequoia should be a three-year project, he said.

Over the years, several different vessels have served as a floating White House for presidents. 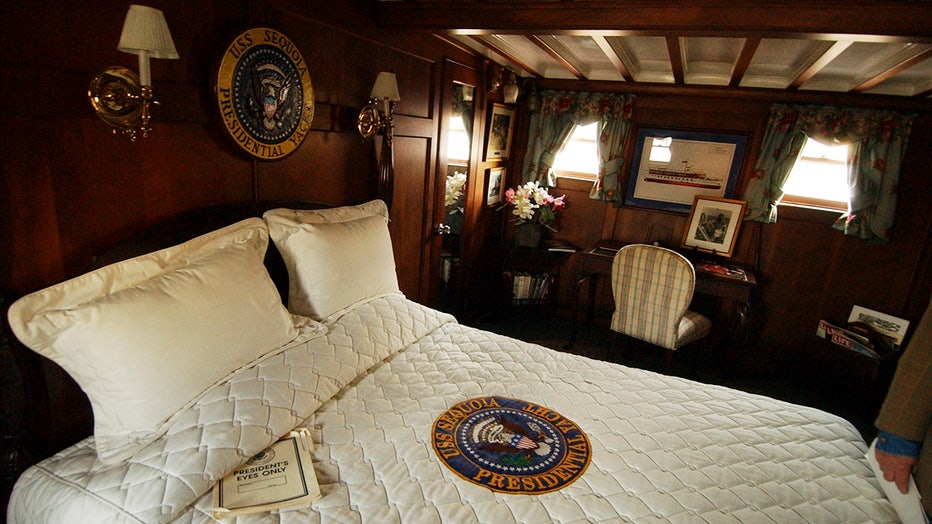 The Sequoia was designed by a Norwegian-born naval architect and went through a couple of owners before going up for sale following the stock market crash of 1929.

President Herbert Hoover encouraged the Navy to buy the vessel, and began using it as a presidential yacht. 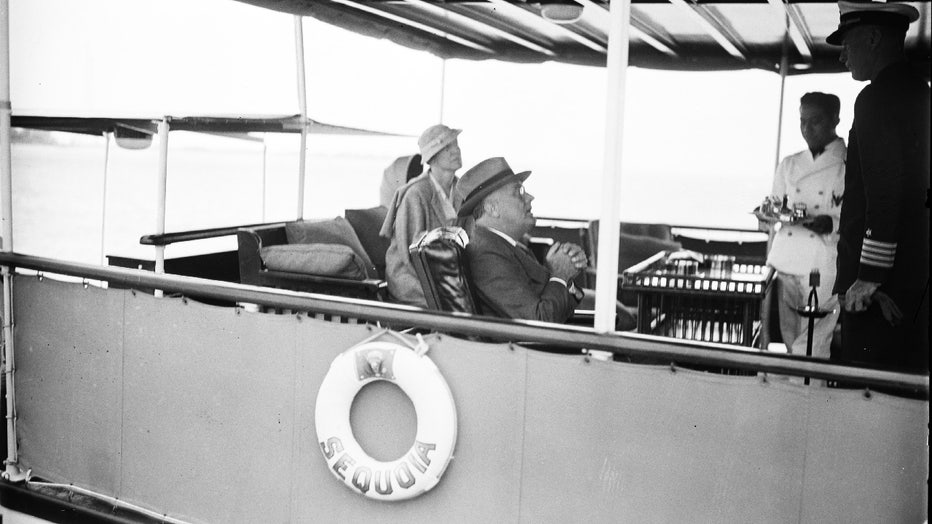 The vessel, which is owned by FE Partners LLC, a private investment firm based Washington, D.C., has been in Belfast since 2019. The pandemic delayed the start of work.