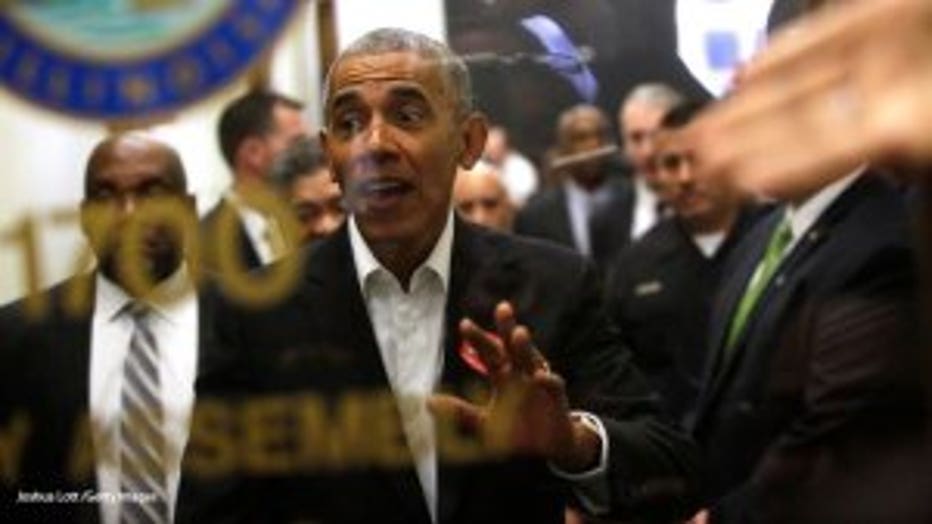 CHICAGO, IL - NOVEMBER 8: Former President Barack Obama waves to a crowd of people as he attends Cook County jury duty at the Daley Center on November 8, 2017 in Chicago, Illinois. Jurors receive $17.20 for each day of jury service. ( Photo by Joshua

CHICAGO — Former President Barack Obama, free of a job that forced him to move to Washington for eight years, showed up to a downtown Chicago courthouse for jury duty on Wednesday morning. Then he heard the words most prospective jurors pray for: You're dismissed.

The 44th president's motorcade — considerably shorter than the one when he lived in the White House — left his home in the Kenwood neighborhood on the city's South Side and arrived at the Richard J. Daley Center shortly after 10 a.m.

Obama — wearing a dark sport coat, dress shirt, but without a tie — waved to people who gathered outside. 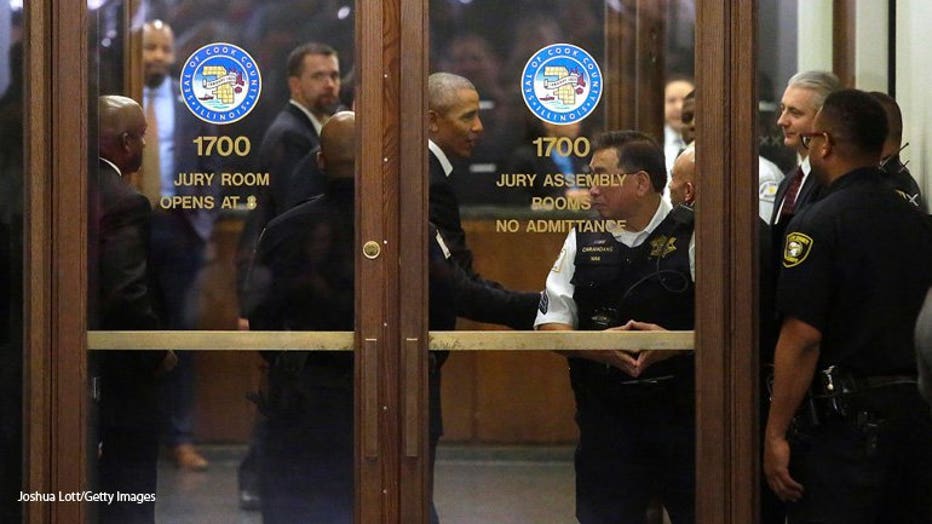 Shortly before noon, Cook County Chief Judge Timothy Evans told reporters that the former president had not been selected for jury duty. But Obama was ready to serve if told to do so, Evans said.

In fact, Obama was also summoned in 2010 but that was during his most powerful leader in the world period, and he was able to postpone reporting, according to his spokeswoman, Katie Hill.

On Wednesday, Obama did get the prospective juror experience of sitting through a decades-old, 20-minute video in which Lester Holt— now the anchor of NBC Nightly News but back then on local news —explained the ins-and-outs of jury duty. 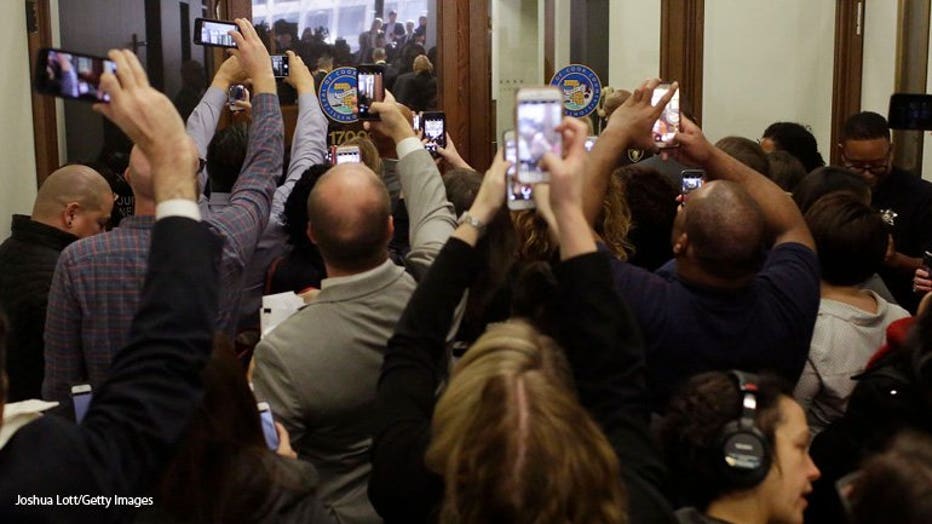 CHICAGO, IL - NOVEMBER 8: People use their phones to capture former President Barack Obama arriving for Cook County jury duty at the Daley Center on November 8, 2017 in Chicago, Illinois. Jurors receive $17.20 for each day of jury service. (Photo by

Obama's experience was a bit different than the others who watched the video. When he arrived there was a feeding frenzy as crowds of people inside the courthouse took photos and videos of the former president. As happens most days, would-be jurors brought books, but on Wednesday some people brought books Obama had authored in hopes he might sign them. He obliged them and posed for photographs, Evans said.

"Look at this. Did you know I was coming?" he asked one man who held a copy of Obama's "Dreams From My Father."

Thomas Pearson, who took the video and called the experience of shaking hands with Obama "the best thing I experienced in my entire life," said he wasn't going to show up for jury duty until his mother texted him that Obama would be there.

For his troubles, Obama is in line to receive $17.20 — the daily rate of pay for performing this civic duty. Hill said that the former president would donate it to Cook County.

Obama is the highest-ranking former public official to be called to jury duty in Chicago. But he is not the first former president to be called to jury duty. In 2015, former President George W. Bush answered the jury duty call in Dallas. He was not selected to sit on a jury. And in 2003, former President Bill Clinton reported for jury duty in federal court in New York City. He also was not selected.

Nor is Obama the first famous Chicago resident to be called to jury duty. In 2004, Oprah Winfrey was on a Chicago jury that convicted a man of murder. A decade later, Lawrence Tureaud, better known as Mr. T, showed up to a suburban Chicago courthouse for jury duty, sporting his usual Mohawk, but without the gold chains for which he is known. Mr. T was not chosen to sit on a jury.