MILWAUKEE -- Former French Minister of Justice Christiane Taubira has accepted an honorary degree from the University of Wisconsin-Milwaukee.

Taubira was honored for her work in law and human rights.

The former economics professor served as France’s justice minister from 2012 until Wednesday, January 27th, when she resigned in protest of a proposed anti-terrorism law. 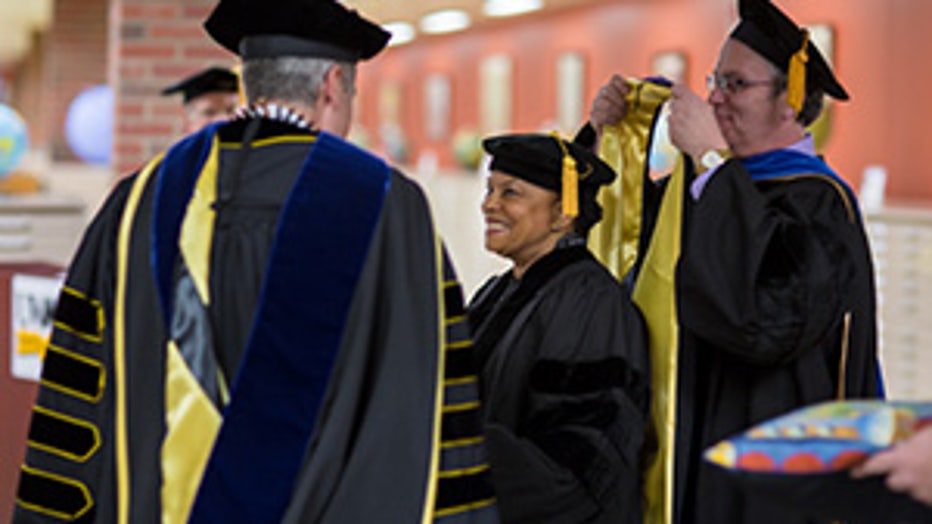 Nominated for an honorary doctorate of laws and human rights by the UWM Department of French, Italian and Comparative Literature, she received the degree at a special ceremony because she could not attend the December commencement.

At her acceptance speech, she talked about the need to protect the human rights of people who find themselves threatened, no matter where they live.