MILWAUKEE -- 39-year-old Melissa Mueller of Milwaukee -- accused of theft and  misconduct in public office for allegedly stealing from the Cudahy Police Department by taking cash paid in satisfaction of parking tickets, and failing to properly deposit said funds with the department was in court Wednesday, August 31st for her preliminary hearing.

Probable cause was found for further proceedings in this case. Mueller was bound over for trial. She has pleaded not guilty.

Mueller will next be in court for a scheduling conference on September 16th.

According to a "probable cause affidavit," Mueller, who also served as a spokeswoman for the Cudahy Police Department is accused of misconduct in public office and theft (less than $2,500).

That affidavit states that on August 3rd, Cudahy Police Chief Thomas Poellot reported to the Milwaukee County District Attorney's Office he had suspicion that Mueller was stealing from the Cudahy Police Department by taking cash paid in satisfaction of parking tickets, and failing to properly deposit said funds with the department.

That affidavit states that on July 23rd, a man was seen on surveillance video handing Mueller $25 for a parking ticket in Cudahy. 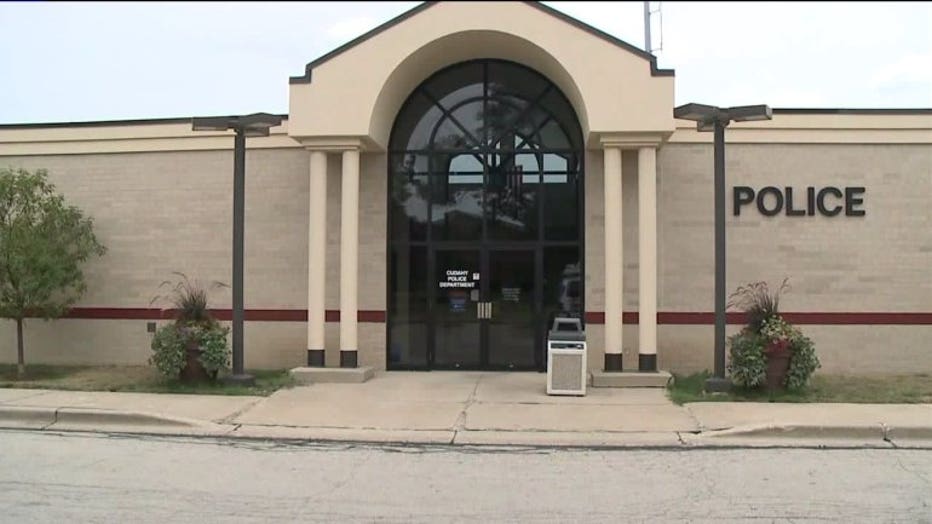 "I went in to put the money in the box on the side and the lady at the desk said 'I can take it here.' So I went over there and paid it," Dan Stahnke said. 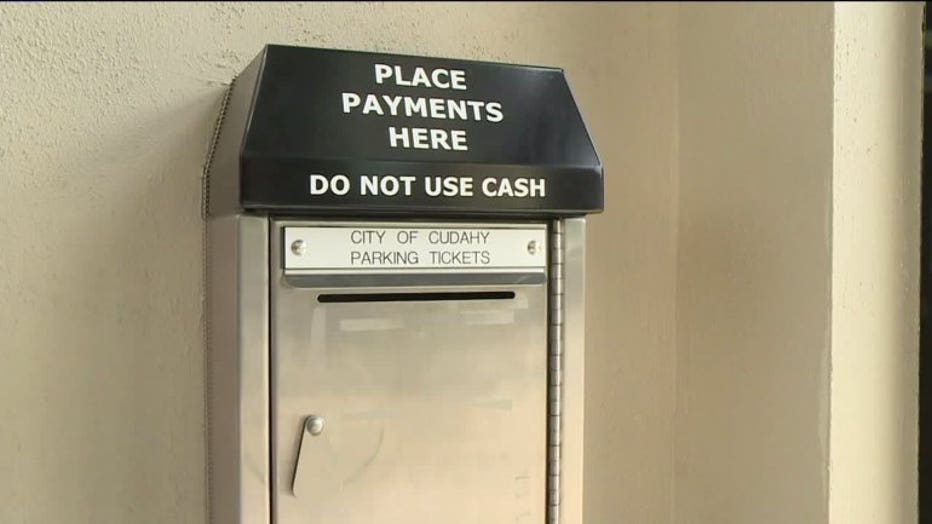 According to the affidavit, instead of making the computer entry, Mueller was seen manually opening the cash register's drawer and placing the money inside. Mueller was then seen feigning the payment endorsement on the department's copy of the ticket by manually pulling the ticket through the machine. 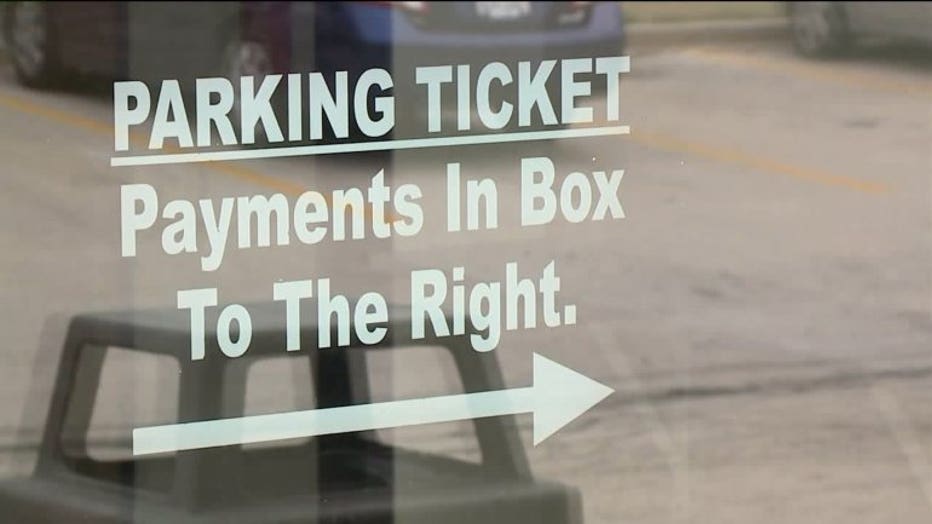 According to the affidavit, by failing to enter the payment into the computer system, Mueller's action resulted in no record made documenting the payment, and created an excess balance of $25 in the cash drawer.

Mueller was later seen removing money from the cash drawer and putting it into her pocket, according to the affidavit. 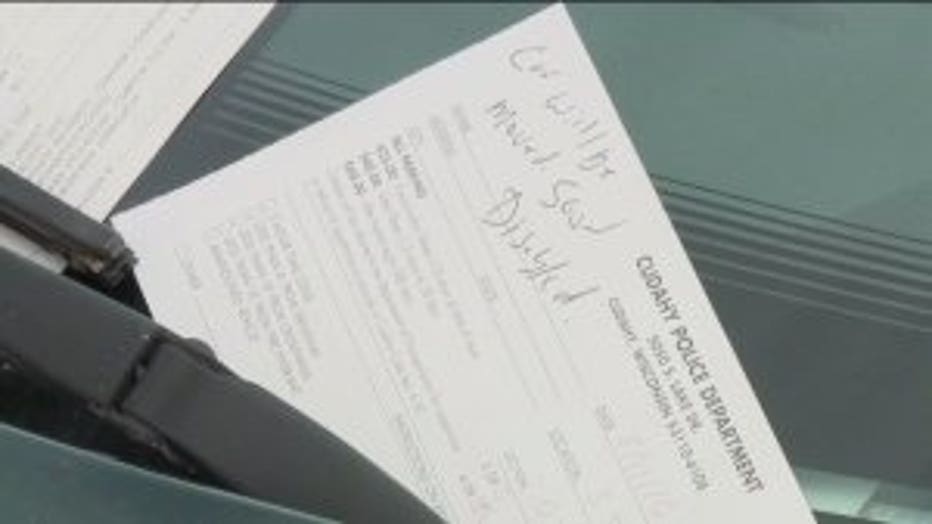 Cudahy police later sent an overdue notice to the man who paid the ticket on July 23rd.

He provided details that led police to review surveillance video from July 23rd. Additionally, the affidavit states that police were unable to locate any copy of the ticket paid by Stahnke.

According to Chief Poellot, on Friday, July 29th, an internal investigation began. 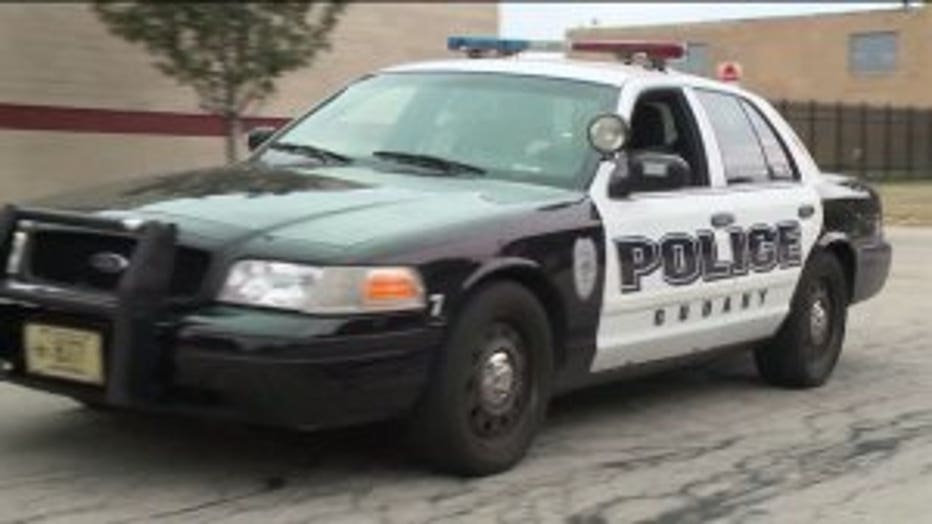 On August 3rd, the matter was referred to the Milwaukee County District Attorney's Office for possible criminal charges.

On August 9th, Mueller was taken into custody by investigators with the DA's Office for misconduct in public office.

On August 11th, Mueller resigned from the Cudahy Police Department.

"These are people that we`re supposed to be trusting," Nadeen Dias said.

"To find a ticket on your window, it`s bad. And to know that someone is stealing that money, it`s even worse," Wessal Hamdan said.