RACINE -- Besides the snowblowing and shoveling that came along with our first significant snowfall of the season on Saturday, December 10th through Sunday, December 11th -- there was some looking to get out and enjoy it!

After a warm November, the long fall, beginning on Saturday night and continuing for more than 24 hours, was wiped away by more than six inches of snow in Racine! 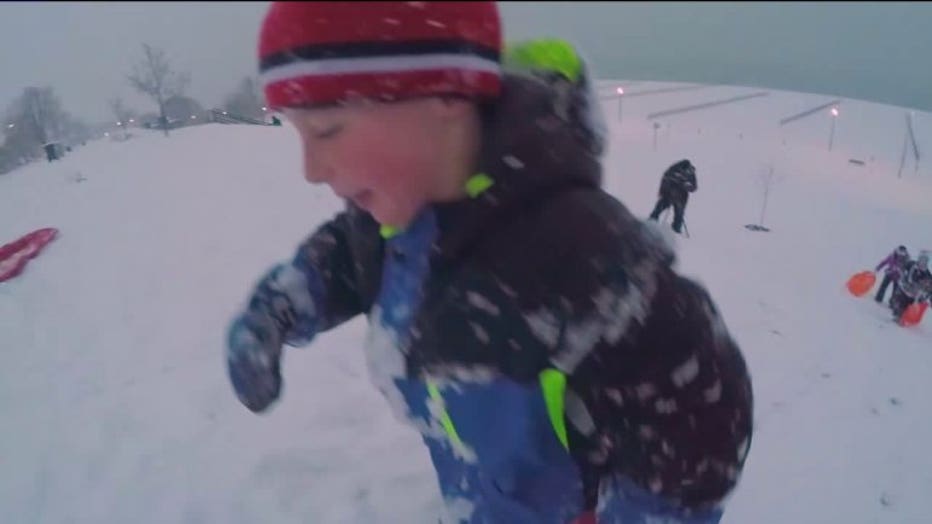 "Takes a lot more getting up than down," one sledder said. 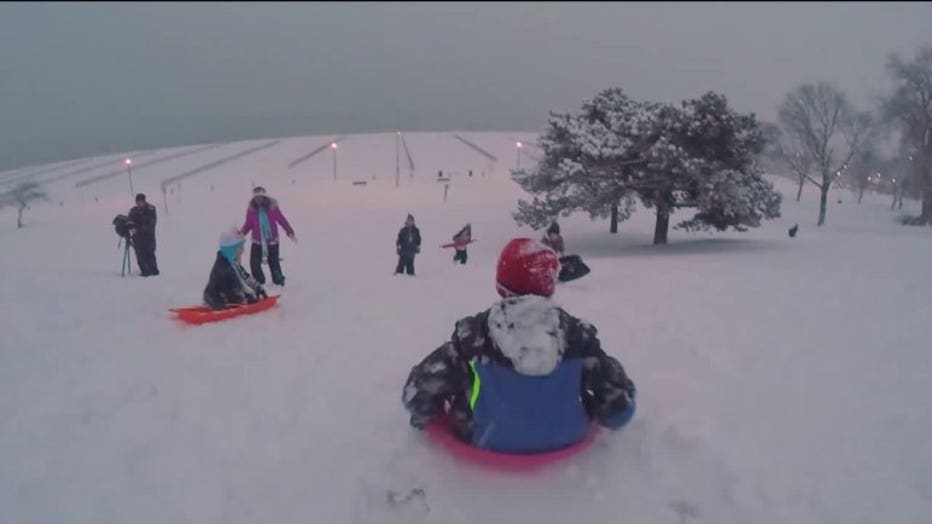 Liz Zimmerman brought a handful of young people to the hill for a day of fun.

"I think just a couple days ago Jackson said 'I don`t even think we`re going to get snow before Christmas,'" Zimmerman said. 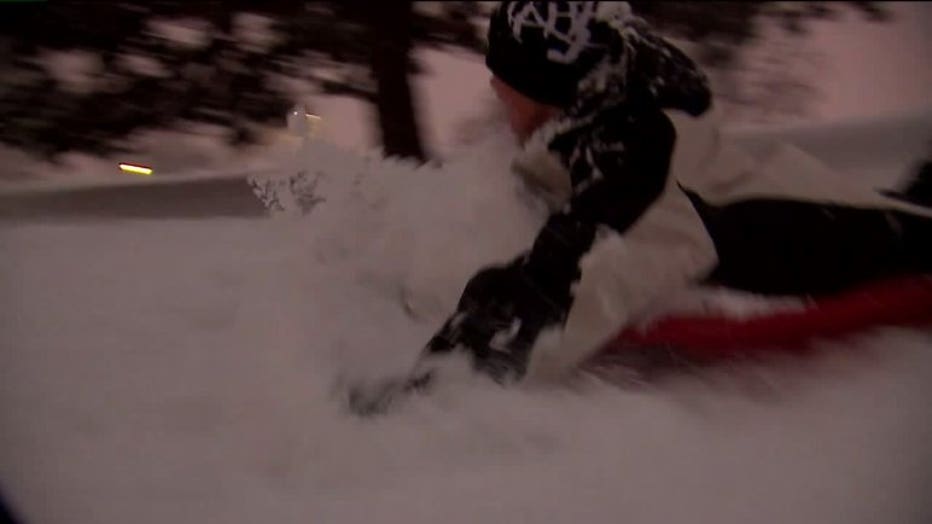 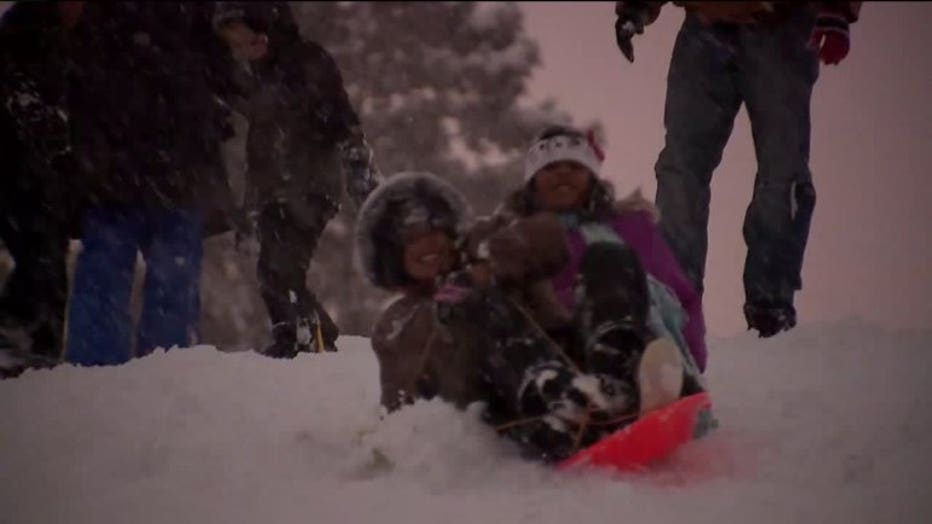 The hill could've been busier Sunday afternoon if not for that Packers/Seahawks game! 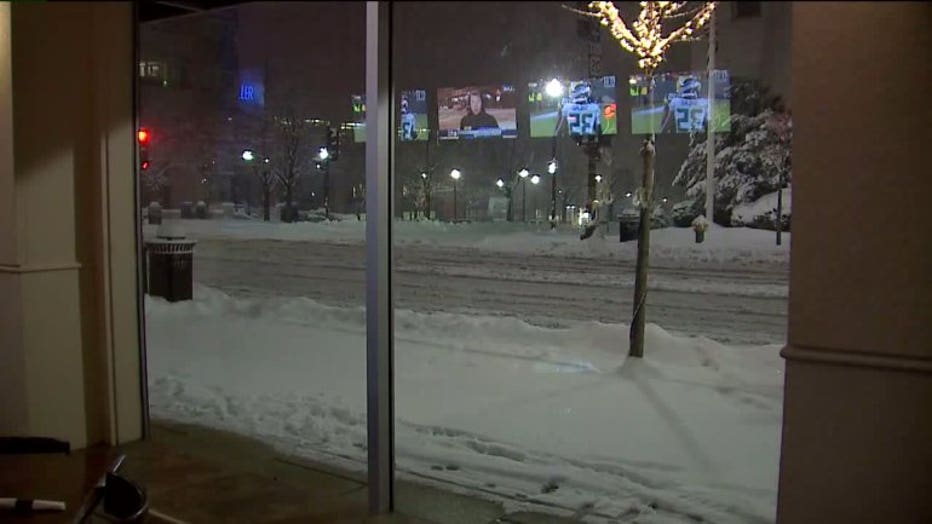 The allure of the first big snowfall was trumped for some by the Packers' late-season push, but at least the crowd at Dewey's in downtown Racine could keep an eye on both on Sunday.

"You know, my kids wouldn`t want it any other way. They want to be out here. They wanted us out here," a sledder said. 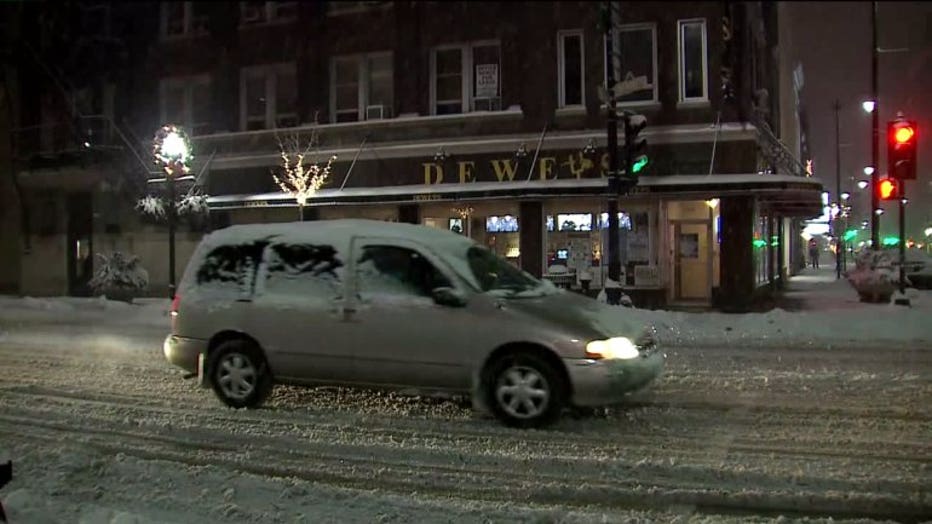