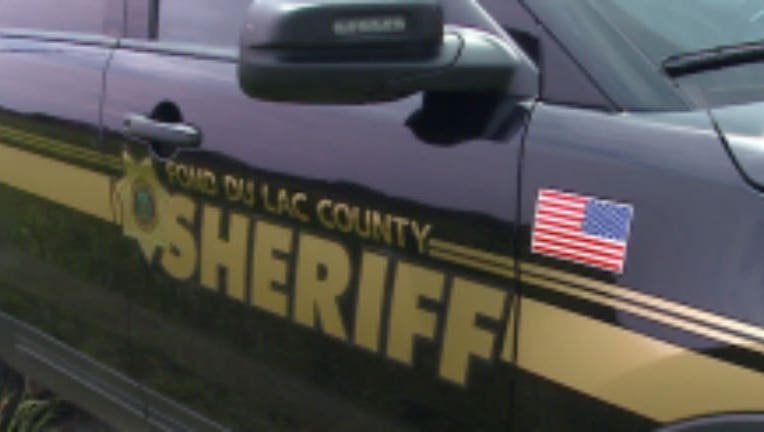 Initially, Fond du Lac police were investigating the assault complaint, which possibly involved a gun and a stolen vehicle. Officers spotted that vehicle near Western and Military around 8:25 a.m.

Police tried to conduct a traffic stop – but the vehicle fled and the pursuit began. During the chase, authorities said the vehicle "abruptly" stopped, and two people got out before the vehicle took off a second time.

Those two people, identified by the sheriff's office as a 41-year-old woman and 35-year-old man both from Fond du Lac, were taken into custody.

Sheriff's deputies resumed the pursuit as it went down several city streets before moving onto southbound I-41 at Military Road.

The fleeing vehicle got off the interstate at Hickory Street, the sheriff's office said, and – still speeding – jumped a curb in an attempt to drive through the grass onto Rolling Meadows Drive. The driver lost control and crashed into a deputy's squad. Both vehicles were significantly damaged and became disabled. The chase stretched roughly five miles.

Authorities said the fleeing driver tried to run off from the wreck but was surrounded and taken into custody without further incident. He was identified by the sheriff's office as a 30-year-old Milwaukee man who was jailed on charges of fleeing/eluding law enforcement, first-degree recklessly endangering safety and operating a motor vehicle without the owner's consent. He also had a probation warrant out.

The Wisconsin State Patrol is investigating the crash involving the deputy's squad. A state patrol vehicle also sustained minor damage during the incident.

As to the initial assault investigation, the sheriff's office said another Milwaukee man, 32, may face charges.