Folks in Gov. Walker`s boyhood town of Delavan excited for presidential announcement: “I think he can do it”

Folks in Gov. Walker`s boyhood town of Delavan excited for presidential announcement: "I think he can do it"

DELAVAN -- A busy 48 hours for Governor Scott Walker. On Sunday afternoon, July 12th, Governor Walker was set to sign the state's $73 billion, two-year spending plan into law. Then, on Monday, July 13th, Walker will announce his bid for president in 2016 in Waukesha.

Politics aside, Governor Walker's bid for president is generating a lot of pride in his boyhood town of Delavan. But that doesn't mean residents think Walker's journey to the White House will be an easy one. 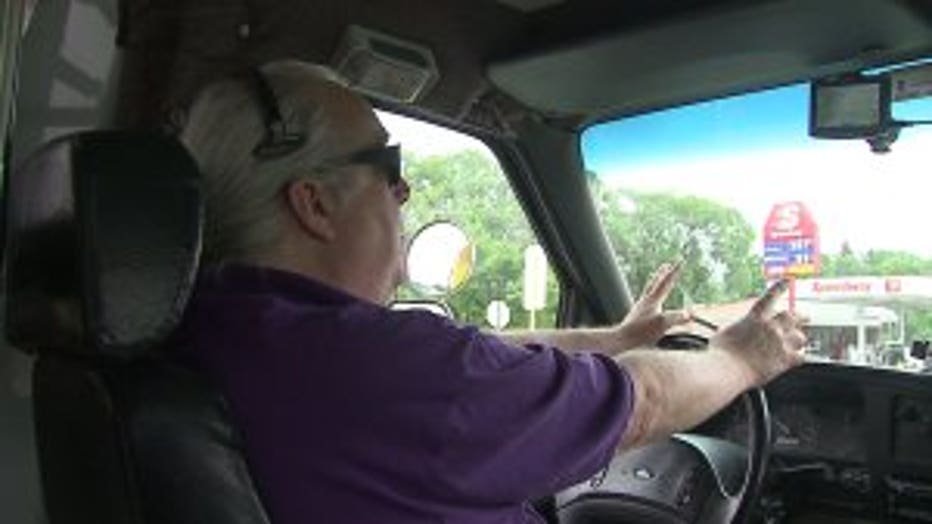 "Of course Delavan Lake, 14 miles of shoreline, five miles long, about a mile wide. The 19th Century circus capital, Harry Houdini, and you know what else we got? I think four or five Frank Lloyd Wright houses on the lake," Ryan said.

Over the last few years, Ryan has added Scott Walker's name to the list of Delavan notables.

And Walker will need support if he plans to stand out among a crowded Republican field of presidential candidates.

"There are so many diverse individuals jumping in," Lindy Ann Kloiber of Delavan said.

"I think anybody who is in that mix, I don't think any one clear winner stands out," Kloiber said.

For Governor Walker, Monday's announcement in Waukesha will be the beginning of a long campaign -- a campaign that won't be easy.

"I think it's more like a cobblestone (road), because it's going to be rough just for him to get through the Republican primary," Ryan said.

"I'm not that political, but I'm for the hometown man and I think he can do it," a Delavan resident said.

Walker plans to campaign in Super Tuesday states this month after formally declaring his bid for the presidency, a nod of acknowledgment that he expects a prolonged battle for the Republican nomination.

Later in the month, Walker will visit Tennessee, which also has a primary scheduled on the first Tuesday in March.

In addition, the Wisconsin Republican has scheduled July campaign stops in Illinois, Missouri and North Carolina — three states that will hold primaries on March 15.

CNN will host a GOP presidential primary debate on March 10 in Florida, which also is scheduled to hold its primary on March 15. The March 15 primary is significant, because it is the first time states will be allowed to institute a “winner-take-all” awarding of delegates.

Walker also plans to visit California in July, one of the final states to hold its primary in June 2016.