MIAMI — Fort Lauderdale police suspended an officer after video showed he pushed a kneeling woman to the ground during protests over the police killing of George Floyd in Minnesota, resulting in bottles being thrown.

The officer’s colleagues quickly pushed him away from the woman and down the street Sunday. 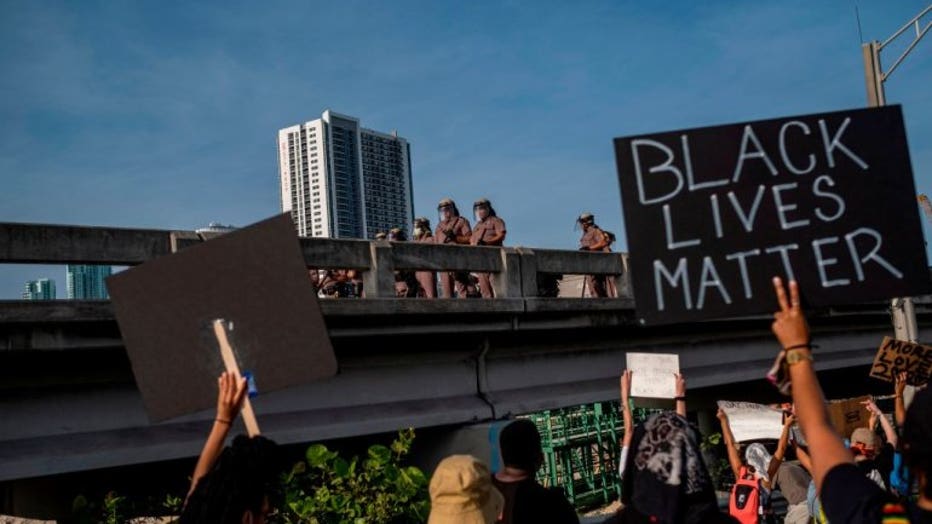 A row of police blocks off a highway as protesters march during a rally in response to the recent death of George Floyd, an unarmed black man who died while in police custody in Minneapolis, in Miami, Florida on May 31, 2020. (Photo by Ricardo ARDUEN

Police Chief Rick Maglione said Monday that Officer Steven Pohorence was one of several officers who had come to the assistance of a colleague, who had been surrounded by demonstrators and felt endangered. He said some of the demonstrators began jumping on a patrol car and that officer had to also be rescued.

He said as the officers were removing the endangered officers, Poherence pushed the woman to the ground. Maglione said Poherence's actions will be investigated by the Florida Department of Law Enforcement before an internal investigation is conducted. 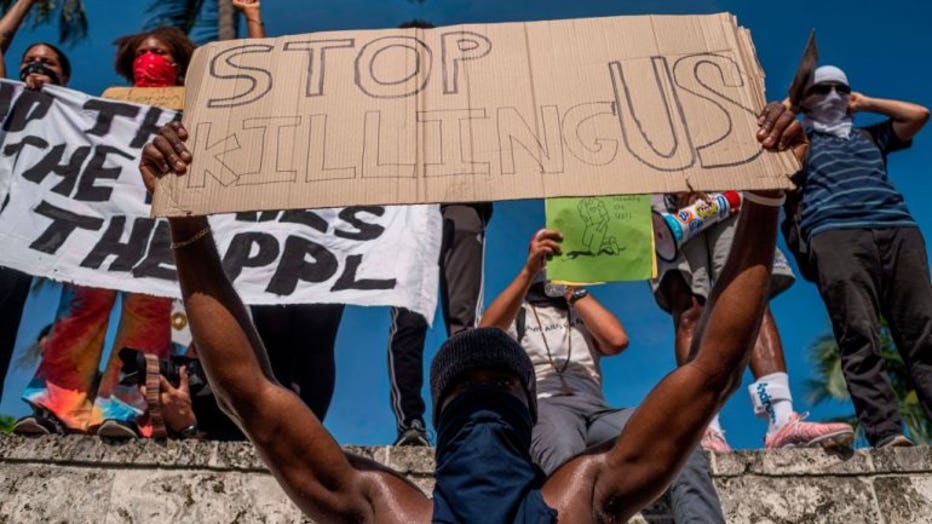 Protesters hold signs during a rally in response to the recent death of George Floyd, an unarmed black man who died while in police custody in Minneapolis, in Miami, Florida on May 31, 2020. (Photo by Ricardo ARDUENGO / AFP) (Photo by RICARDO ARDUENG

Maglione said he understands why some believe the shove provoked the crowd to throw bottles, but he said there were people in the crowd with bricks, bottles, fireworks and other weapons who were hoping to start a fight with officers. He said the demonstration had been peaceful and was dispersing until some surrounded his officers.

“I don't think (Poherence's) action created what occurred...we were in the process of an officer rescue that turned into another officer rescue,” he said. But, he added, Poherence's actions “could have added to what was going on.” He commended the officer who pushed Poherence away from the woman.

“She did what you are supposed to do — when you see either adrenaline or emotion or some kind of interaction going south...that is our job to do is intervene,” he said. 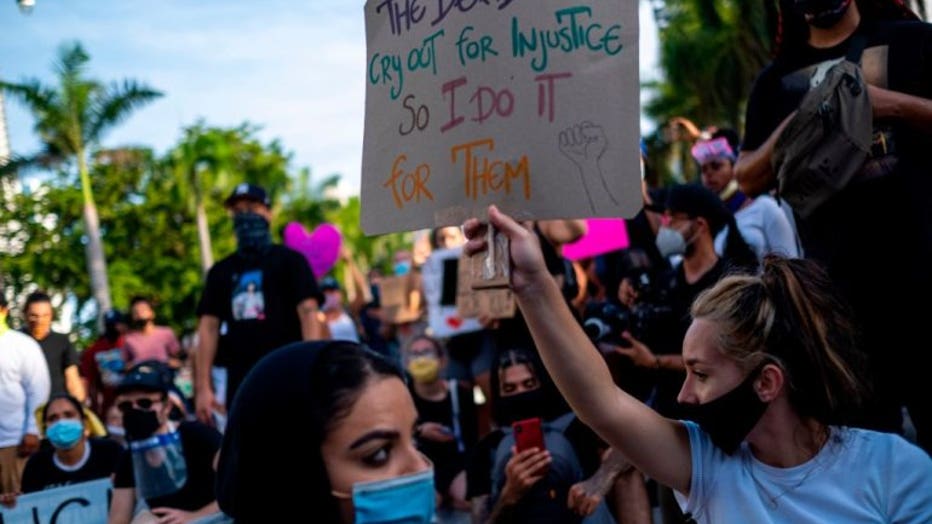 Protestors march during a rally in response to the recent death of George Floyd, an unarmed black man who died while in police custody in Minneapolis, in Miami, Florida on May 31, 2020. (Photo by Ricardo ARDUENGO / AFP) (Photo by RICARDO ARDUENGO/AFP

Fort Lauderdale Mayor Dean Trantalis said he felt the Poherence’s actions were “offensive,” and he’s happy the department has suspended him.

“I thought that was something that should have never happened,” the mayor said.

Elsewhere in Florida on Sunday, police officers fired tear gas on demonstrators who made their way onto Interstate 4 in downtown Orlando on Sunday night as several cities and counties across Florida issued nighttime curfews to curb the large crowds gathering to protest the latest killings of black people by police.

Orlando Police officials tweeted that demonstrators threw rocks, bottles and construction equipment, and they were forced to temporarily close a section of the main highway that goes through the metro area Sunday night. 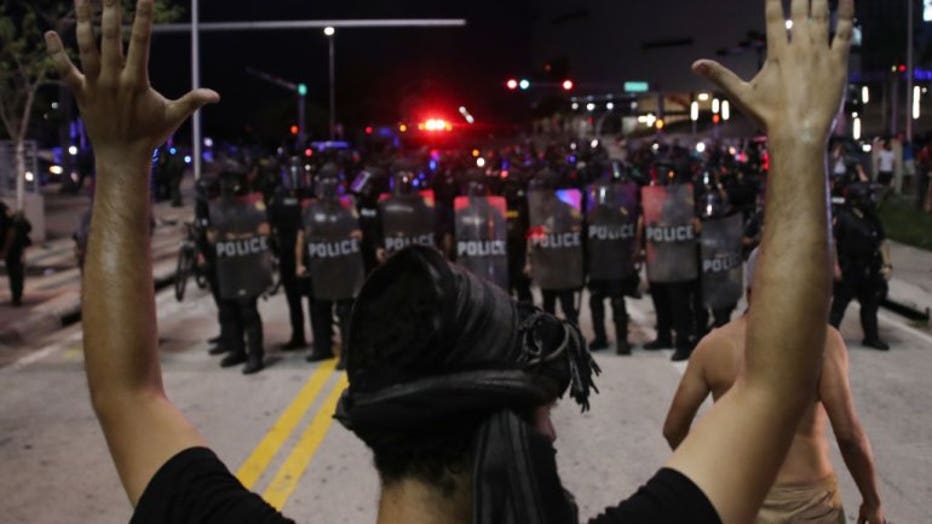 Police watch as demonstrators block a roadway while protesting against police brutality and the death of George Floyd, on May 31, 2020 in Miami, Florida. (Photo by Joe Raedle/Getty Images)

In Miami-Dade, the state's most populous county, Mayor Carlos Gimenez said he would postpone the reopening of the county’s beaches, which had been scheduled to reopen Monday for the first time since March when they were closed to stem the spread of the new coronavirus.

In Miami, West Palm Beach, Jacksonville, Orlando and Tampa, peaceful protests turned more violent at times over the weekend, with some people throwing objects at law enforcement officers dressed in riot gear. At times, police used tear gas to back the crowds up.

Protesters were demanding justice for Floyd, a black man who died after pleading for air as a white police officer in Minneapolis pressed a knee on his neck last week. The officer was charged, but that hasn't stemmed the protests happening in cities nationwide.

Many protests were largely peaceful across the state Sunday with thousands gathering in Daytona Beach, Jacksonville, Stuart and Tampa. Some organizers intensified efforts to contain their demonstrations and prevent the violence.