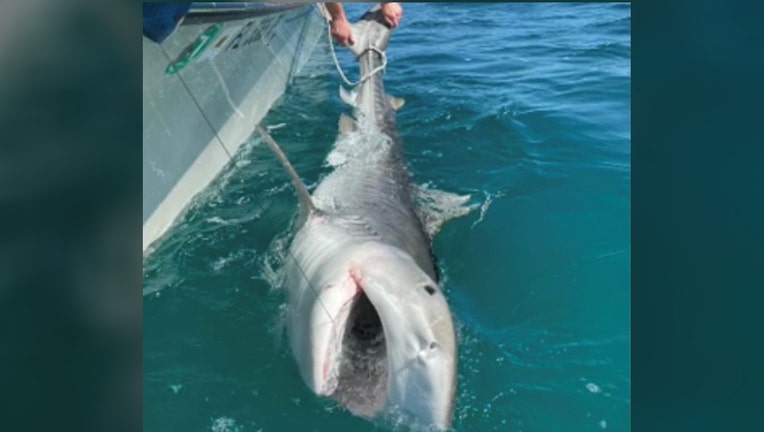 A group of Florida fishermen captured a 12-foot tiger shark off the coast of Naples Beach on Monday.

According to Florida Fish and Wildlife, tiger sharks are second only to the great white shark in the number of bites on humans worldwide.

Another dangerous shark was caught off Naples Beach this week. Bruce Mccomas and Chris DeHart caught a 7-8 feet long bull shark after a 20-minute struggle. The fishermen released the shark shortly afterwards and it swam away.