MILWAUKEE -- For the third night in a row, protests in Milwaukee turned destructive Sunday, May 31 into Monday, June 1 -- with fires set and stores looted. This, amid ongoing protests over the in-custody death of George Floyd in Minneapolis on Memorial Day.

A large fire was set in the middle of the street near MLK Drive and Wright Street. A large crowd stood by and watched as it burned. At one point, a man walked by with an American flag.

Police confirmed they're investigating an arson that took place shortly before 2 a.m. Police said a vacant building was set on fire -- and no one was hurt. 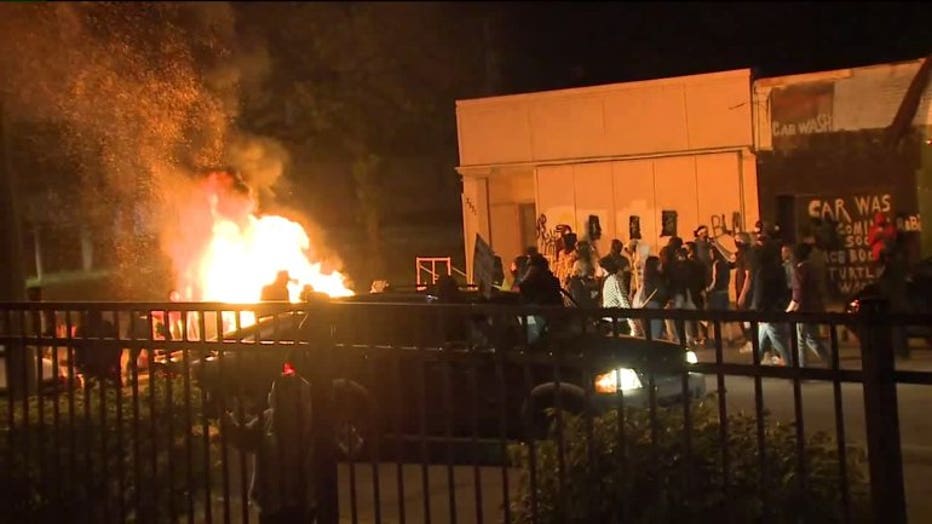 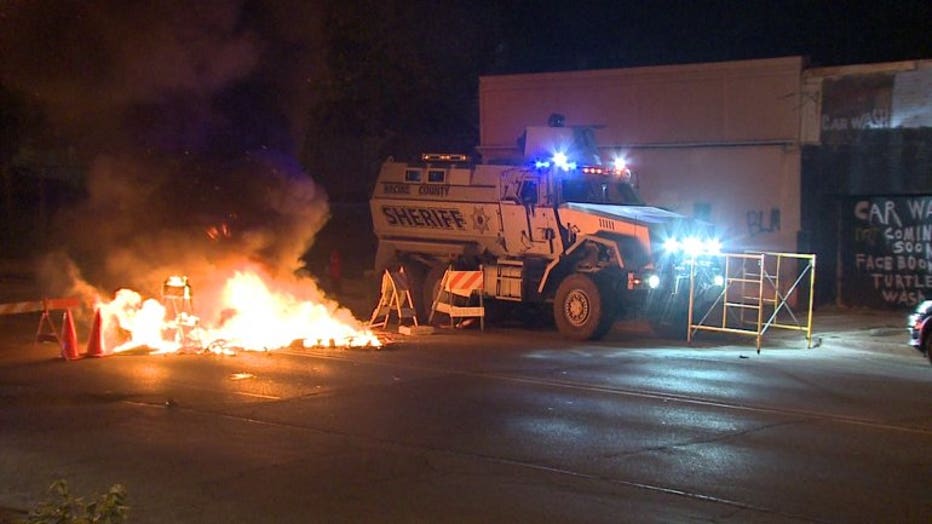 Near 4th Street and Center Street, a gas station was looted. The store was packed with people taking merchandise.

Wisconsin Gov. Tony Evers on Saturday called on the Wisconsin National Guard to help support law enforcement in Milwaukee following protests over the deaths of Floyd and Joel Acevedo, who died in April after an altercation with a Milwaukee police officer, that turned violent Friday night.

More than a dozen businesses were damaged and about 50 people were arrested Friday night into Saturday, Milwaukee Police Chief Alfonso Morales said in a statement.

Amid the curfew, while Saturday was a calmer night than Friday, there were a few break-ins and other issues amid the ongoing protests.

Chief Morales noted two incidents occurring here -- peaceful protesting that goes on throughout the day as part of our First Amendment right, and the criminals who decide to riot and loot at night.

He noted several reports of shots fired Saturday into Sunday, reckless driving and the tearing up of stores. He said officers were pelted with glass and rocks, and one was shot and wounded on Saturday morning.

Chief Morales said the vast majority of protesters are exercising their rights in a peaceful manner, but pointed his remarks Sunday at those who, he said, are not -- looting and vandalizing more than 20 businesses Saturday night. The police chief said the businesses being targeted are already struggling amid the coronavirus pandemic, and are businesses community members rely on that are owned by community members.

"During the last 48 hours, more than 60 arrests have been made," said Chief Morales Sunday. "The reckless, destructive behavior, criminal behavior HAS to end."