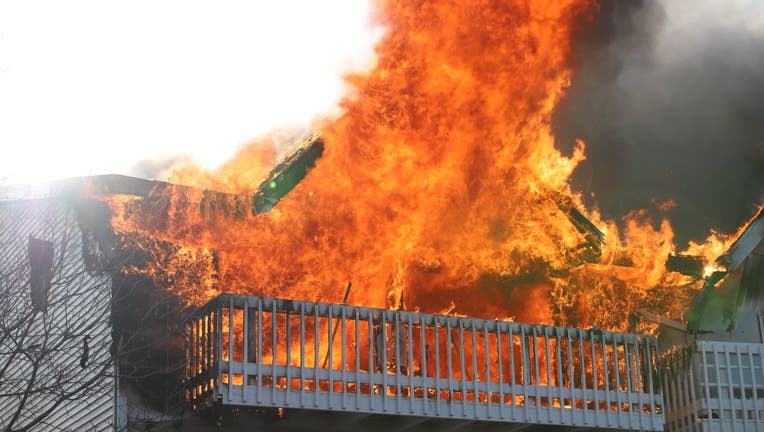 HARTLAND, Wis. - Tenants of a Hartland apartment building were evacuated Wednesday morning after a fire broke out.

The Hartland fire and police departments were called to the fire, in the area of State Highway 16 and North Avenue, just after 8:30 a.m.

Upon arrival, flames were seen coming from the building's roof. All tenants were safely evacuated. One person was taken to the hospital for treatment of minor injuries.

The incident remains under investigation. More than a dozen other agencies assisted the Hartland authorities at the scene.

A Wisconsin State Patrol squad was struck by a vehicle on southbound I-41/94 near Highway 20 in Racine County on Wednesday morning, March 31.