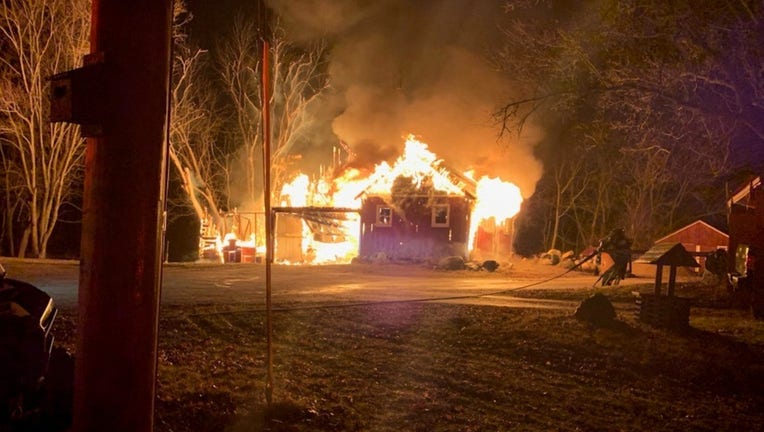 Fire near 67th and Spring Street in Village of Yorkville

VILLAGE OF YORKVILLE, Wis. - Firefighters on Wednesday morning, March 24 were called out to the scene of a fire at an unoccupied farmhouse near 67th and Spring Street in the Village of Yorkville. The call came in around 2:30 a.m.

According to the Racine County Sheriff's Office, while on a routine patrol a deputy observed heavy dark smoke and flames coming from a residence.

It was then discovered that an unoccupied old farmhouse was fully engulfed in fire, which was approximately 50 feet from the primary residence on the property.

The homeowners were unaware that the adjacent farmhouse was on fire and were sleeping during this time. The deputy was able to have the homeowner and his family successfully evacuate their residence.

No one was injured during this incident, but it is believed that four chickens did not survive.

The resolution authorizing the investigation passed on a 58-35 party line vote, with all Republicans in support and all Democrats against.

MPS board approves amended plan to return to in-person learning

After more than seven hours of debate, the Milwaukee Public Schools Board voted to approve an amended timeline for kids to return to in-person learning.

The Milwaukee County Sheriff's Office has a new tool in the fight against crime. Deputies debuted their Drone Unit on Tuesday, March 23.&nbsp;