MILWAUKEE -- Officials on Sunday, April 9th said a fire impacting three buildings at the University of Wisconsin-Milwaukee's Peck School of the Arts Saturday night is believed to have been accidental, and caused an estimated $1 million in damage. 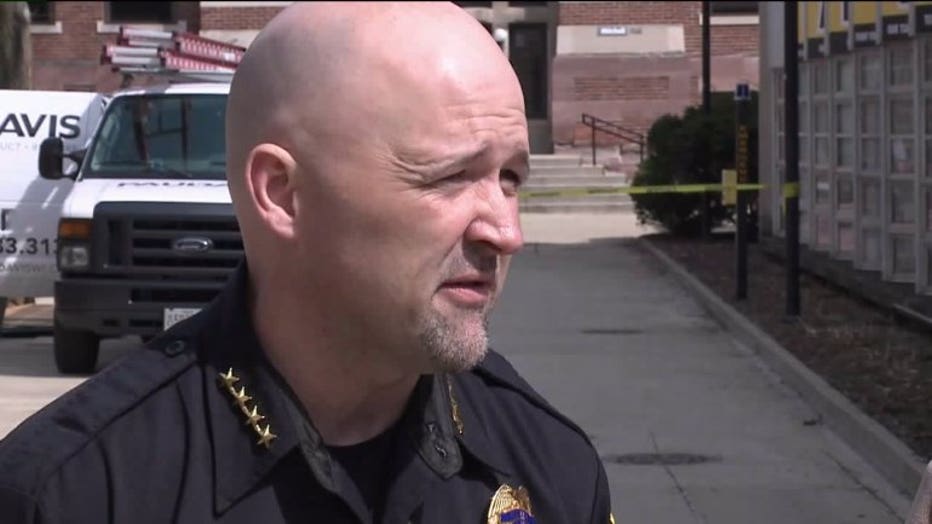 UWM Police Chief Joseph LeMire said Sunday afternoon the Milwaukee Fire Department and Milwaukee police responded to the building around 10:00 p.m. after reports of fire coming from the building. No one was inside the building at the time. Chief LeMire said this fire is believed to be accidental, and there's nothing to suggest it's suspicious or there's foul play involved. 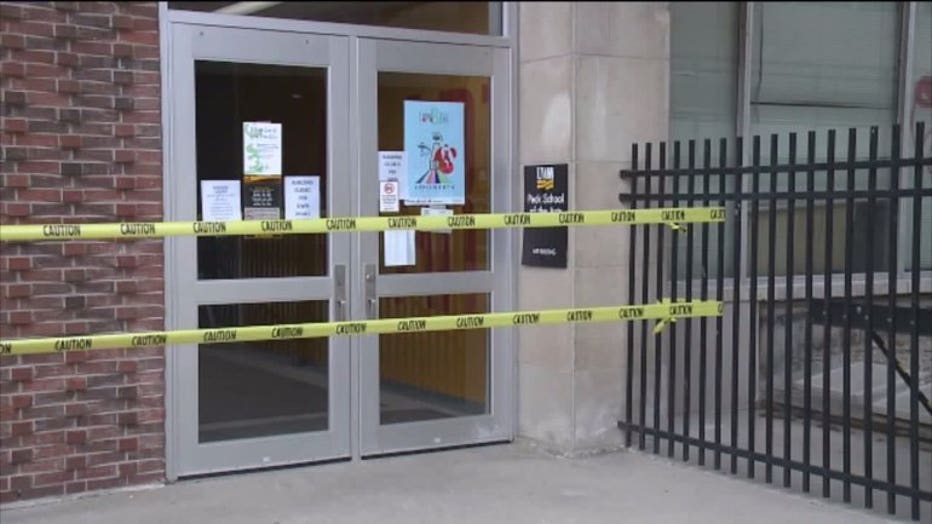 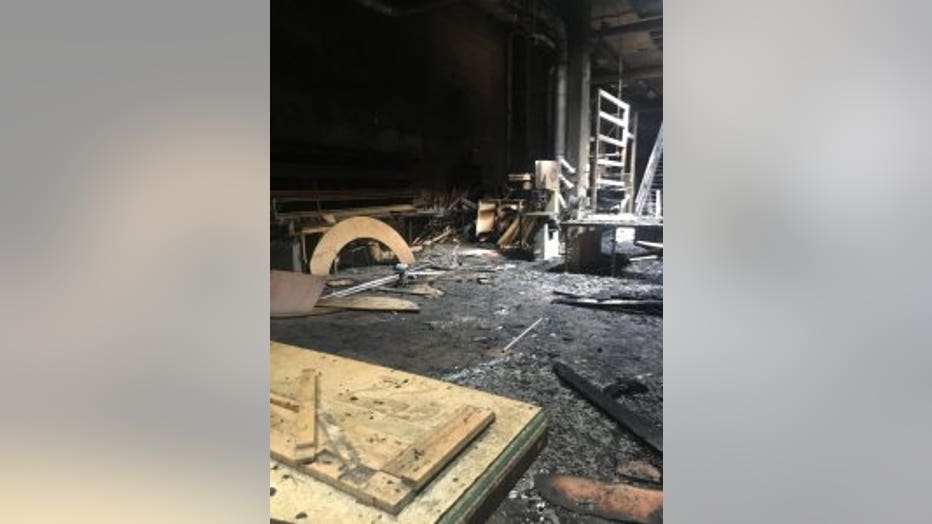 It is believed the fire started on the west side entrance to the theater building, a backstage area where items are built for theater productions. Chief LeMire said there was a group working in the building Saturday night, and they left around 8:00 or 8:30 p.m.

"It's a work area behind the theater. That's the spot they'd build items for theater productions -- wood, metal and other items like that and we believe that through that production is where that accidental fire occurred," Chief LeMire said.

Chief LeMire said the preliminary damage estimate is $1 million, and that includes fire, water and smoke damage. He noted they won't have an exact amount until they can get into the building and evaluate the damage. 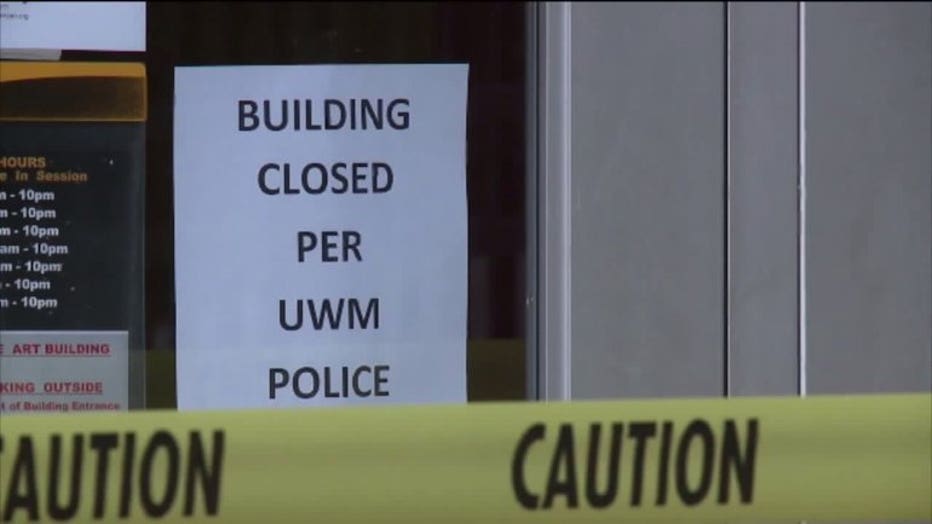 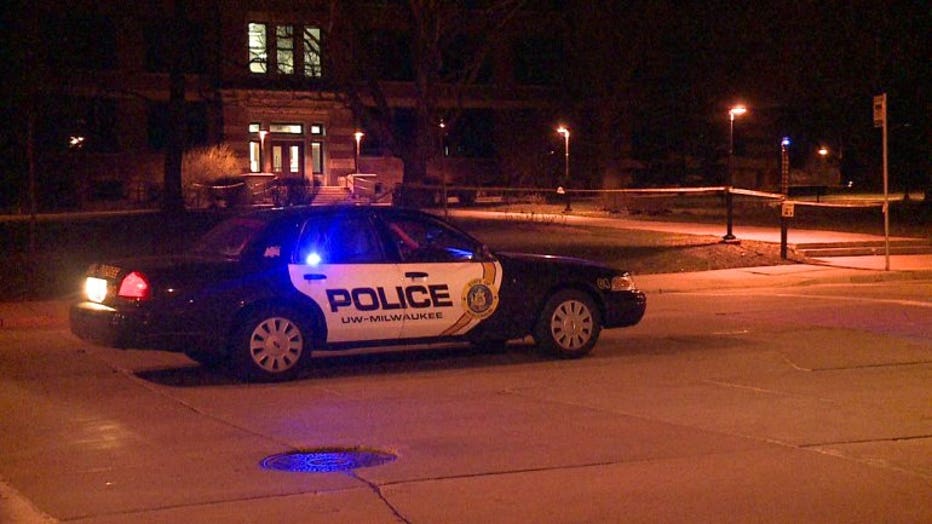 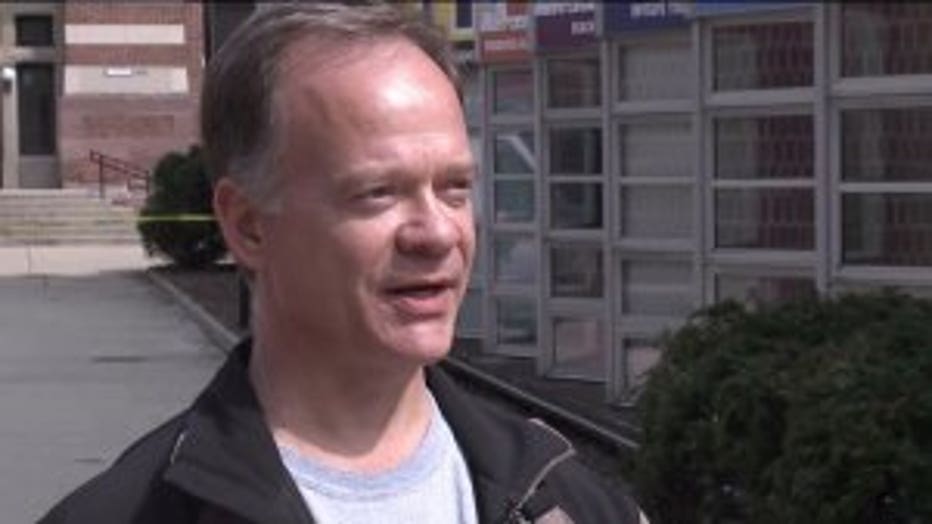 Scott Emmons, dean of the Peck School of the Arts

Emmons said the community has already responded and offered to help.

"The UWM community, the student union will help with relocation of classes. Churches, different theater companies said they would help so we can have our final productions of the academic year," Emmons said.

"Arcadia" will go on, Emmons said, just not at the Peck School of the Arts. The exact location for that production hasn't yet been determined.

Emmons said emails were sent to students on Sunday, and messages are being posted to social media to keep students and faculty informed. 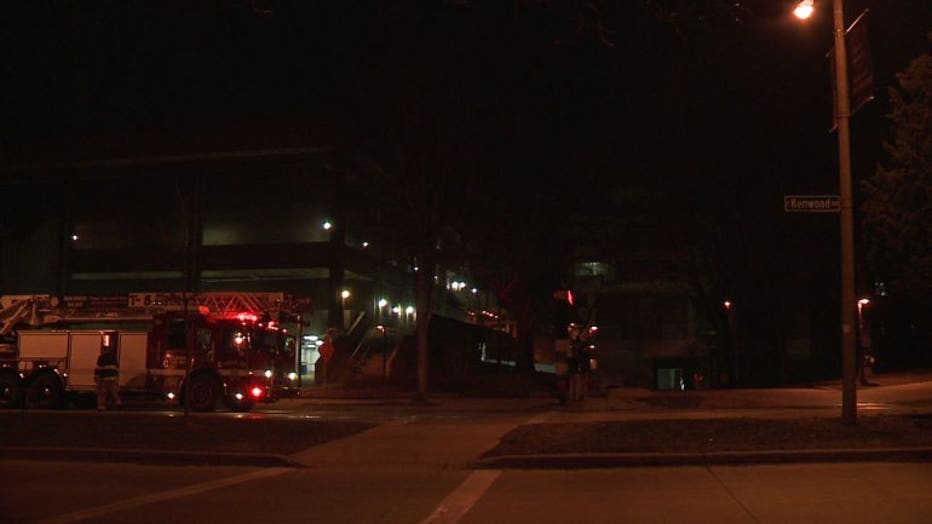 Randall Trumbull-Holper, who oversees these facilities, said as an alumnus of the program, it was emotional to see the fire and resulting damage.

"I was immediately thinking this couldn't have happened at a worse time. The final five weeks of the semester are busy. How are we going to take care of our students?" Trumbull-Holper said. 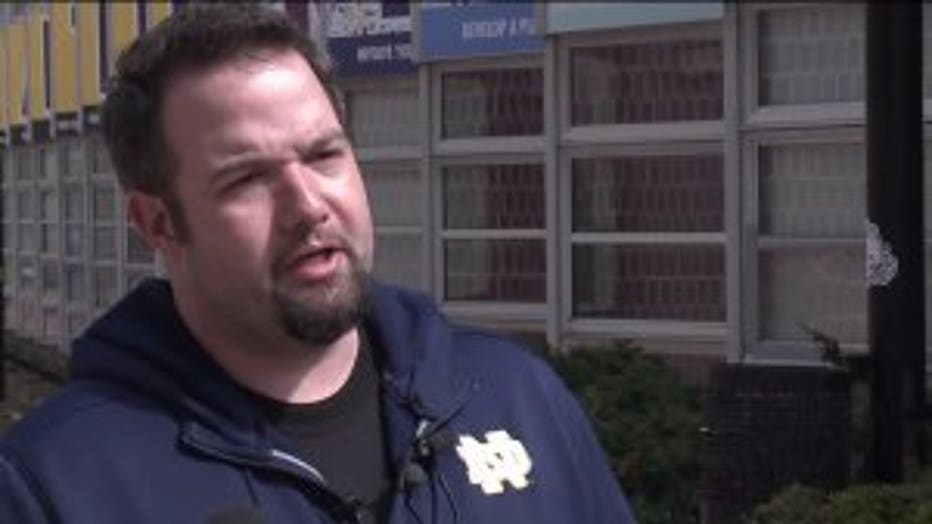 Trumbull-Holper said most of the fire damage was contained to the "backstage area," while the theater itself has suffered water and smoke damage, and some of the water has seeped into other buildings. He said smoke damage is pretty substantial in all three buildings.

"A lot of cleanup will be necessary," Trumbull-Holper said. "High schools and professional companies have reached out to help -- musical groups as well. It's very gratifying. We're going to be working every day from now until fall to make sure we're up and running, and (the students) get what they need to finish the semester, and they get the quality education and finish their projects and shows."

UW-Milwaukee's Chancellor, Mark Mone, issued the below message after this fire:

Many Peck School of the Arts classes will be cancelled Monday and Tuesday after a fire in the school’s Theater building on Saturday night. No one was in the building at the time, and we are very thankful that there were no injuries.

You may already have read news reports about the fire, which was discovered about 10 p.m. We believe that it started in the set/scenery shop, and although the cause is still under investigation, we believe the fire was accidental and not suspicious. I am extremely grateful to the Milwaukee Fire Department and the UWM and Milwaukee police departments for their swift response and outstanding service. I also want to thank Peck School of the Arts Dean Scott Emmons for his tireless leadership during and after the fire. Randy Trumbull-Holper, PSOA Director of Facilities, and Geoff Hurtado, Associate Vice Chancellor, Facilities Planning and Management, are also to be commended.

The set/scenery shop was destroyed by the fire, and the Theater and adjacent Arts and Music buildings all suffered smoke and water damage. Classes in all three buildings will be cancelled Monday and Tuesday, and ensemble rehearsals on Monday are cancelled. Dean Emmons and his staff are working to find alternate meeting places for classes and rehearsals and will share information with affected faculty members, students and staff as it is available.

The Theater, Art and Music buildings also will be closed to faculty members and staff on Monday and Tuesday. We encourage them to work from home.

Classes and rehearsals in the Zelazo Center, Kenilworth building and Mitchell Hall will be held as scheduled on Monday and Tuesday.

As you know, this is a very busy time of the school year for Peck School students, faculty members and staff. We are very grateful to the community arts groups that have already reached out to the Peck School to offer space for performances scheduled through the end of the school year. We’re also grateful to the alumni, community members and others who have offered to help with cleanup. Those wishing to help or offer aid can contact Peck School of the Arts Marketing Director Rebecca Ottman at rlottman@uwm.edu.

While the fire is an unfortunate event, I cannot stress enough how grateful I am that no one was injured and how proud I am of the fast and professional response by our faculty members and staff."