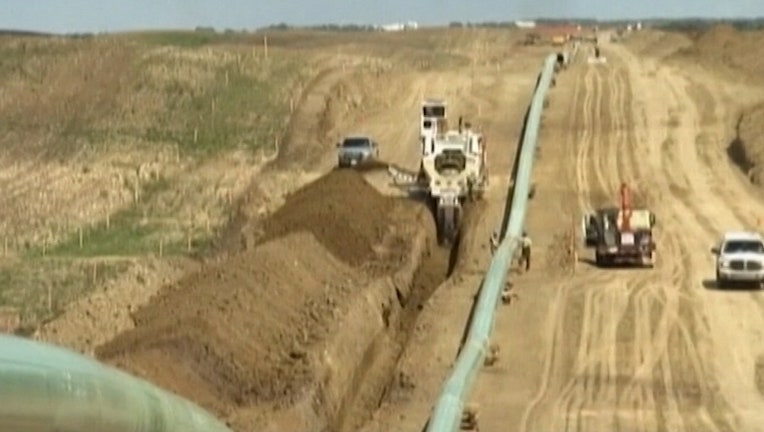 FARGO, N.D. - A federal judge faced with a motion on whether the Dakota Access oil pipeline north of the Standing Rock Indian Reservation should be shut down during an environmental review is giving the Biden administration another chance to weigh in on the issue.

U.S. District Judge James Boasberg held a hearing earlier this month to give the U.S. Army Corps of Engineers an opportunity to explain whether oil should continue to flow during its study, after an appeals panel upheld Boasberg's ruling that the pipeline was operating without a key federal permit. The Corps instead told the judge it wasn't sure if it should be shut down.

The decision not to intervene came as a bitter disappointment to Standing Rock, other tribes involved in the lawsuit and environmental groups. Even the judge appeared to be taken aback when the Corps opted to shrug it shoulders.

"I too am a little surprised that this is where things stand 60 days later," Boasberg said at hearing, referring to the three months he gave the Biden administration to catch up on proceedings. "I would have thought there would be a decision one way or another at this point."

Boasberg said in a one sentence order filed late Monday that the Corps has until May 3 to tell him when it expects the environmental review to be completed and give "its position, if it has one," on whether the pipeline should be shut down. The Corps said earlier it expected the review to be done by March 2022.

Attorneys for the pipeline’s Texas-based owner, Energy Transfer, have argued that shuttering the pipeline now that economic conditions are improving would cause a major financial hit to several entities, including North Dakota, and the Mandan, Hidatsa and Arikara Nation located in the state's oil patch.

Attorneys for Standing Rock, which straddles the North and South Dakota border, and other tribes said in court documents that Dakota Access is exaggerating the economic losses. And no matter what the true figure is, Standing Rock said, it should not come at the expense of other tribes "especially when the law has not been followed."

The $3.8 billion, 1,172-mile (1,886-kilometer) pipeline was the subject of months of protests in 2016 and 2017, sometimes violent, during its construction. Standing Rock continued to press legal challenges against the pipeline even after it began carrying oil from North Dakota across South Dakota and Iowa to a shipping point in Illinois in June 2017.

The aviation event that draws hundreds of thousands of people to Oshkosh returns this summer after the COVID-19 pandemic forced organizers of EAA AirVenture to cancel last year's gathering.

Fans can get COVID-19 vaccine at Sunday Bucks game

The Milwaukee Bucks and the Milwaukee Health Department have partnered to bring a mobile vaccination site to Fiserv Forum on Sunday, May 2.

You can now test yourself for the coronavirus at home

For $24, you can now test yourself for the coronavirus at home and get results in 15 minutes. No prescription is required.