MILWAUKEE (WITI) -- A jackpot decision, or a $100 million gamble? The Federal Bureau of Indian Affairs handed down a decision on Friday, January 9th that greatly impacts a proposed casino in Kenosha. The ruling could have a huge impact on Governor Scott Walker's decision to build or not to build a Kenosha casino.

The Bureau says it is rejecting an amendment to Wisconsin's compact with the Forest County Potawatomi Tribe. 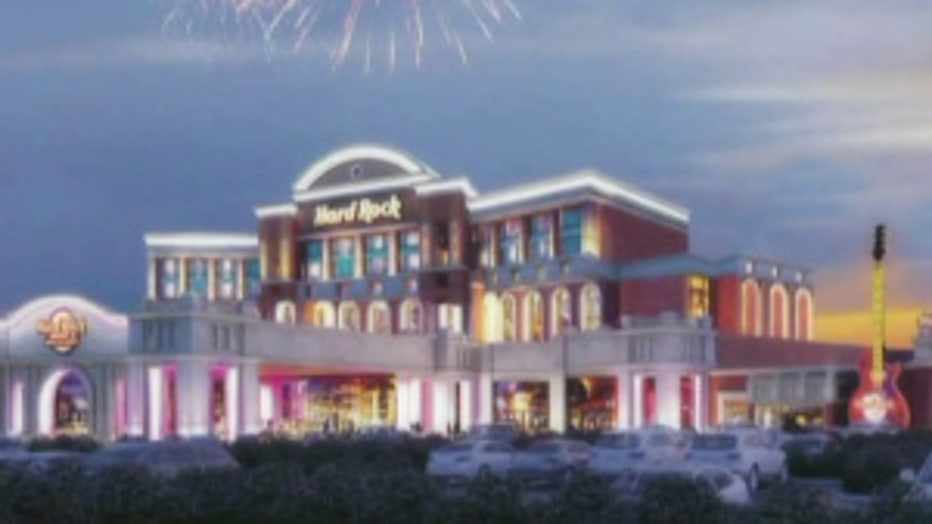 If the amendment had been approved, it may have put the state on the hook to make up any money the Potawatomi Tribe lost -- if the Menominee Tribe built a Hard Rock Casino in Kenosha. A risk, that would likely cause the governor to kill the plan.

At first, the Menominee Tribe promised they would pay for any lost income, but have since back tracked.

The Menominee Tribe is celebrating the move, saying the governor can decide what's best for the entire state, with a clear path to negotiations.

The Potawatomi Tribe says Friday's decision does nothing to clarify the state's risk.

Brian Nemoir, is the spokesperson for Enough Already Wisconsin -- the group advocates against new gaming in the state. He says while the news is boosting Kenosha supporters, it doesn't make the governor's choice any easier.

With the amendment being rejected, a Menominee tribal spokesperson thinks it'll be easier for Gov. Scott Walker to approve the Kenosha casino. The governor has until February 19th to make a final decision.

The Hard Rock Casino Project team released this statement on the BIA decision:

"Today, the Bureau of Indian Affairs rejected a proposed amendment to the gaming compact between the Forest County Potawatomi Community and the State of Wisconsin. The Doyle compact required the State of Wisconsin to participate in arbitration with the Forest County Potawatomi Community before the governor could approve Menominee's project.

We are pleased with Governor Walker's leadership in overcoming the obstacles created by the Doyle compact amendment. We trust the governor will reach the same conclusion as so many others already have -- Menominee's Kenosha project is in the best interests of the 5.7 million citizens of the State of Wisconsin. We agree with the Governor that Wisconsin is open for business, and ready to reap the benefits of 10,600 new jobs and a capital investment of $1.6 billion.

Laurie Boivin, Chair of the Menominee Tribal Legislature, said: "As the clock winds down to the ultimate deadline of Feb. 19th, we remain focused on teh goal of reaching a win-win-win decision that provides Wisconsin much needed revenue, creates thousands of new jobs from Kenosha to Keshena, invests more than $800 million in Kenosha and Southeast Wisconsin, and brings new income to the Menominee Tribe of Wisconsin to address a range of social issues."

“While it is unfortunate that the Bureau of Indian Affairs (BIA) has rejected this compact amendment, the Potawatomi are confident that it will be re-instated by the courts. The Potawatomi will be filing a lawsuit in federal court in the coming days and are confident this
compact amendment will eventually become legally binding. With less than 45 days until the February 19 deadline, BIA’s unlawful rejection only adds to the risk that this massive expansion of gaming could cost the State of Wisconsin hundreds of millions of dollars over multiple years. The Potawatomi remain confident that Governor Walker will not find it in the best interest of Wisconsin to approve a project that could simultaneously cost the State hundreds of millions of dollars over multiple years and send hundreds of millions of dollars to Florida."

Brian Nemoir, Executive Director of Enough Already! WI, a coalition opposed to the expansion of off-reservation gaming said the following in a statement:

"The great promise of a Kenosha Casino comes with even greater risks to the taxpayers of our state. Today’s action by the BIA does nothing to clarify the legal and financial concerns Gov. Walker has discussed and must consider with a looming deadline for consideration.

"The BIA’s obligation is to consider compacts as they relate only to the tribal community, today’s unfortunate BIA decision to reject the amendment which would have clarified the state’s legal and related compensatory commitment shows their narrow scope of consideration and blatant disregard for Wisconsin taxpayers."