WASHINGTON — A federal watchdog agency recommended Thursday that President Donald Trump fire one of his most ardent defenders, counselor Kellyanne Conway , for repeatedly violating a law that limits political activity by government workers.

The U.S. Office of Special Counsel, which is unrelated to special counsel Robert Mueller's office, said in a letter to President Trump that Conway has been a "repeat offender" of the Hatch Act by disparaging Democratic presidential candidates while speaking in her official capacity during television interviews and on social media.

President Trump and Vice President Mike Pence are exempt from the Hatch Act, but there are no exceptions for White House employees. 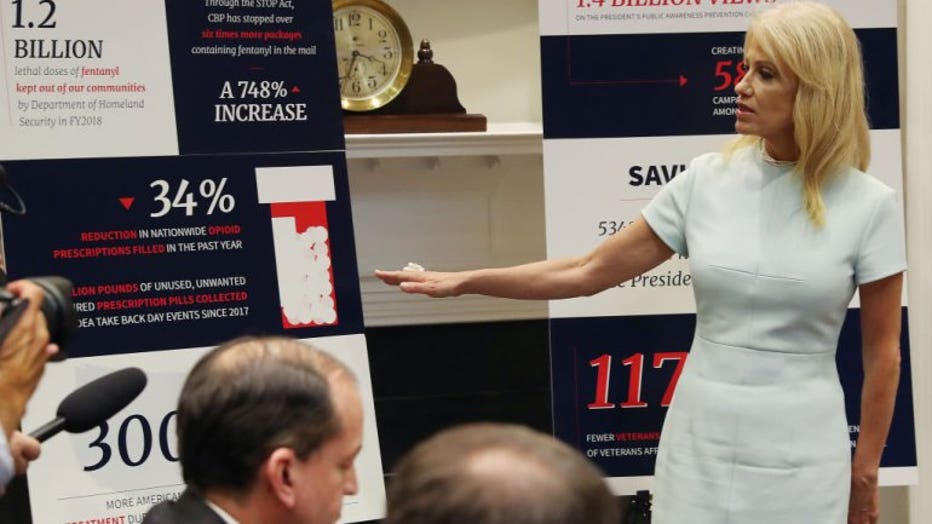 WASHINGTON, DC - JUNE 12: White House counselor Kellyanne Conway speaks during a roundtable discussion on the administration's efforts to combat the opioid epidemic, in the Roosevelt Room at the White House on June 12, 2019 in Washington, DC. (Photo

The agency does not have authority to fire Conway, who was appointed counselor by President Trump, so it would up to the president to follow its recommendation and dismiss one of his most unwavering defenders.

The agency's letter states: "Ms. Conway's violations, if left unpunished, would send a message to all federal employees that they need not abide by the Hatch Act's restrictions. Her actions thus erode the principal foundation of our democratic system_the rule of law."

Conway told reporters who encountered her in the White House press office, "I have no reaction." 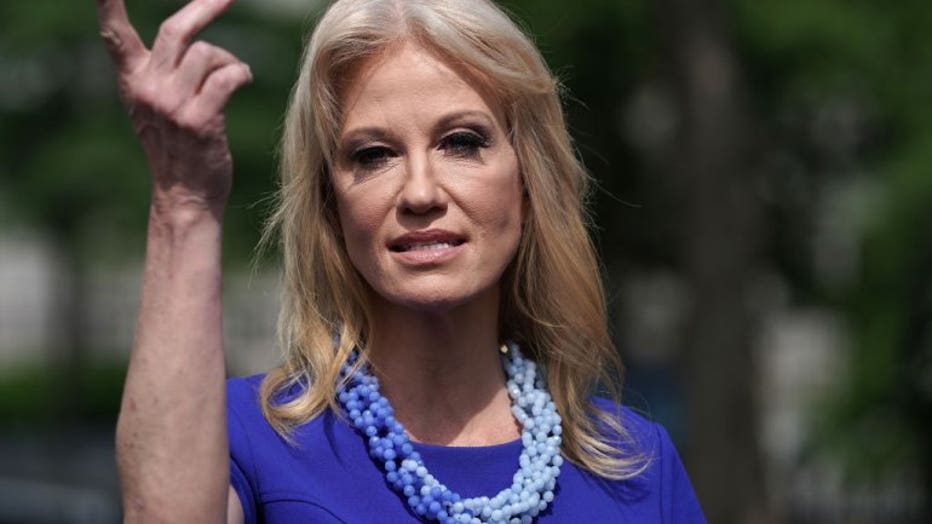 WASHINGTON, DC - MAY 23: White House Counselor to the President Kellyanne Conway talks to reporters following an interview with FOX News outside the West Wing May 23, 2019 in Washington, DC. Conway was asked about President Donald Trump's abrupt depa

"Its decisions seem to be influenced by media pressure and liberal organizations — and perhaps OSC should be mindful of its own mandate to act in a fair, impartial, non-political manner, and not misinterpret or weaponize the Hatch Act," Groves said in a statement.

The Office of Special Counsel stated that, during a May 29 media interview, Conway minimized the significance of the law as applied to her.

When asked during the interview about the Hatch Act, Conway replied: "If you're trying to silence me through the Hatch Act, it's not going to work," and "Let me know when the jail sentence starts."

In March 2018, the special counsel's office found that Conway violated the law during two television interviews in which she advocated for and against candidates in the 2017 Alabama special election for U.S. Senate .

Career government officials found to have violated the Hatch Act can be fired, suspended or demoted, and fined up to $1,000.

Conway has been a fiery defender of President Trump, doing so during frequent appearances on cable TV news programs and in talks with reporters at the White House. President Trump has praised her for her "success" in her career.

Conway is a former pollster who helped Trump win election in 2016 as his campaign manager.