MILWAUKEE -- The FBI is offering a reward of up to $10,000 for information leading directly to the arrest of an unknown serial bank robber.

A post by the FBI indicates the man has robbed banks four times already this year in February, June, July and August. He is to be considered armed and dangerous. 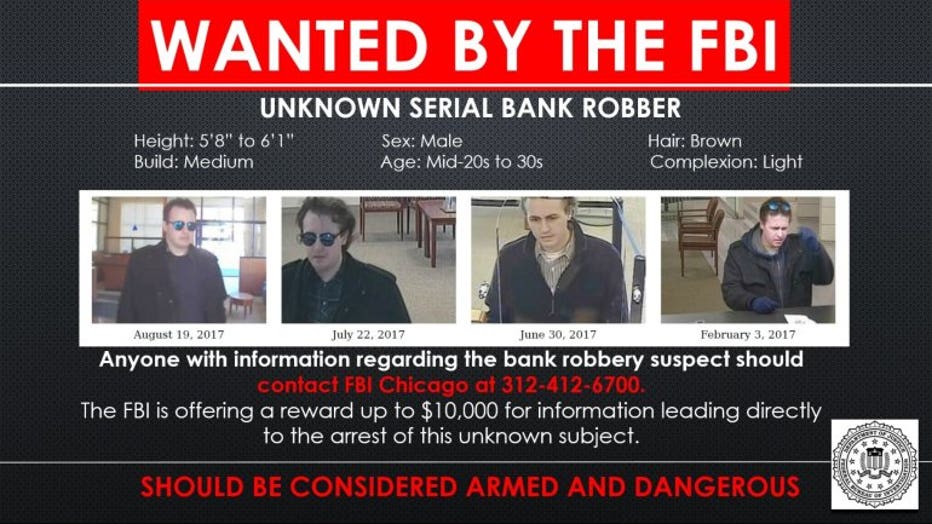 The suspect is described as a male, white, between 20 and 30 years old, about 5'8" to 6'1" tall with a medium build, brown hair and a light complexion.

If you have information that could help authorities capture this suspect, you're urged to contact FBI Chicago at 312-412-6700.